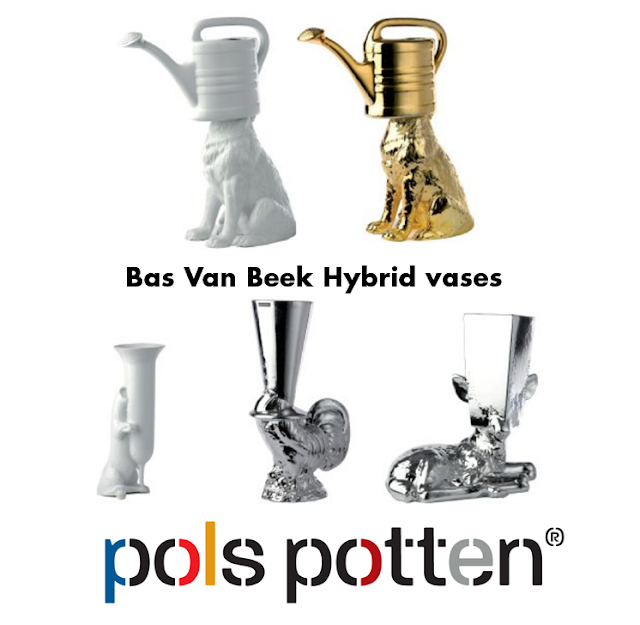 Dutch designer/artist Bas Van Beek has earned a reputation as an anti-elitist artist and a harsh critic of others.

When it comes to working with ceramics, he playfully combines existing objects, exemplifying that present technological processes may be used for generating new forms which devalue the meaning of limited editions.

His first collection called “Rip-Offs,” was followed up with “Prequels" (both can be seen here) and now his "Hyper hybrids."

But his five Hybrid vases for Pols Potten, the Netherland modern interior design company, are what I wanted to share with you. Available in white, silver or gold, they fuse animals with objects to become functional and fun pieces. 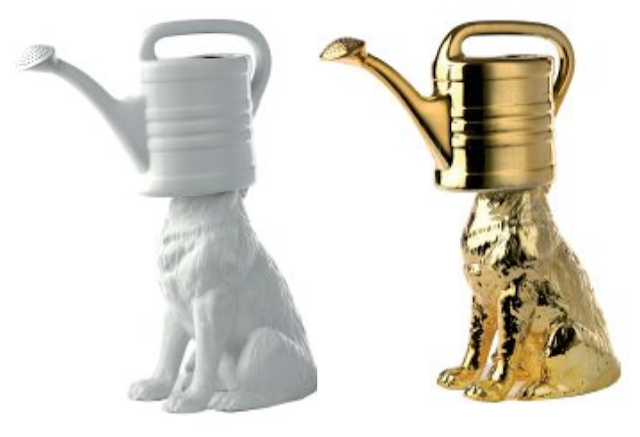 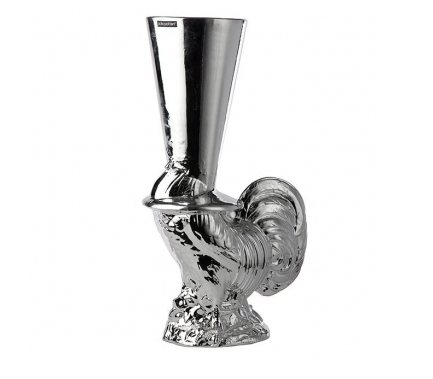 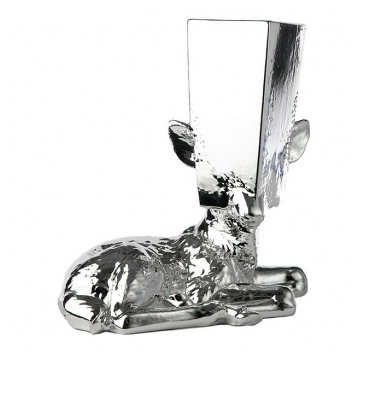 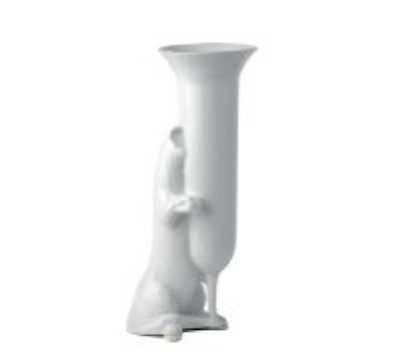 Three of his hybrid vases glazed in gold lustre were part of his exhibit at the Glass and Ceramics Gallery in Wroclaw: 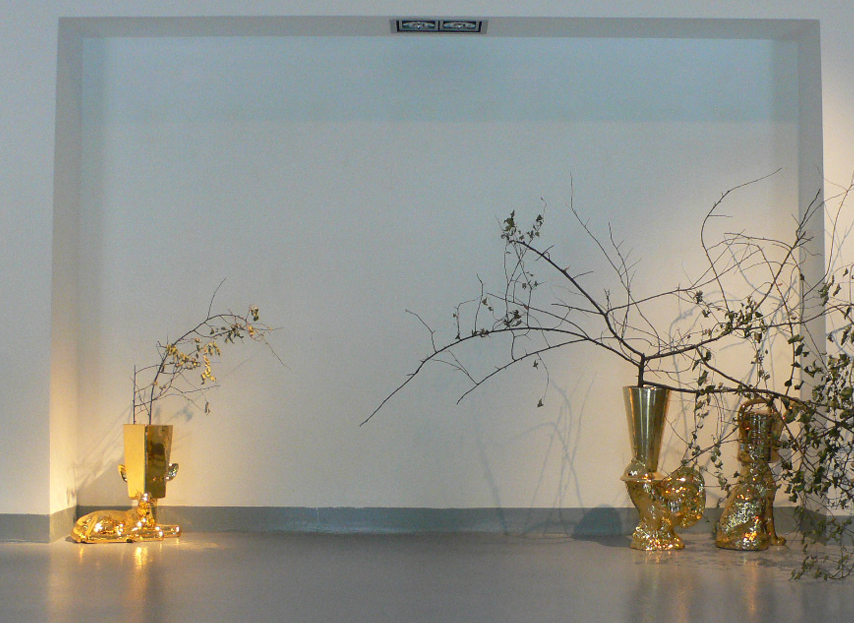 above photo courtesy of designws