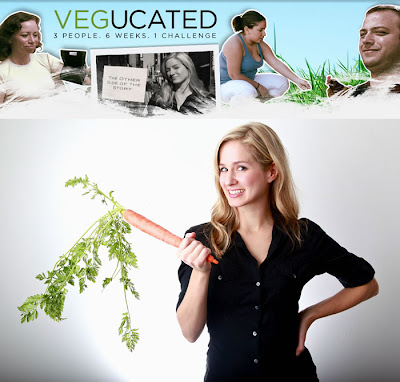 Part sociological experiment and part adventure comedy, Vegucated is a award-winning documentary that follows three meat and cheese-loving New Yorkers from different backgrounds who, for six weeks, adopt a vegan diet and a whole new way of thinking about food.

Now, personally, I love my artery clogging animal parts and fat-laden dairy so much I fear I'd never participate in such an experiment. Nor, do I want to know the ugly truth behind how my meat is treated and prepared (I've seen all those tragic PETA films). That being said, the trailer for this documentary made me feel instantly shamed and admittedly piqued my curiosity.

Vegucated is a feature-length documentary that follows three meat and cheese-loving New Yorkers who agree to adopt a vegan diet for six weeks. There’s Brian, the bacon-loving bachelor who eats out all the time, Ellen, the single mom who prefers comedy to cooking, and Tesla, the college student who avoids vegetables and bans beans. They have no idea that so much more than steak is at stake and that the fate of the world may fall on their plates. Lured with true tales of weight lost and health regained, they begin to uncover hidden sides of animal agriculture and soon start to wonder whether solutions offered in films like Food, Inc. go far enough. Before long, they find themselves risking everything to expose an industry they supported just weeks before. 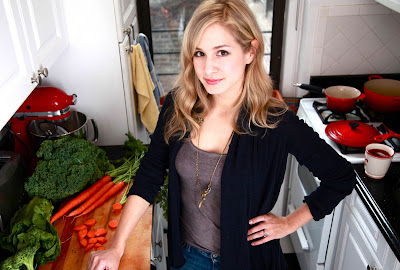 But can their conviction carry them when times get tough? What about on family vacations fraught with skeptical step-dads, carnivorous cousins, and breakfast buffets?

Part sociological experiment, part science class, and part adventure story, Vegucated showcases the rapid and at times comedic evolution of three people who share one journey and ultimately discover their own paths in creating a kinder, cleaner, greener world, one bite at a time.

If you are interested in renting/buying the DVD, taking the challenge for yourself, reading reviews of the film or learning more about the entire project, their sponsors and community groups, visit getvegucated.com