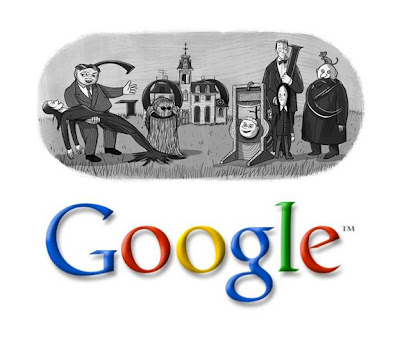 In celebration of what would be his 100th birthday, Google honors Charles Addams with a "horror" doodle. The American cartoonist was best known for his black humor and macabre characters. His first drawing in The New Yorker ran on February 6, 1932 (a sketch of a window washer), and his cartoons ran regularly in the magazine from 1938, when he drew the first instance of what came to be called the Addams Family, until his death. He was a freelancer throughout that time. 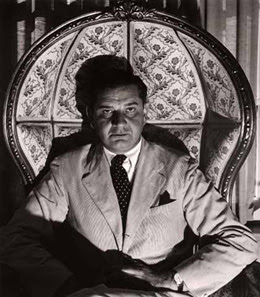 Born 1912 in Westfield, New Jersey, he signed his cartoons as Chas Addams.

The Google logo shows some of his figures who became known as the "Addams Family"; Gomez Addams, Morticia Addams, Pugsley Addams, Wednesday Addams, Uncle Fester, Grandmama, Lurch, Thing and Cousin It. Addams' typically styled Victorian buildings were said to be an inspiration for both Alfred Hitchcock's ("Psycho") and Edward Hopper. He died on September 29, 1988.