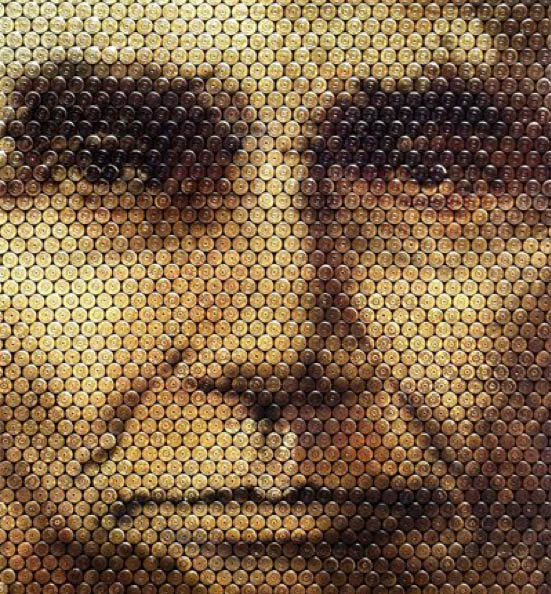 above: Abraham Lincoln (detail), made with real used bullet casings

Another artist who has found a way to use ammunition in his work, David S. Palmer, joins the ranks of these talented folks about whom I've written; Al Farrow uses bullets in his amazing reliquaries, Unearthen makes stunning jewelry of bullet casings and gems, Jason Clay Lewis has a series of engraved bullets and artist Walt Creel uses bullet holes to create his artwork.


So what does David do with bullets? He uses spent bullet casings to create portraits of heroes, all of whom were actually felled by bullets, with the exception one: John Wayne. 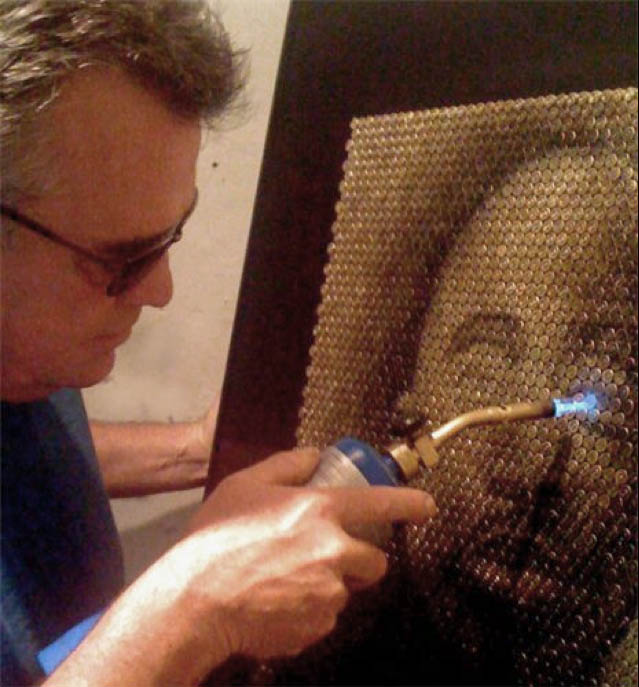 above: David uses a torch to place the finishing touches on the Tupac portrait.

A contemporary artist, David S. Palmer was born in Knox, Indiana in 1953 and studied fine art at Ball State University. In 1976 moved to Laguna Beach, California where he is now represented by Lu Martin Galleries. 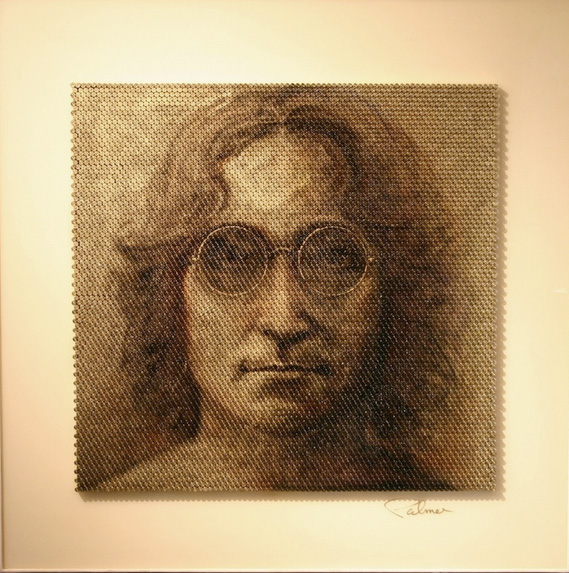 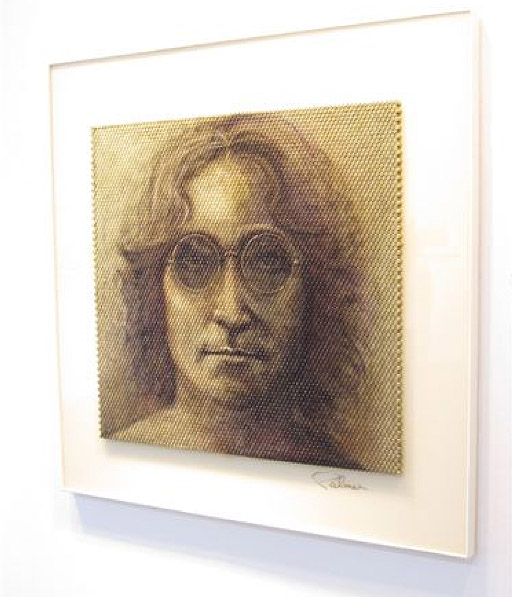 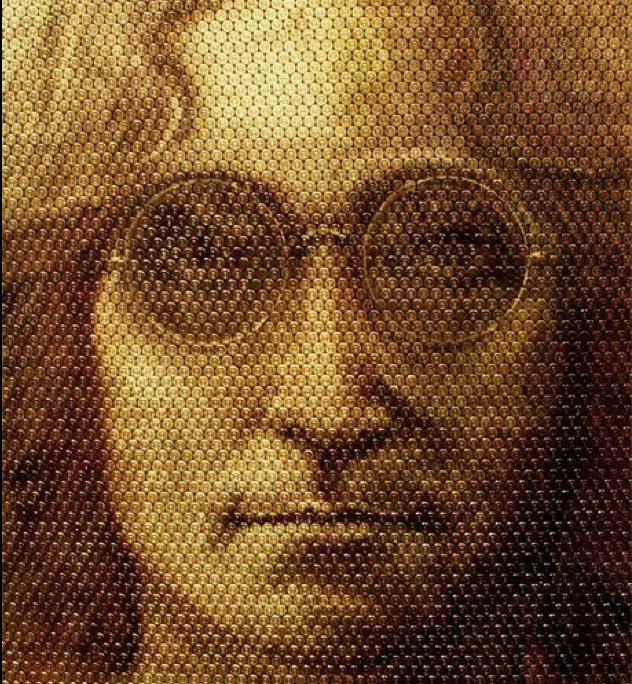 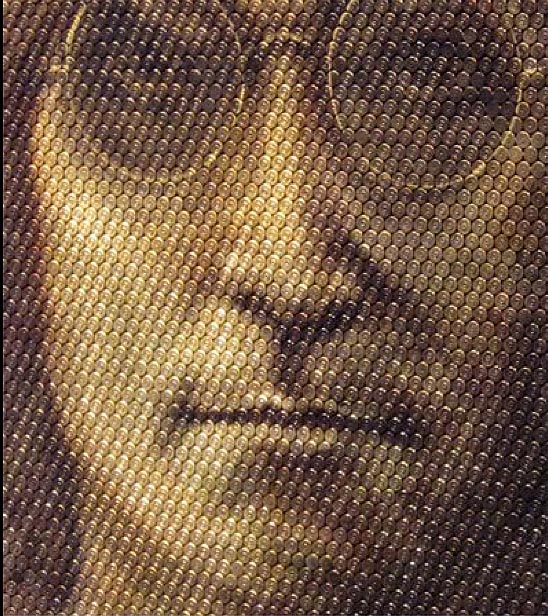 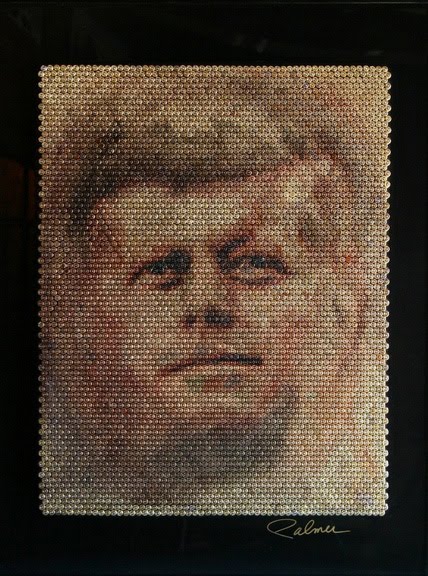 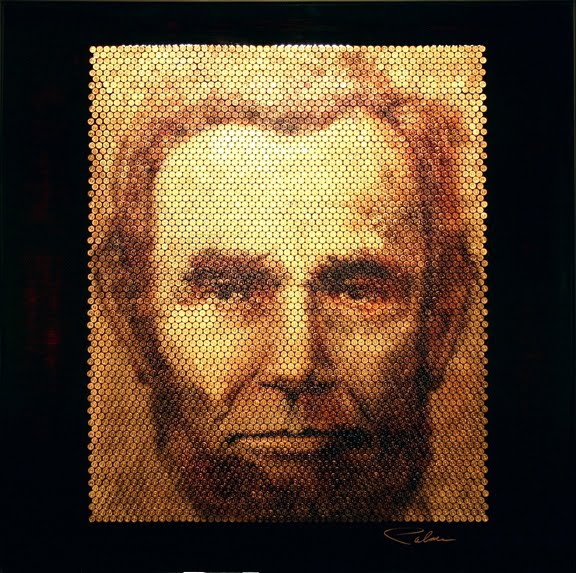 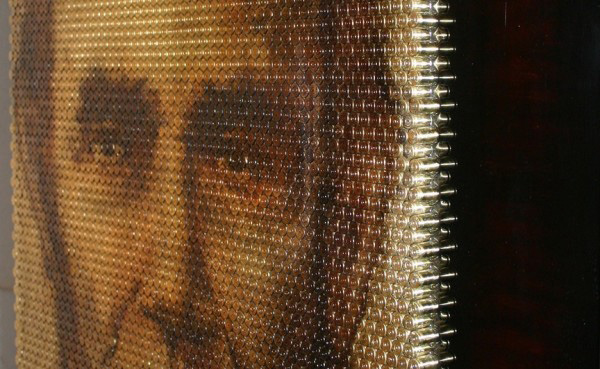 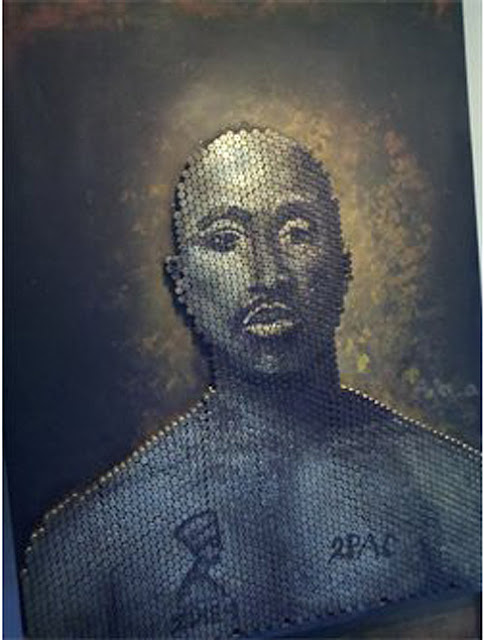 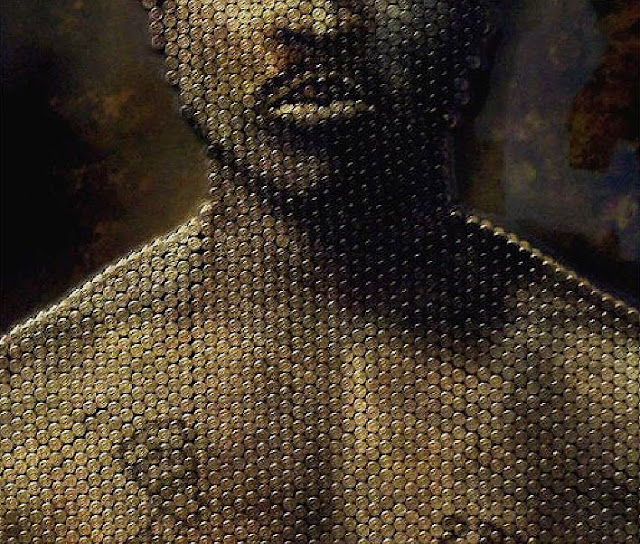 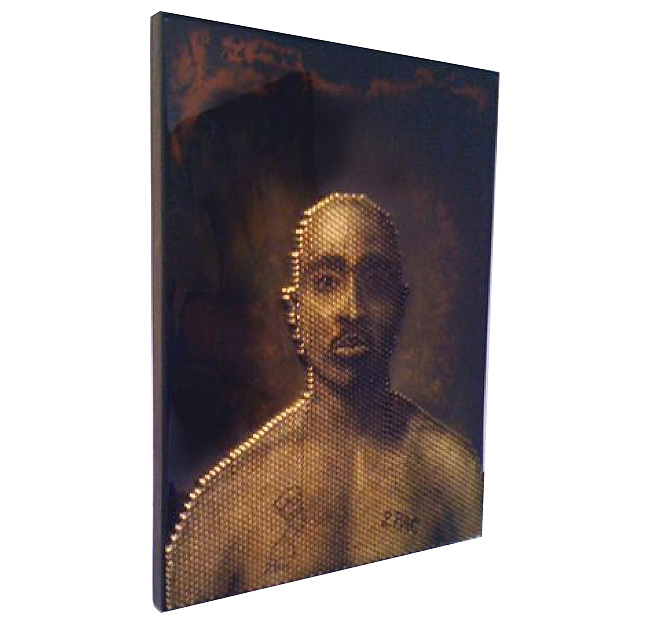 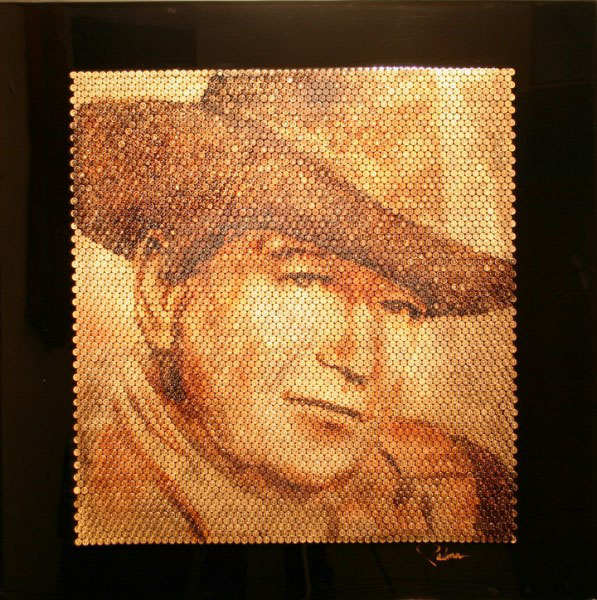 Images are all from the artist's site. Mr. Palmer, as talented as he is, could use some new photographs of his work and a much needed website redesign.