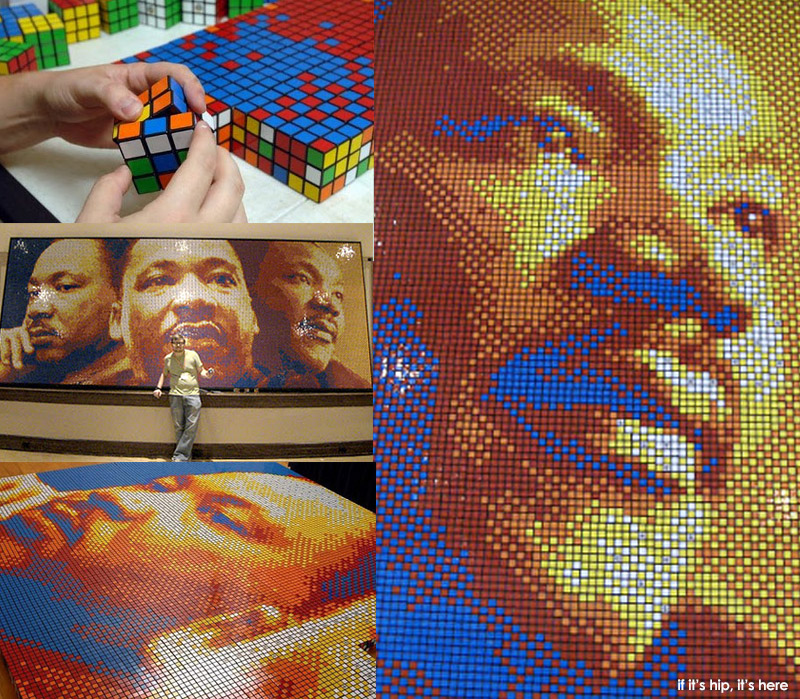 In honor of Dr. Martin Luther King Jr.'s Birthday, I'd like to share with you this mosaic montage of MLK created with solved rubik's cubes. 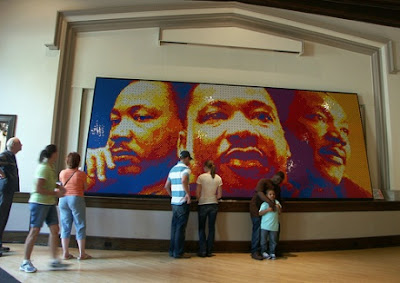 Created by Pete Fecteau, shown below in front of his work, the mural is titled Dream Big. 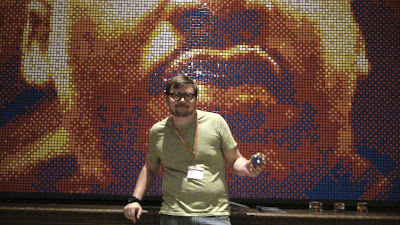 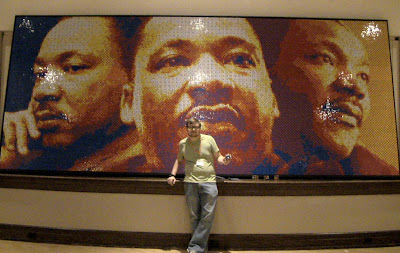 The mosaic is made of 4,242 officially licensed Rubik’s Cubes and measures just shy of 20 feet wide. 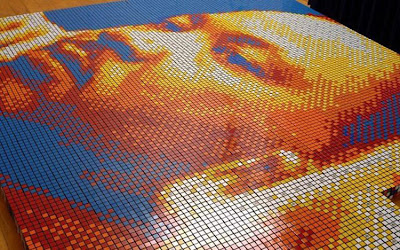 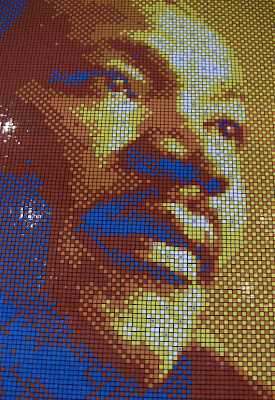 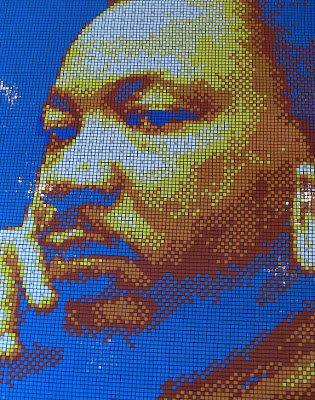 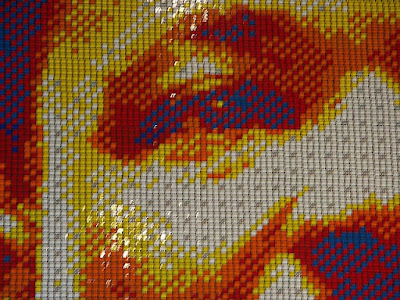 above detail photo by http://www.flickr.com/photos/bitsorf/

Pete at work on the mural: 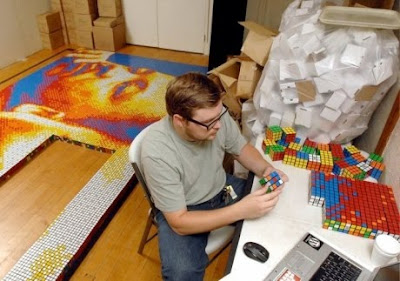 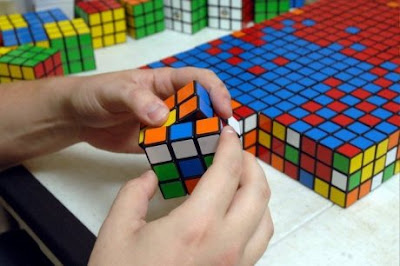 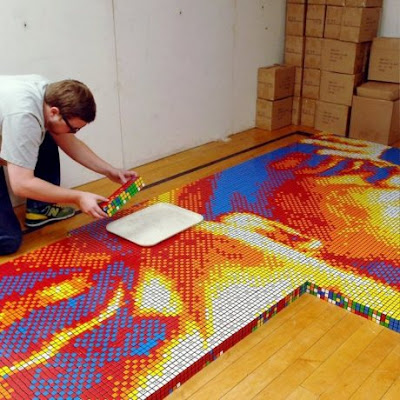 The construction process took a little over 40 hours and the final installation to about five and a half hours with 6 volunteers helping. The cubes were rented through the You Can Do The Cube organization. The mosaic was on display during the 2010 ArtPrize competition in Grand Rapids, Michigan USA from September 22nd to October 10th. There were roughly 30,000 people who came to view the mosaic during that time. “Dream Big” placed in the top 50 out of 1,700+ entries. The mosaic was left intact for a month after the competition in an attempt to sell it. The pending sale did not materialize and the mosaic was disassembled in late November and the cubes were shipped back to their originating points.

Costs:
The cubes themselves were rented for roughly $8,000 however the total cost of the project was approximately $9,000. A private donation was made for $4,000 and fundraising through special events and Kickstarter.com helped to raise the remainder.

About the Artist:
Pete Fecteau is a designer by day. He attended Kendall College of Art & Design in Grand Rapids, Michigan and attained his BFA in Digital Media Design in 2007. His design portfolio can be seen at http://buttonpresser.com. He mainly works as an interactive designer and helps build online and mobile experiences. Pete also loves illustration, painting, and sculpture and finds time between work to create more traditional art aside for his Rubik’s Cube mosaics. His wife Caitlin and he were married on August 27th, 2011 in Brighton, Michigan they both relocated to San Francisco in January, 2011 were Pete had been awarded a fellowship with Code for America.