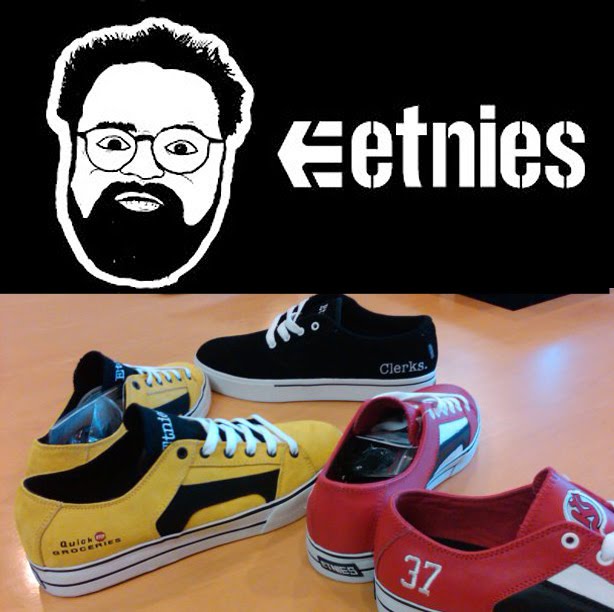 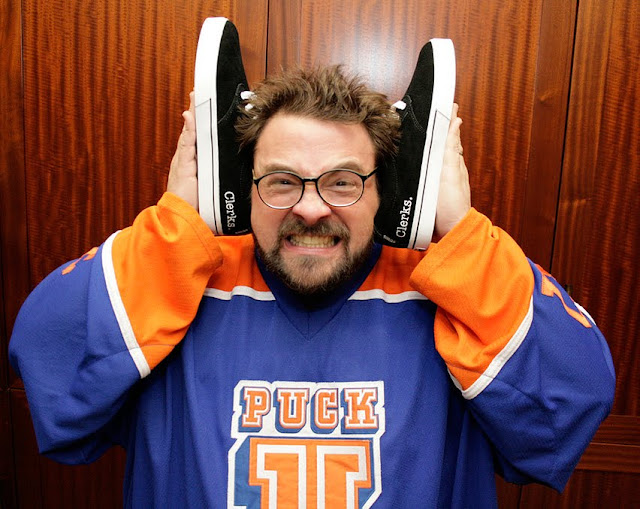 Kevin Smith, the writer, director and star of the 1994 cult flick Clerks -and the guy who was 'too fat' to fly in recent news- teamed up with skater and surfer brand Etnies for three new fun pairs of kicks inspired by his hit movie. 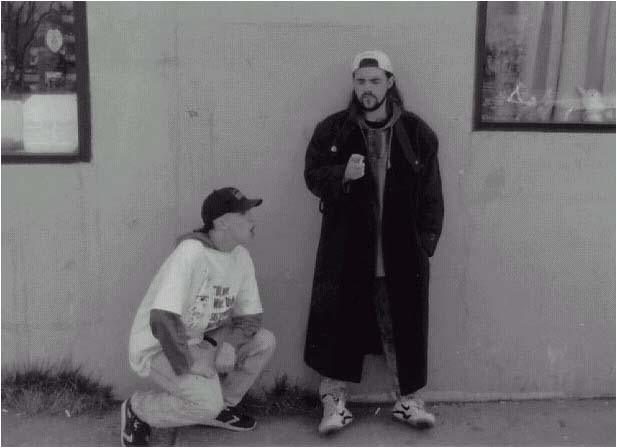 above: Kevin Smith and Jason Mewes strike a pose as their characters Jay and Silent Bob, at Comic Con

One of the pairs of shoes feature Kevin Smith and co-star Jason Mewes on the soles and the movie's logotype on the shoes. 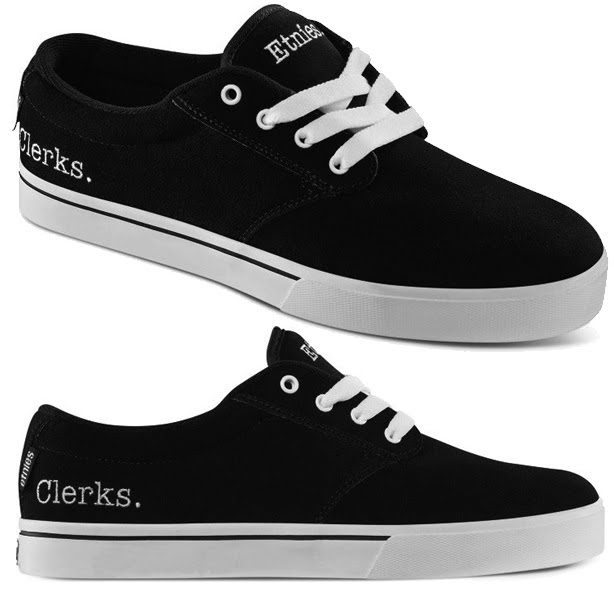 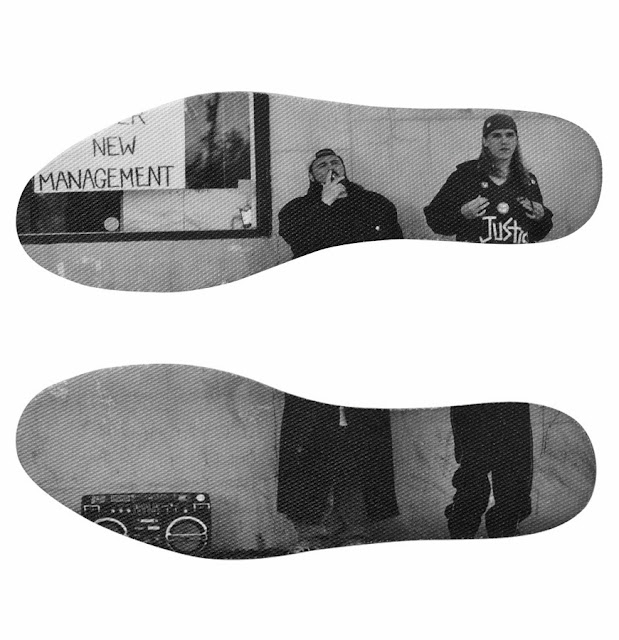 The other two Kevin Smith-inspired pairs also refer to the film Clerks. The yellow say "Quick Stop Groceries" on the heel, a reference to the convenience store in the movie. 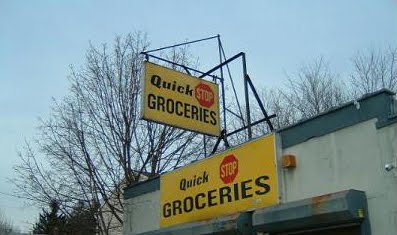 The red pair has the number "37" on it referencing this funny and memorable scene from the movie:


The Quik Stop kicks and the 37 kicks: 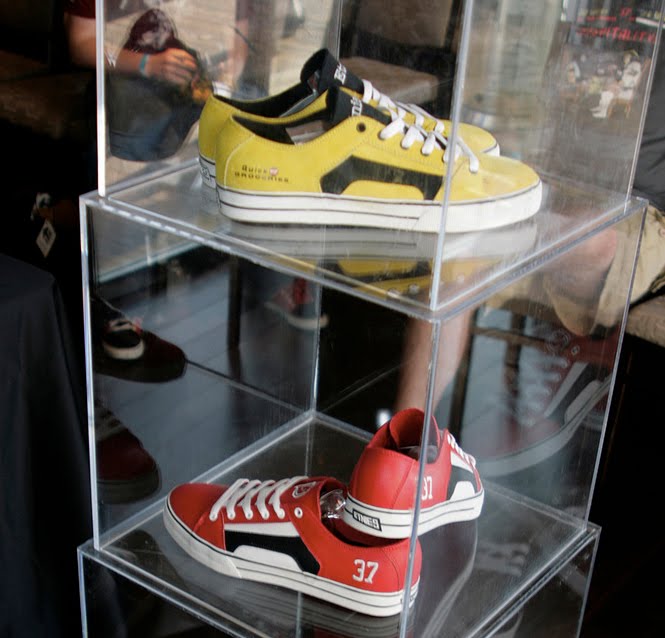 Presented as an enticing giveway at Comic Con, the shoes will be produced and available for sale at Etnies soon (date not yet announced.) 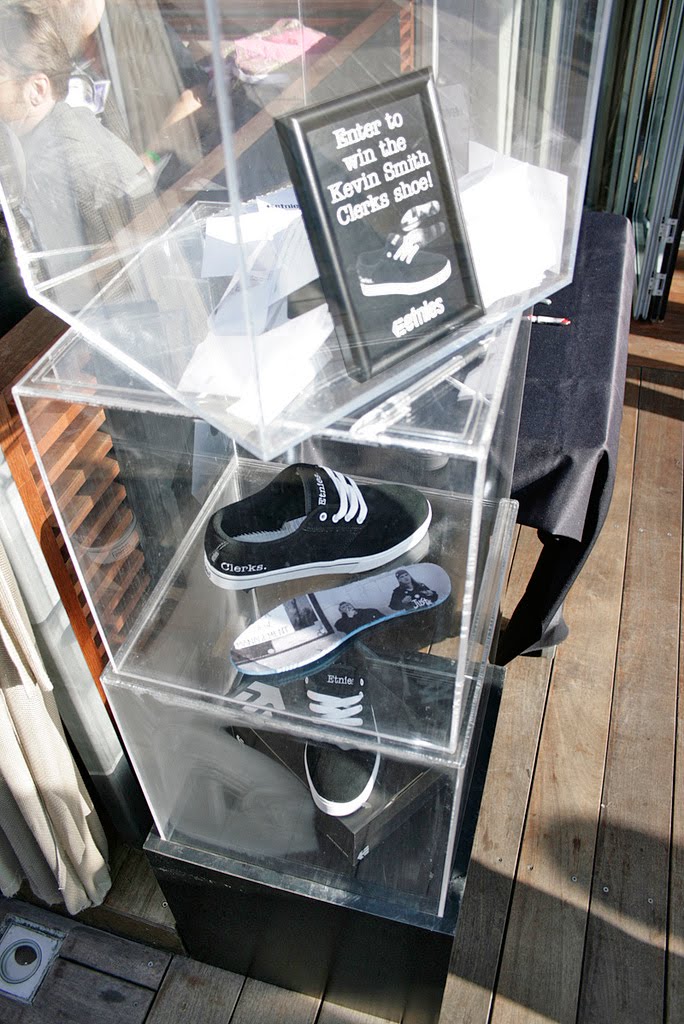 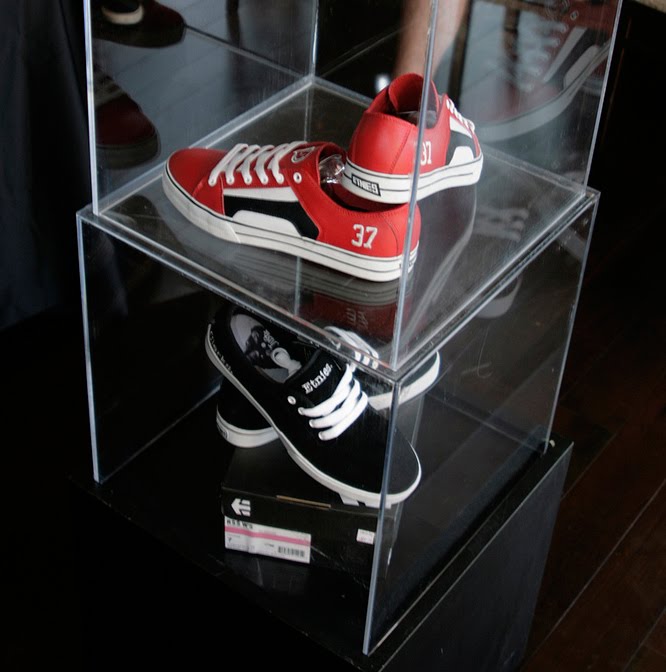 In addition to the sneakers, tee-shirts with Kevin's own photo poking good-natured fun at himself, accompanied by the phrase "Too Phat To Fly" in white and heather grey will also be available. 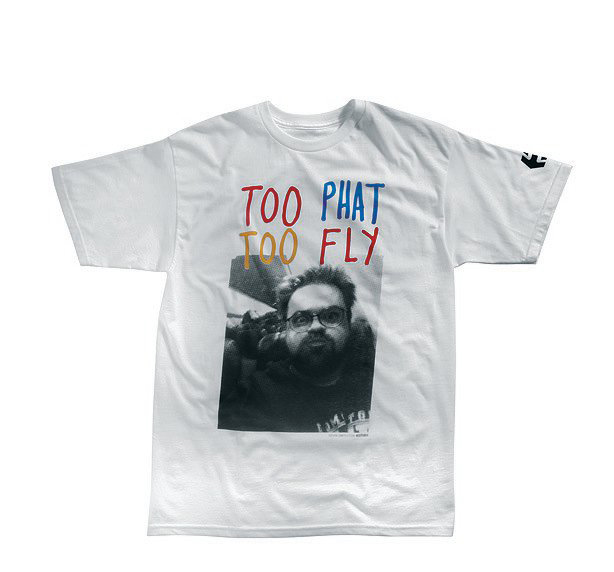 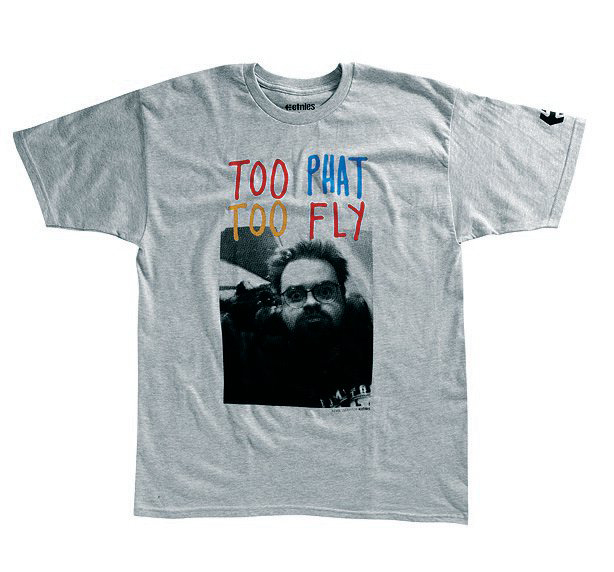 Haven't seen the movie? try it on Netflix now! 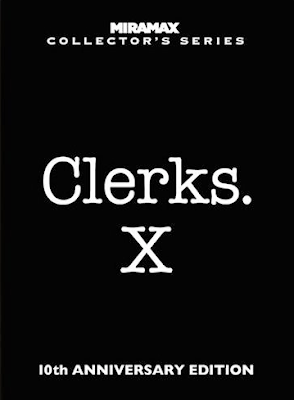