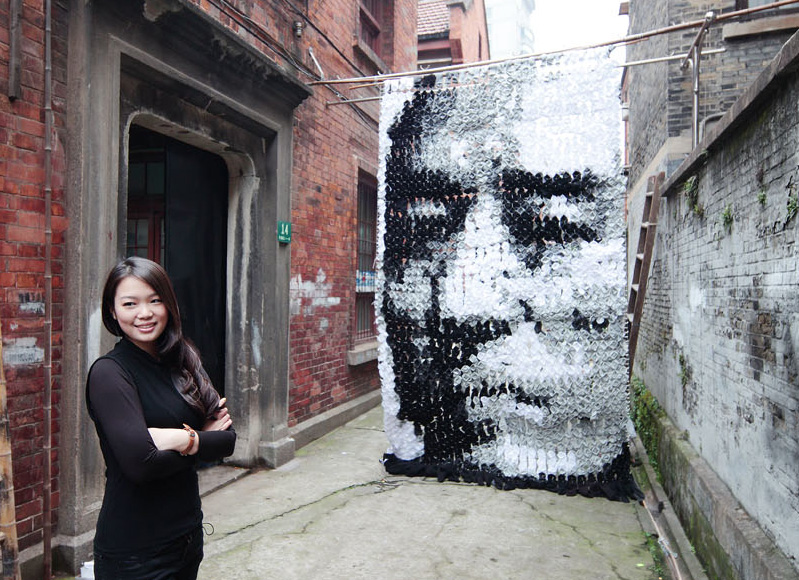 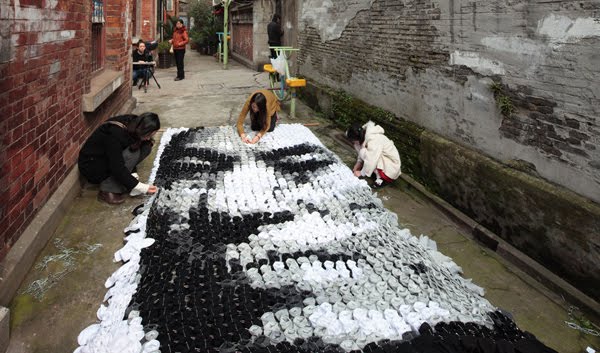 When Artist/Architect Hong Yi, who goes by the nickname "Red", first moved to Shanghai she was fascinated by how many people still dried their clothes in the traditional manner of hanging them on bamboo poles in alleys, despite being in a sophisticated urban city. 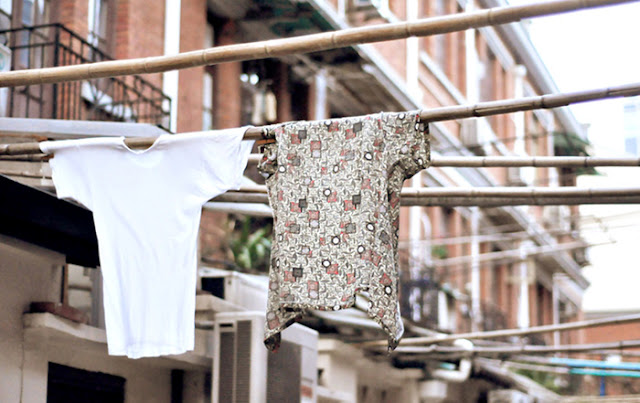 This inspired her to create a portrait of famous Chinese film director Zhang Yimou in a similar manner, using 750 pairs of socks provided by HASSELL (shirts were too big and expensive). She found an interesting way to pin the socks together to hang them from the bamboo, creating diamond-shaped pieces of the "skin". As time passed during the day, the sun would cast shadows emphasizing different angles. 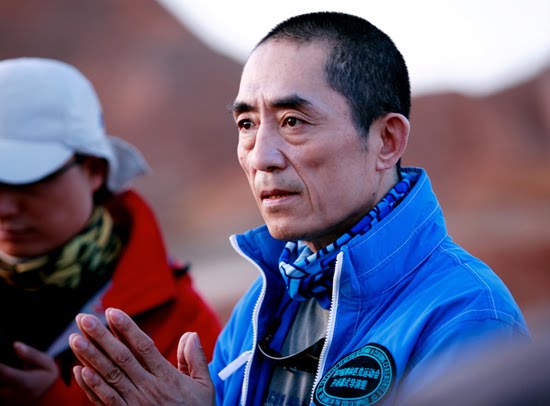 She honored the director whose films include Hero, House of Flying Daggers, Curse of the Golden Flower (he was also the art director for the Beijing Olympics) because many of his movies reflect the beauty of the Chinese culture, through the use of bamboo and traditional costumes, making him an appropriate and worthy subject of her project. 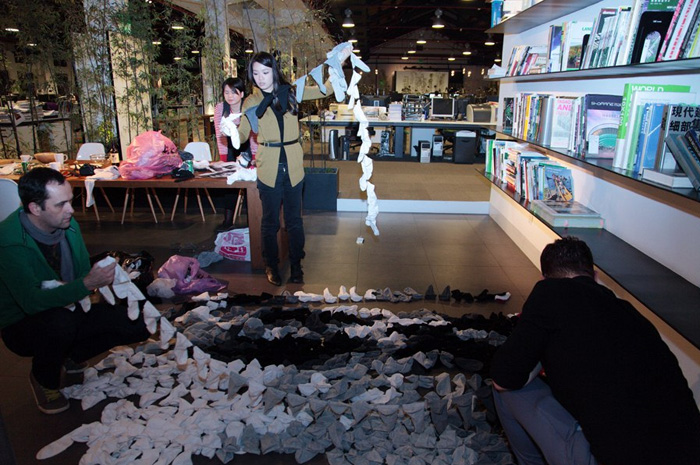 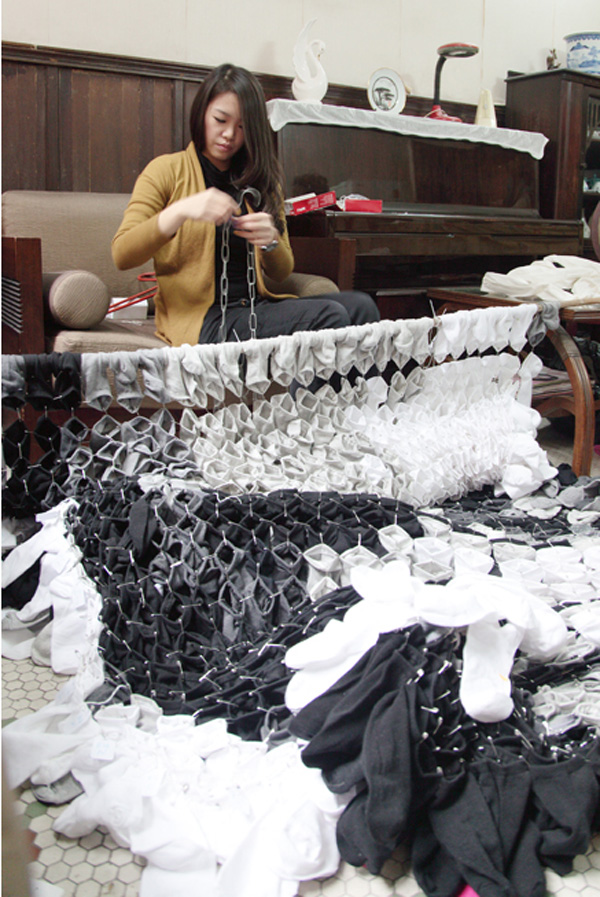 The piece was surprisingly heavy to hang, friends assisted Red, 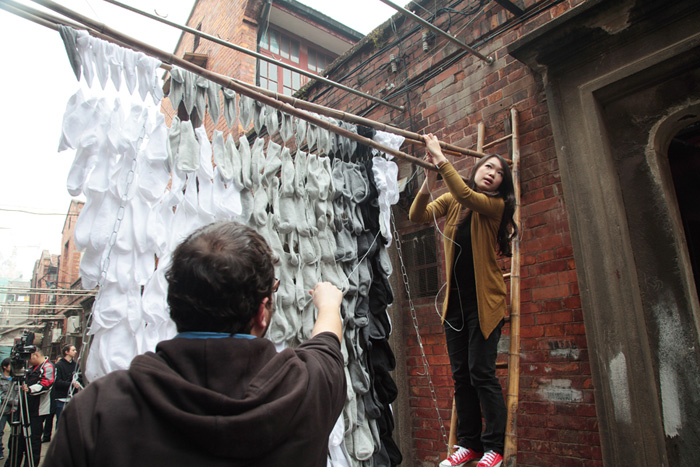 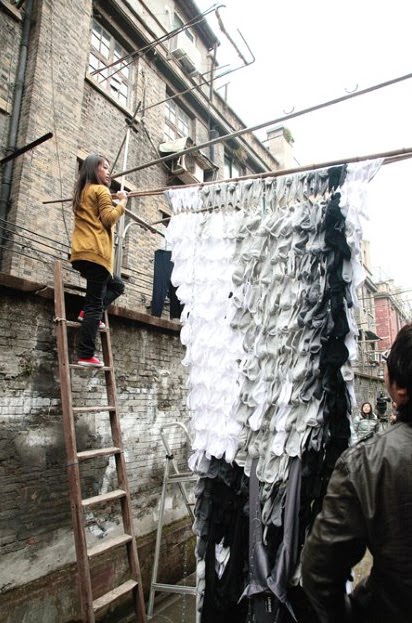 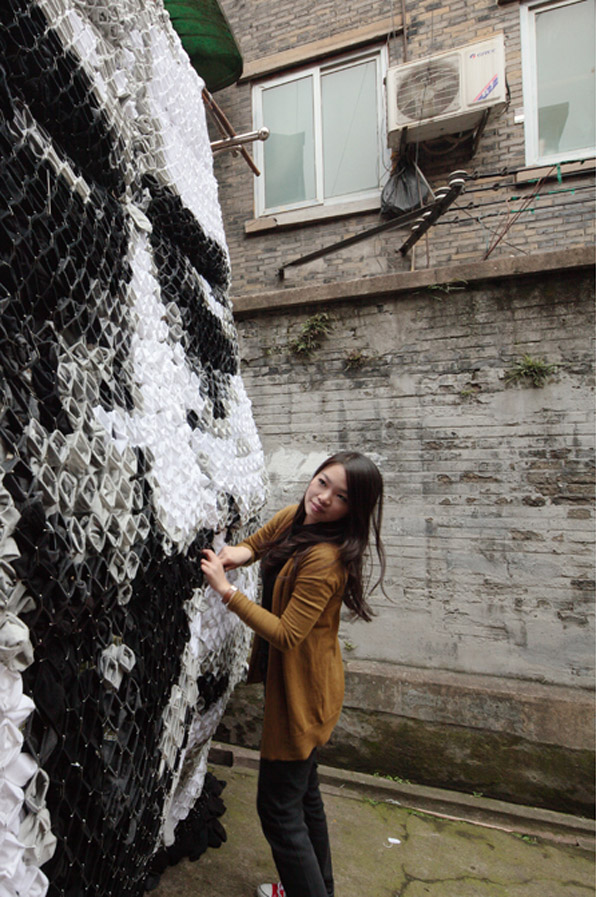 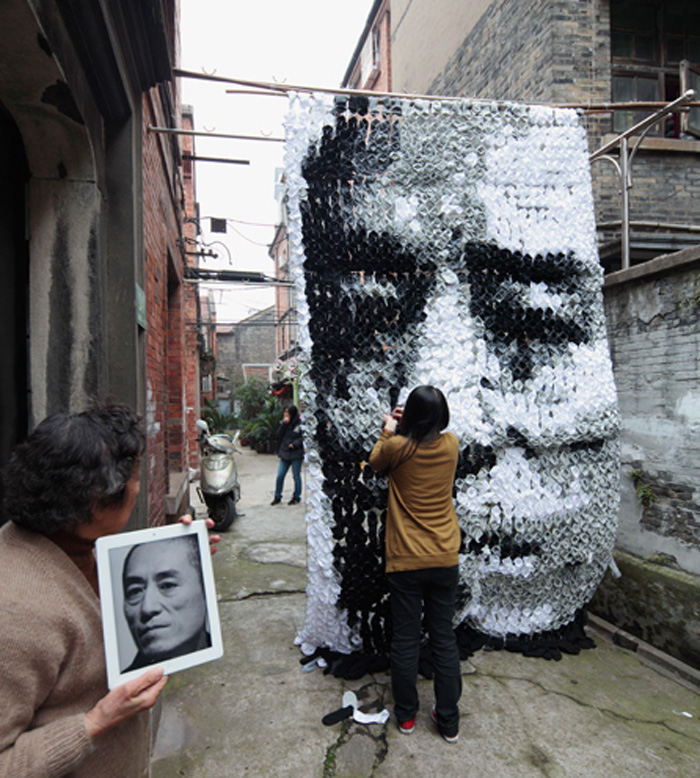 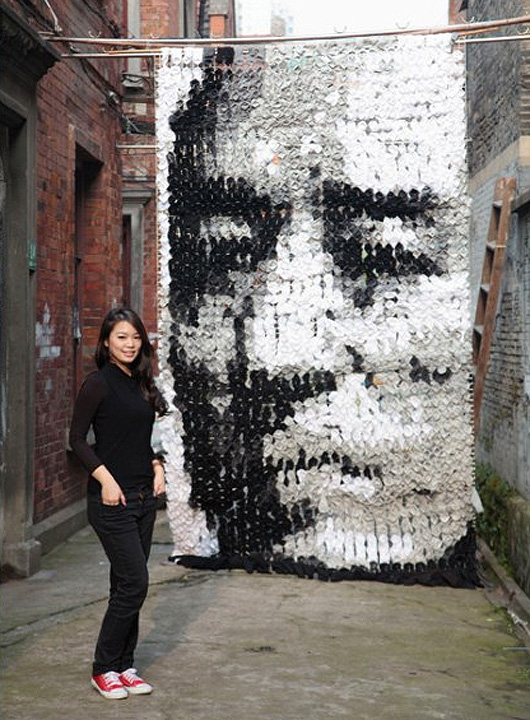 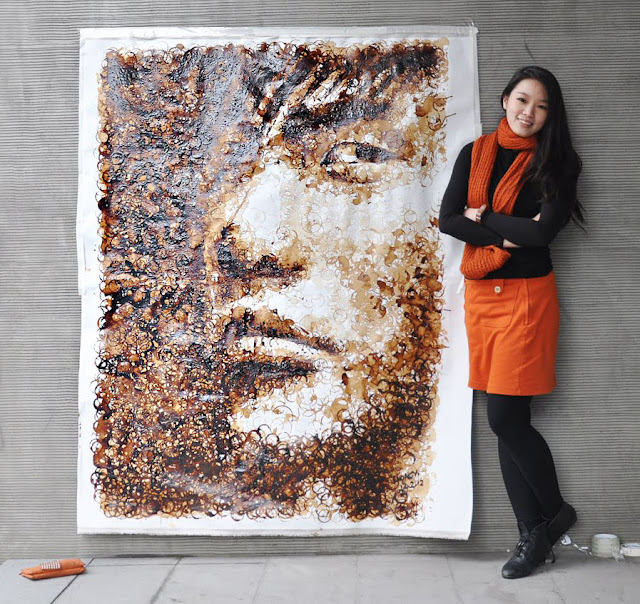 above: Red with her portrait of Jay Chou made of coffee cup stains 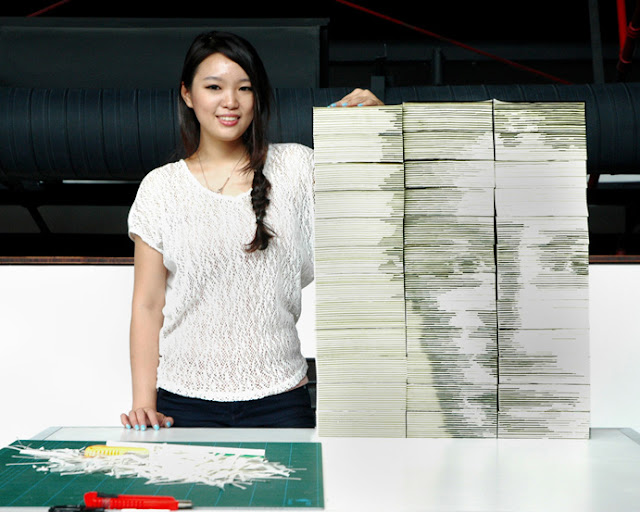 above: Red with her portrait of Mark Zuckerman make with booklets