Spend Ten Minutes In The Graveyard, You Won't Be Sorry 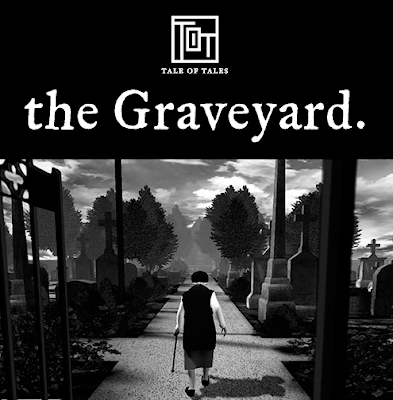 The Graveyard is a very short computer game designed by Auriea Harvey and Michaël Samyn. You control an old lady who visits a graveyard with your keyboard or joystick. Not the type of computer games you may be used to. There's no Wii controller, no jumping around in your living room, you just make the old woman walk around, sit on a bench and listen to a song. It's more like an exploring a piece of art than playing a game. An experiment with real time poetry, storytelling without words. 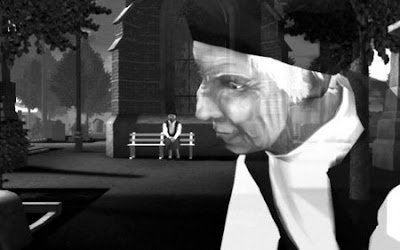 The game’s developer, Tale of Tales, helps explain the “point” of the game:

The purpose of Tale of Tales is to create elegant and emotionally rich interactive entertainment. We explicitly want to cater to people who are not enchanted by most contemporary computer games, or who wouldn’t mind more variety in their gameplay experiences. For this purpose, all of our products feature innovative forms of interaction, engaging poetic narratives and simple controls.

In the trial version of the short PC/OSX game (which you can download free here), players slowly guide a hobbling elderly lady through a cemetery, towards a bench. Alone and without ever saying a word, the woman sits on the bench while a poignant song, sung in Flemish but presented with English subtitles, plays. 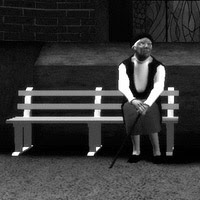 The full, paid release (only $5.00) is nearly identical except for one feature -- the possibility of death for the aged woman.

Chris Kohler of Wired magazine says:
"Interactivity is a powerful thing. The Graveyard could have been a short film on YouTube and lost none of its presentational qualities, or its message. But the very limited interaction you have with the character -- you can walk her forward and backward, or turn -- instantly makes the connection deeper and more powerful than it would have been if you were simply watching."

"(Designers) Auriea Harvey and Michael Samyn are determined to explore the potential of interactive media. They believe that for the medium to grow (up), designers need to have the courage to abandon the game format and dare to explore other types of interaction, other types of emotions, stories, etc.," writes Tale of Tales in their press release for the game.

The following interesting images are from the game's post-mortem ( a report about the making of the project): 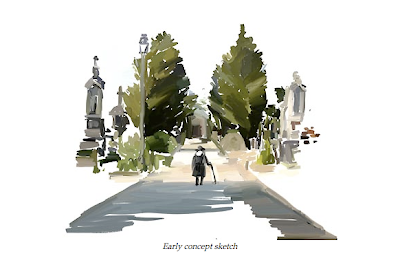 The inspiration for the environment: 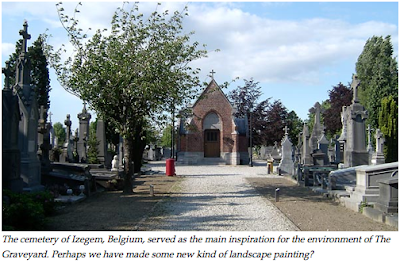 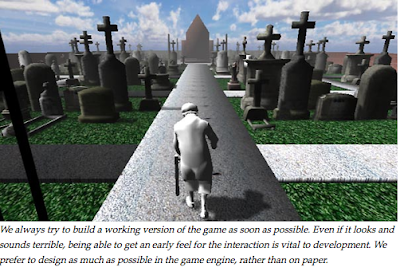 The character was modeled in Blender: 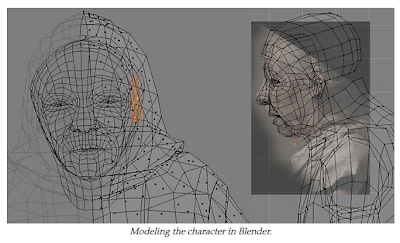 The final game as displayed in the authoring app, Unity: 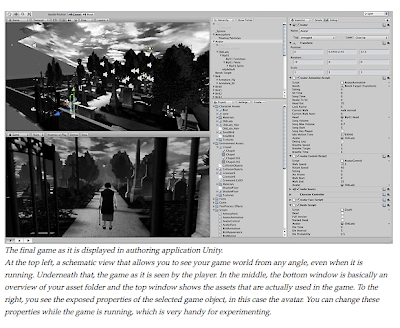