Hellish Furniture: La Divina Commedia & The Fall Of The Damned 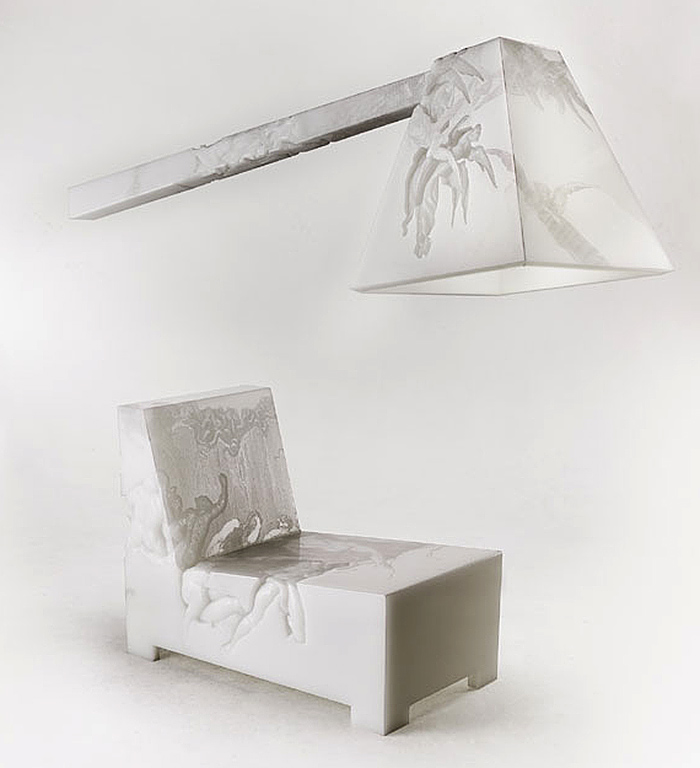 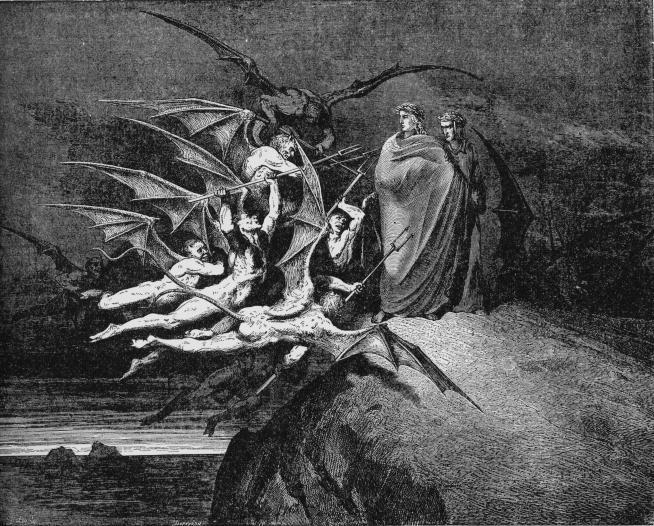 Above: Gustave Doré engraving for The Divine Comedy

In the project La Divina Commedia of Van Eijk & van der Lubbe, The Old illustrations of Gustav Doré, drawn in 1860 (known as the visuals of La Divina commedia of Dante) have been reproduced in a high tech way by laser engraving on a contemporary material, polypropylene, and after that, partially carved by craftsmen. 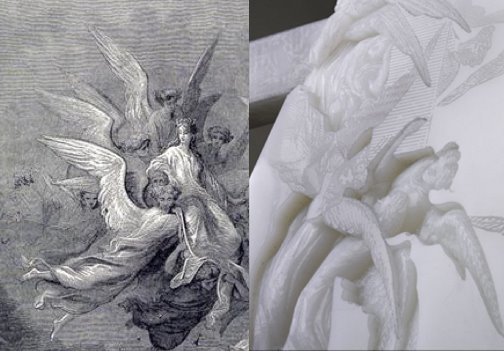 above left: Doré illustration, and right, carved into the furniture 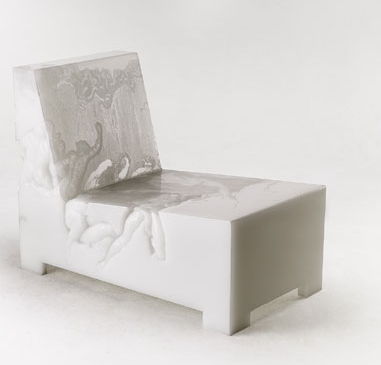 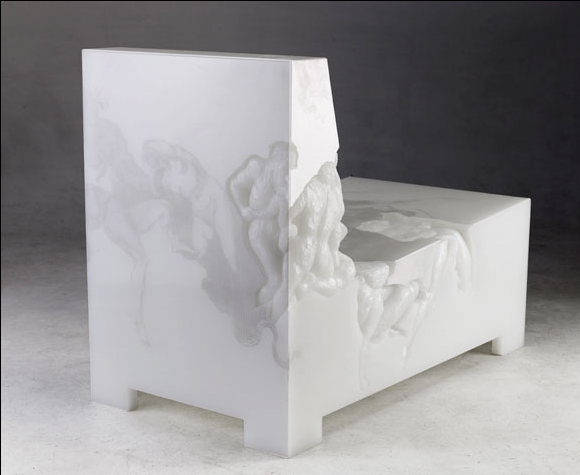 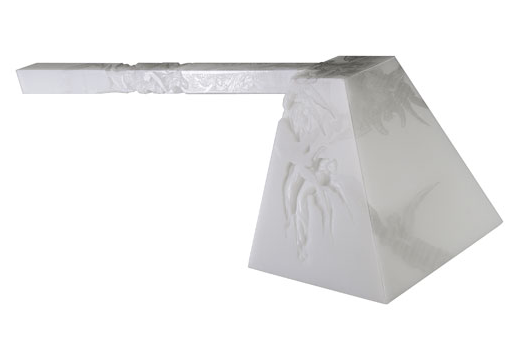 details of the carving: 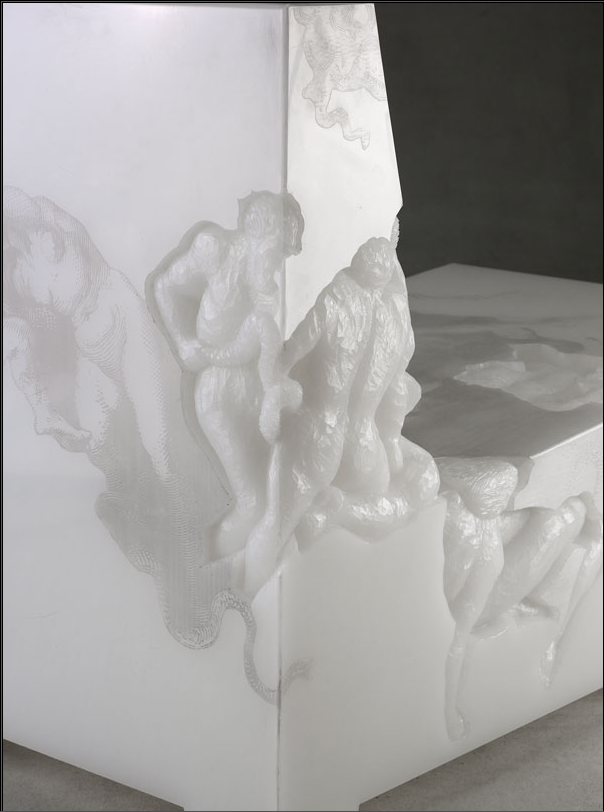 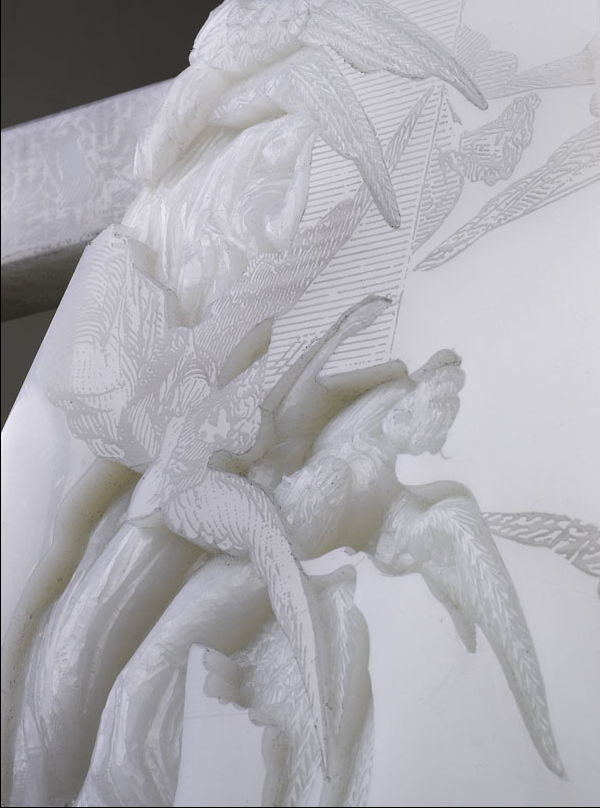 Another one of Gustav Doré's illustrations for La Divina Commedia: 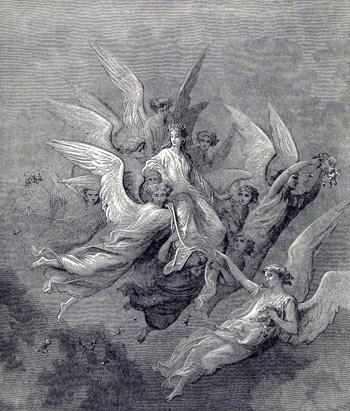 In continuation of the project Godogan, (shown below) designed for Friedman Gallery New York and Droog Design, Van Eijk & van der Lubbe designed a new series of products where old images meet high tech production techniques and in which ancient crafts are combined with contemporary materials. 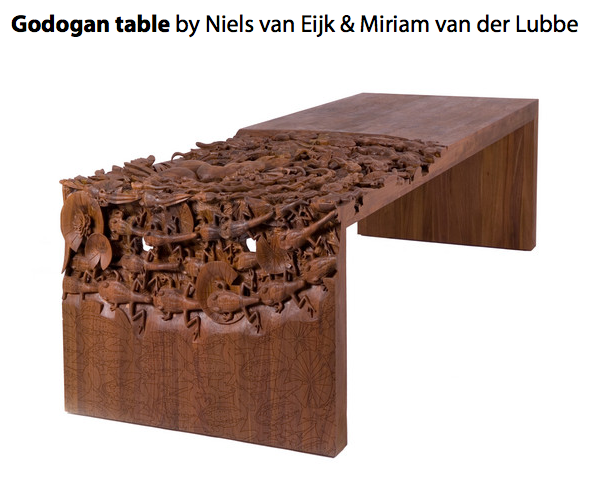 Beginning of the 14th century, Dante Alighieri wrote the well known epic poem La Divina Commedia (The Divine Comedy) which is considered to be one of the greatest works of world literature. In this epic poem, Dante describes the Christian life after death, and this story can be seen as the medieval worldview of the western church. Although this might seem only a Christian story, Dante integrated the political struggles of that time. Still, the story of La Divina Commedia can be read as a nowadays critic on politics and translated into problems of society nowadays.

Victoria & Albert Museum, London will be showing LA DIVINA COMMEDIA from 14 July - 18 October 2009 as part of their Telling Tales exhibit.

The Fall Of The Damned Pendant Lamp

If furniture about heaven and hell or damnation is your thing, check out Materialise's - 'damned' lamp by Luc Merx for the mgx 'private collection'. 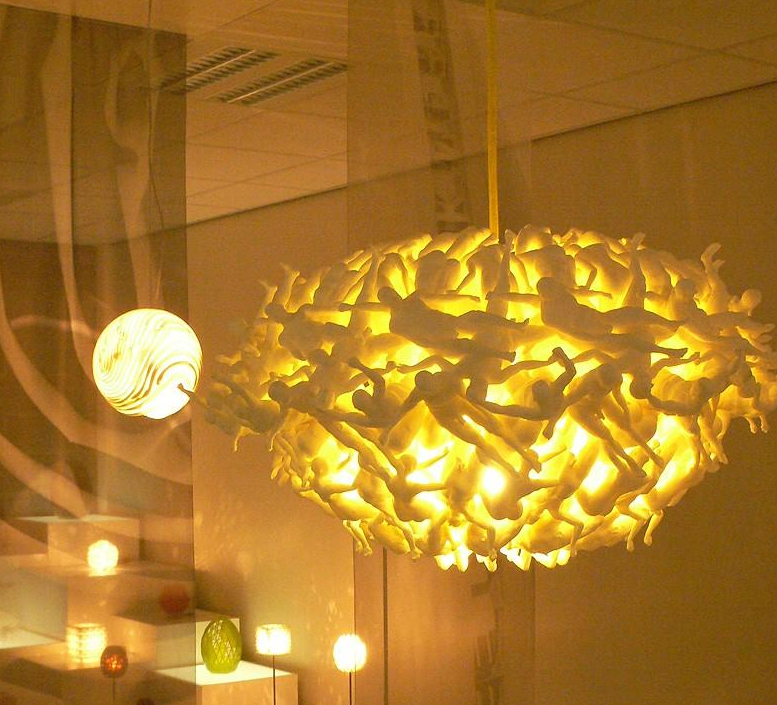 This lampshade appears as a hovering mass of ornaments, opulent and bombastic. when viewed more closely it dissolves into single bodies, which are twisted in fear and seem to be frozen in mid-fall. The fleshy parts of the bodies, legs and stomachs reflect the light. Because of the shadows the bodies cast on themselves, only parts of them appear in the foreground. The association with the fall of the damned, a metaphor for guilt and punishment, this lamp undermines several taboos imposed on design in the 20th century: it is figurative, ornamental and narrative. 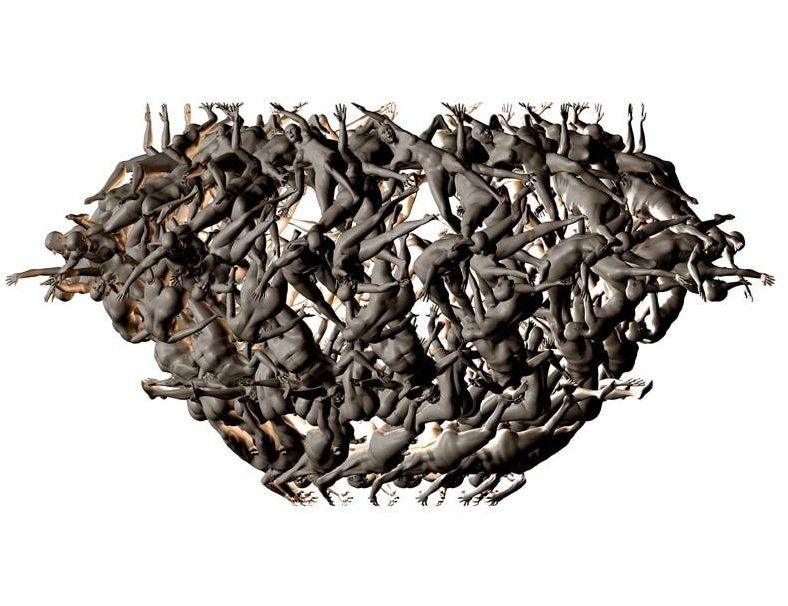 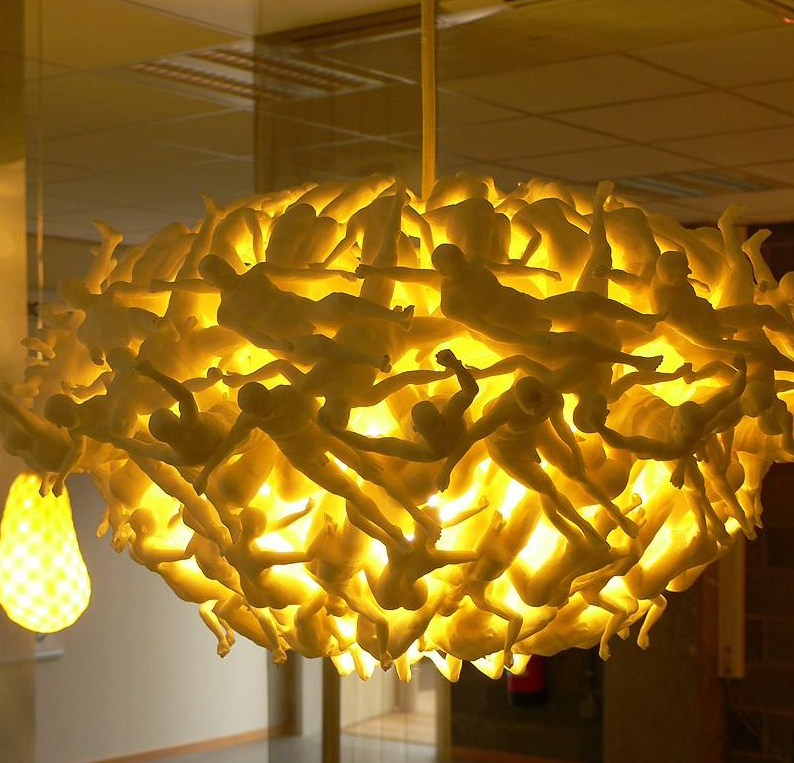 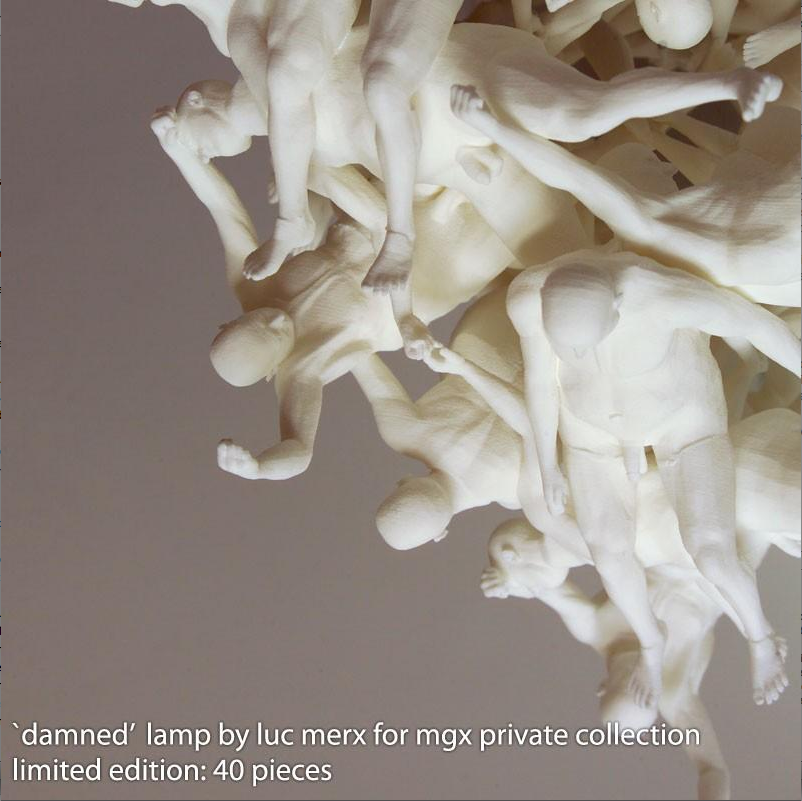