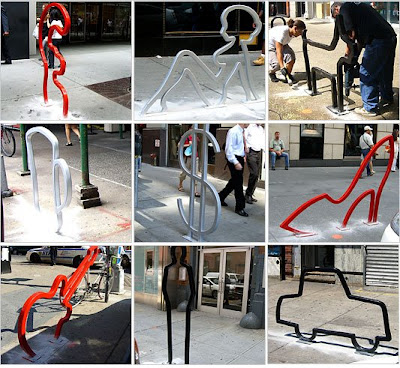 Talking Heads' David Byrne and the New York City Department of Transportation, in conjunction with New York art gallery PaceWildenstein, unveiled nine unique bicycle racks designed by DB and installed in various locations throughout Manhattan and Brooklyn last April. The racks will only be up for 364 days, so you've got one more month to see them in person -- or, see them all here.

Known as the force behind Talking Heads and later as creator of the highly-regarded record label Luaka Bop, David Byrne’s recent musical works include Grown Backwards, Byrne’s debut for Nonesuch Records; the Talking Heads box set; the Knee Plays CD/DVD from Robert Wilson’s 1984 stage piece the CIVIL wars; music from the HBO’s series Big Love; and Everything That Happens Will Happen Today, a collaboration with Brian Eno . Byrne is currently working on a number of upcoming musical projects including Here Lies Love, a song cycle with Fatboy Slim based on the life of Imelda Marcos.

For those of us who do not live in the New York area and did not get to see these, here are images of them, their locations, David's original sketches and his 'rackumentary' video. 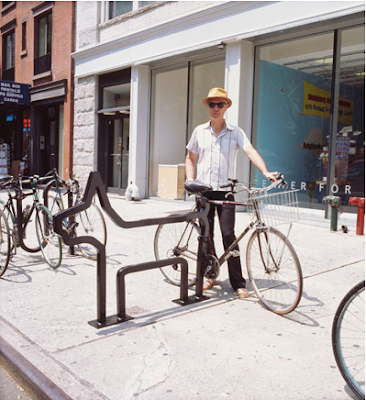 above: David Byrne with his Villager rack

An avid bicyclist for almost 30 years, Byrne was invited to join the panel of jurors selected by the DOT to judge a design competition for outdoor and indoor bicycle racks. Inspired by the city's initiative, he submitted some original design ideas of his own named after specific locations and neighborhoods, which the DOT enthusiastically agreed to install for a period of 364 days.

The nine racks — in shiny red, black and silver — are intended to promote bicycling, which has been a main emphasis of the current transportation commissioner, Janette Sadik-Khan.

The Bike Racks in situ: 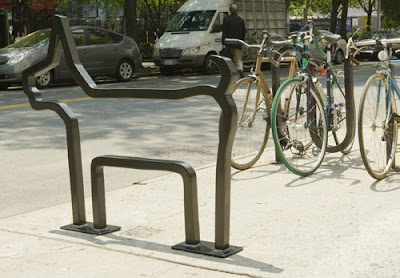 above: The Villager
Powder-coated steel, 2008
LaGuardia Place in front of AIA, NYC 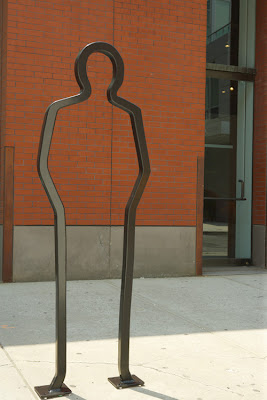 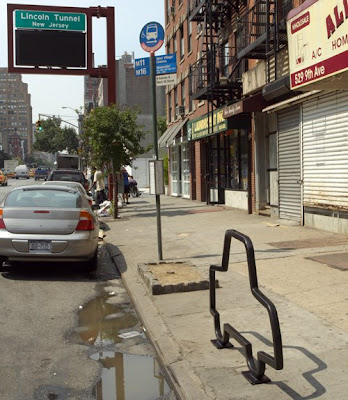 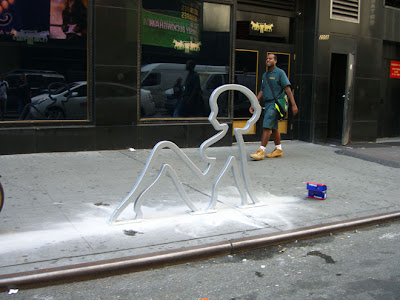 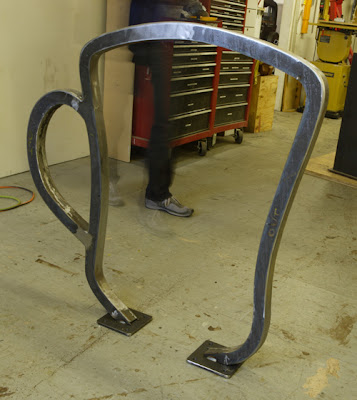 above: The Coffee Cup
Powder-coated steel, 2008
West side of Amsterdam Avenue, between West 110th and 111th Streets 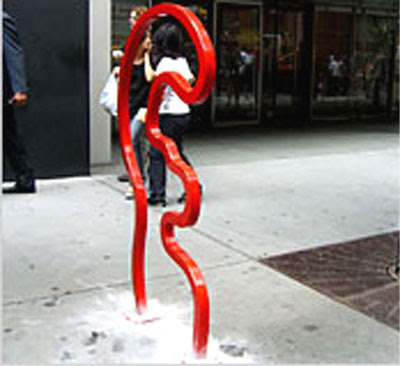 above: The MoMA
Powder-coated steel, 2008
South side of West 54th Street, east of the Avenue of the Americas New Project, Brooklyn, NYC 2008 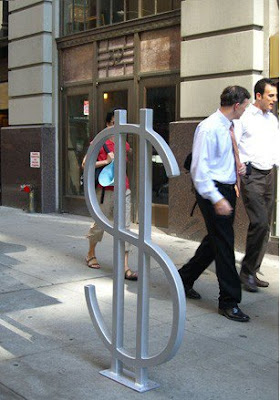 above: The Wall Street
Powder-coated steel, 2008
North side of 82 Wall Street, west of Water Street 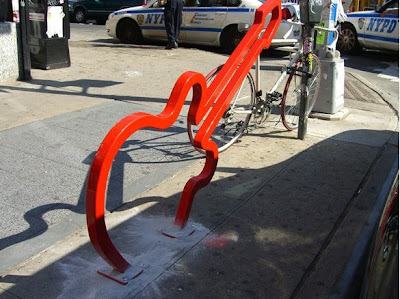 above: The Hipster
Powder-coated steel, 2008
West side of Bedford Avenue, near North Sixth Street, in Williamsburg, Brooklyn 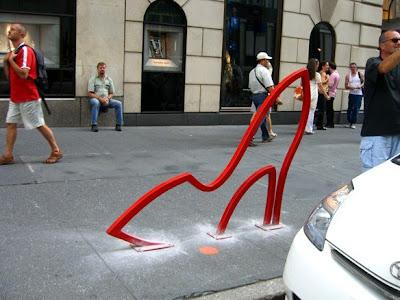 above: The Ladies' Mile
Powder-coated steel, 2008
West side of Fifth Avenue, north of 57th Street (in front of Bergdorf’s) 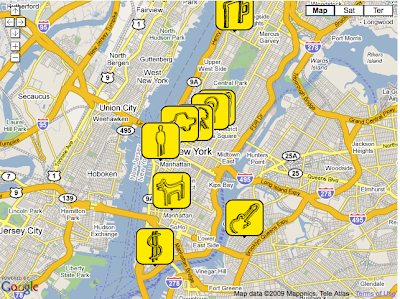 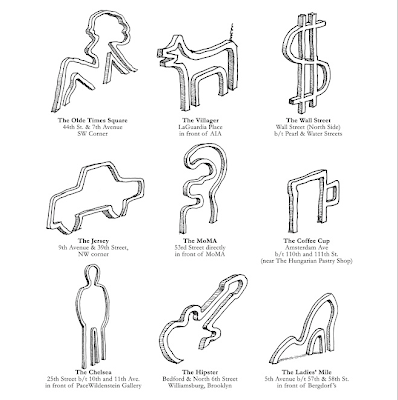 above: all nine sketches for the project by DB, Pen and ink, 2008

Photos by: G.R. Christmas / Courtesy PaceWildenstein © David Byrne
and special thanks to David Byrne, Wallpaper magazine and the New York Times for additional photos and info.

A rackumentary by David Byrne: