The Gap Mixes It Up For Christmas: Remixed Classics With Singing Celebs 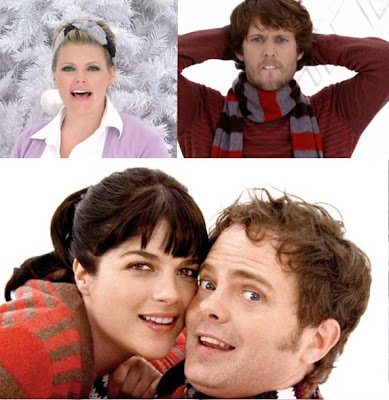 In an effort to engage people in online shopping this holiday season (since the economic outlook is so bleak), several retailers are turning to fun 'promotional' devices.

The Gap division of Gap Inc., is bringing out a campaign featuring celebrities in brightly colored outfits one can 'mix'. Drawing on the parallel between mixing the separates from the Gap store, you can enjoy the re'mixed' holiday classics sung by music, tv and movie celebrities. Or make your own 'mix' of a classic holiday song at their online site here.

“As everything progressed, we decided something lighter in tone would be fitting for the times,” said Trey Laird, president and creative director at Laird & Partners in New York, the Gap agency.

“Definitely, it’s going to be promotional out there,” Mr. Laird said, using the retail term for a climate in which price-cutting predominates, “but you’ve got to engage people, too, because there’s so many promotions out there.”

Gap will also offer a Gap Movie Card promotion for filmgoers at 1,000 theaters owned by chains like AMC, Cinemark and Regal. The cards, to be given free to ticket buyers, will be good for 15 percent or 20 percent off merchandise at Gap stores.

The NY times is quoted as saying the following:

The celebrities in the Gap campaign include Jon Hamm of “Mad Men,” the TV series about advertising in the 1960s, with his girlfriend, the actress Jennifer Westfeldt; cast members of “Saturday Night Live”; the Dixie Chicks; actors like Jason Bateman, Jason Biggs, Freddy Rodriguez and Rainn Wilson; and actresses like Jennifer Hudson, Milla Jovovich and Mary-Louise Parker

But I found different celebrities (shown below). Perhaps the others will be joining them or featured on other elements of the campaign like broadcast tv spots or print ads. 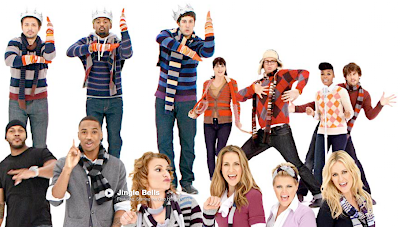 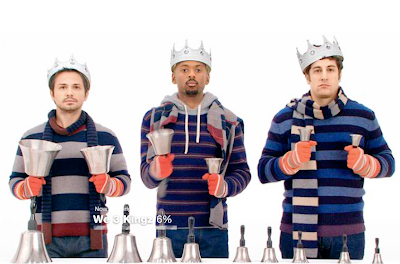 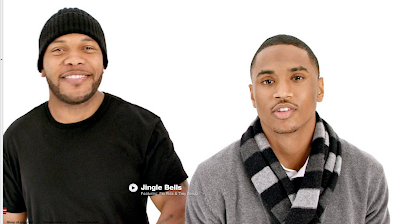 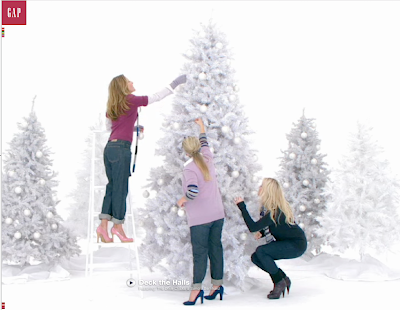 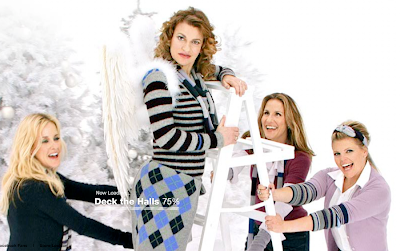 Above: Deck The Halls featuring the Dixie Chicks and Sandra Bernhard 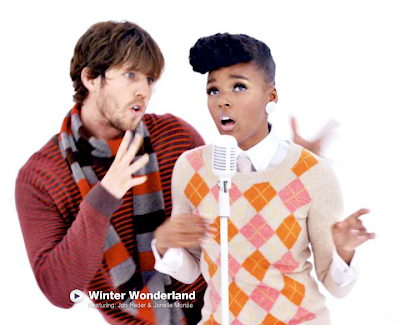 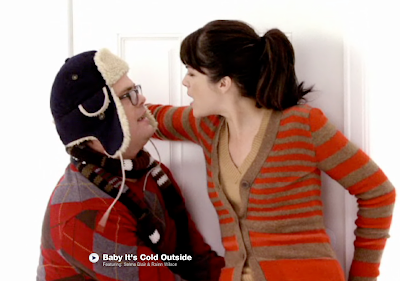 Above: Baby It's Cold Outside featuring Rainn Wilson and Selma Blair 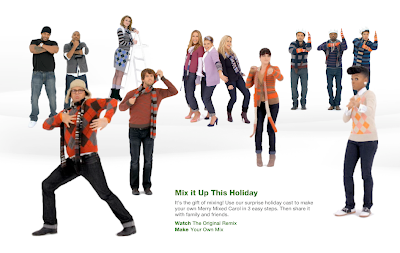 And lastly, you can watch the original 'remix' sung by all or make your own mix on the site here.

It's no Elf Yourself (which by the way is back this year and now with a bigger Office Max logo and the opportunity to make printed greeting cards and other photo goodies) and the folks over at adfreak have made their opinion known.

But go check it out for yourself and you decide.