Wearing The Hair Of The Dog. Portraits Of People In Clothes Made From Their Pets' Fur. 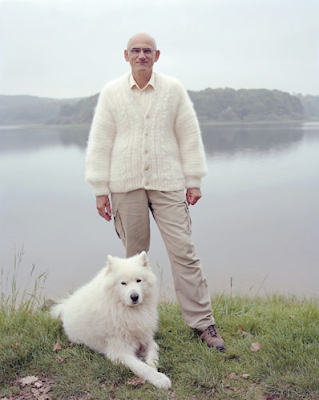 These aren't just lovely portraits of people posing with their pets, but look a little closely and you'll see that the owners are wearing sweaters and vests that resemble the fur of their dogs. And they should because they were literally made from them.

Below is a series of photographs (an ongoing project) by photographer Erwan Fichou of people posing with their beautiful dogs, sporting canine couture... actual sweaters and vests made from the hair (fur?) of their own pet dogs. 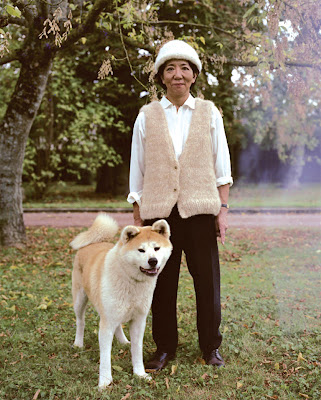 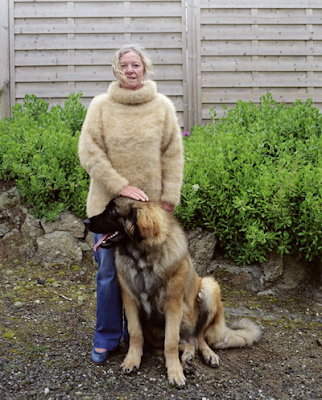 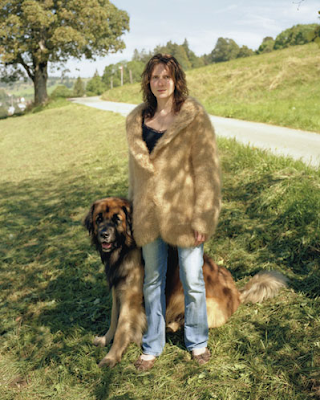 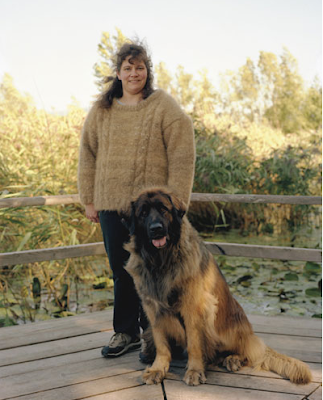 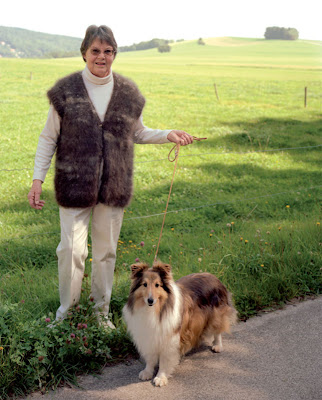 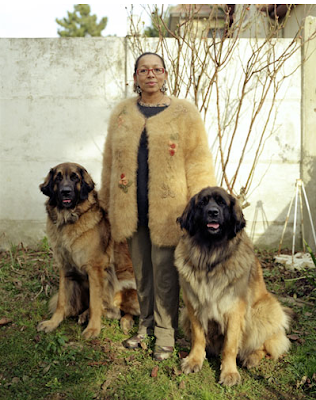 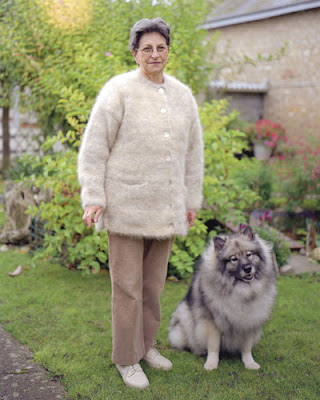 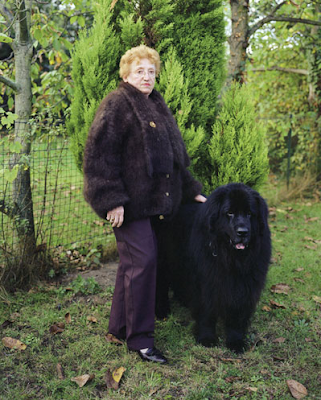 Here is the description of the series:
Dogwool series, 2005-2007. Eleven portraits (in progress)

The hair, especially hair known as the stuffing, once recovered after brushing, is carefully preserved until the amount necessary to achieve the knit structure.
The hair is spun into balls of 50 g by a specialist before returning via mail, to its owner.
C-prints, 40 * 50 cm, Marie-Louise, glass, wooden framework.

Apparently there are a few people out there who actually make clothes from your pet's hair or fur. 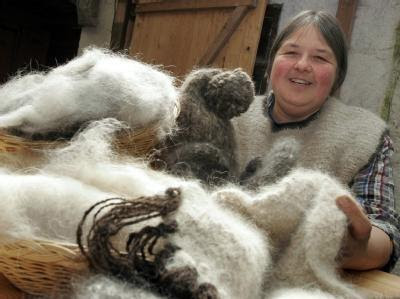 Above: Bettina Menkhoff, 50, from Stoetze in Germany makes scarves, gloves and other clothes and sells them over the internet at www.jolly-fellows.de 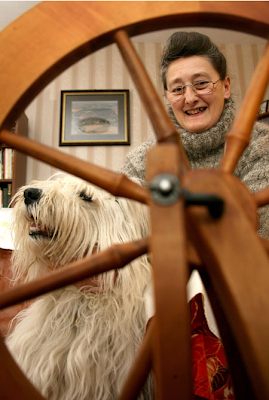 Above: Pam Gardner, of Milton Keynes, Northamptonshire, has at least six jumpers and cardigans made from her pet Old English sheepdogs. She says they are warm and soft, similar to jumpers made from Angora goats' wool. Mrs Gardner, who charges £11 to turn 100g of dog or cat hair into wool, says the conversion is too labor-intensive to be anything more than a hobby. She has made wool from about 30 breeds of dog, including alsatians and chow chows, and had about 200 customers. 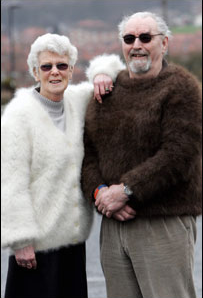 Above: Betsy Willis first used the fur of Kara, to knit her husband's sweater in 1990. Mrs Willis, 71, said she had the idea after seeing a picture of Princess Diana wearing a dog fur stole at Crufts.

She said: "Kara was a pedigree Samoyed. She was so posh, if she could have talked she'd not have spoken to the likes of us. "We found out from the breeders we got the pups from that it was possible to use their coat for clothes. "It is the most amazing stuff. It's like mohair but more lightweight and more soft, and the more you wash it, the more soft and fluffy it gets." Mrs Willis added: "People are surprised when they find out we're wearing dog wool clothes. Some think it's disgusting and ask how we can do it, but it seems very normal to us." Even now, Mrs Willis has enough hair left over to make a new jumper, and it has been sent to a friend in Derby to be spun.

Wanna try it yourself? 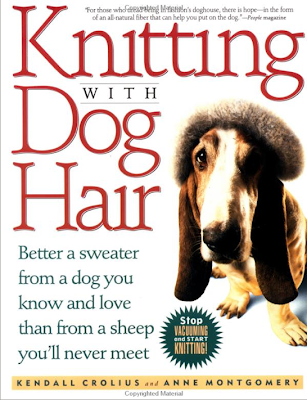 My apologies to the owners of such sweet dogs as Chinese Cresteds and American Hairless Terriers. Thanks to an anonymous reader who sent me this: 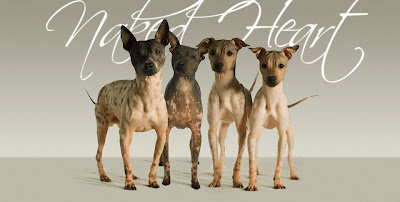 Now for you Cat lovers, be sure to check out the jewelry made from Cat hair! 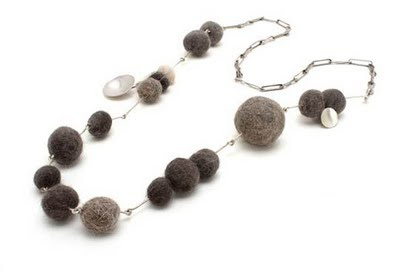