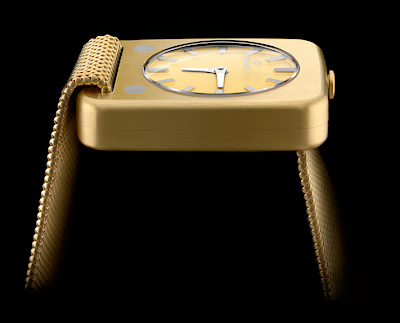 NEWS: This post has been updated to include the Solaris collection of Ikepod watches, introduced to the line in December, 2008.

The Solaris collection, by designer Marc Newson is available in seven different versions. Five of which are ceramic, with one white gold and one yellow gold version. All are unisex in size and feature a round face in a square bezel. 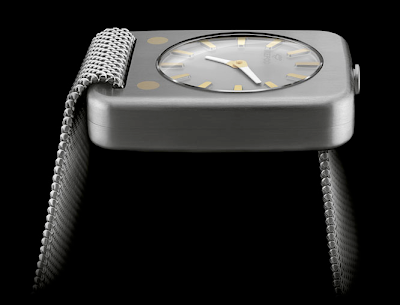 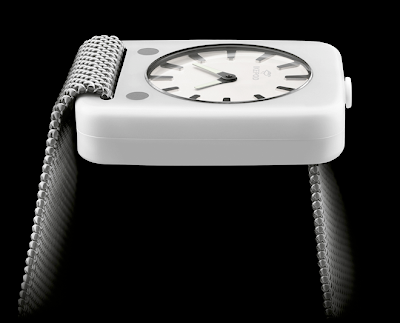 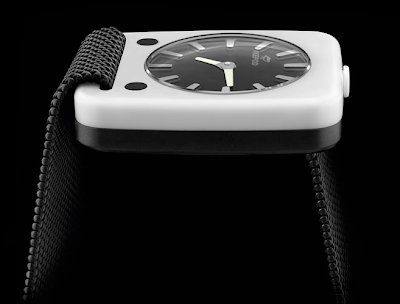 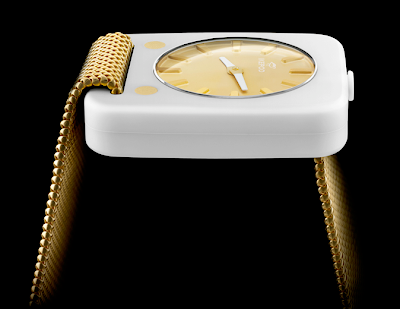 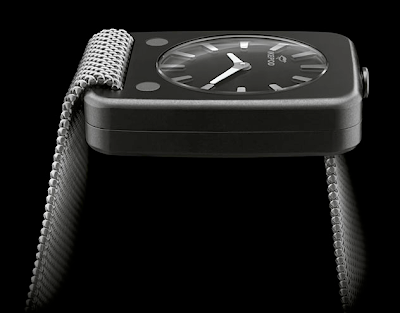 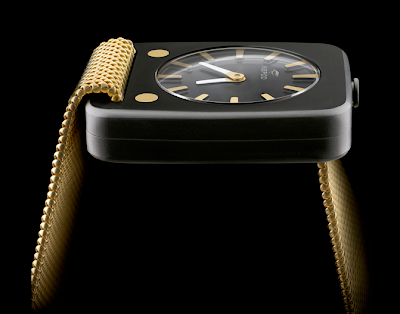 Ikepod brand watches, unveiled their newest collection by designer Marc Newson (above) at Design Miami just this past week (December, 2007). 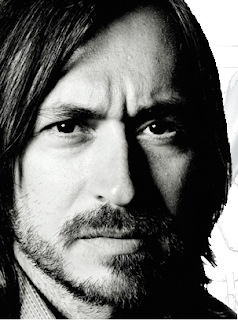 The new collection consists of three lines. The Horizon, the Hemipode and the Megapode.The following descriptions and information were provided by Ikepod. 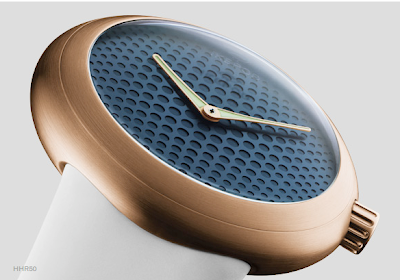 The Horizon wristwatch forgoes all complications in favor of pure design. The unique dial creates the optical illusion of appearing convex, thereby emphasizing the three dimensional volume of the IKEPOD case. This new collection works as an elegant dress watch in platinum for men, and in solid rose gold for women.

The Horizon wristwatch makes reference to the “event horizon” in astrophysics, literally meaning the edge of a “black hole” – the moment when gravity becomes infinite, when both time and space disappear. The timeless beauty and simplicity of this wristwatch, juxtaposed with its reference to the mathematical end of time and space, underscore the poetry and fleeting nature of timekeeping itself.

The iconic hemispheric shape of the IKEPOD watch is the inspiration for the name of this classic Marc Newson chronograph. The Hemipode embodies all the essential values of the IKEPOD philosophy: design integrity as well as technical functionality. Most chronographs offer a stopwatch function to time a lap around the racetrack or a jog around the park; this model also offers a second time zone function controlled by an eccentric off-center pusher.

The watch is designed for someone on the move who reads what time it is in Tokyo, but also needs to see what time it is back in Paris. The Hemipode is the epitome of how IKEPOD redefines the classic wristwatch, a design which will look even better in twenty years than it does today. Where as a design or fashion watch is destined to lose its allure, to choose the Hemipode is proof that one is attuned to an avantgarde statement of sophisticated taste.

The largest and most technical of the IKEPOD Collection, the titanium Megapode provides the time, the day, a chronograph function, as well as a unique circular slide rule for complicated calculations. This is a watch that can compute fuel consumption for an aircraft or a way point for a pilot who needs to calculate range and distance.

A rugged and sturdy sport watch, this is the timepiece one would wish to have during an offshore passage at sea or a helicopter flight over the Alps. The unique and highly technical dial is the result of calculated and deliberate design. This wristwatch is a visual tour de force; never has so much information fit onto a watch dial without clutter, the result is a perfect balance of function and design.

Conceived by revolutionary industrial designer Marc Newson, the IKEPOD wristwatch banishes all that is unnecessary in order to reunite man and machine with the design authority and organic power of the ultimate surfboard, a classic sport car, or a racing multi-hull. IKEPOD combines economy of gesture, pinnacle technology, and sensuality of materials in ways that challenge connoisseurs to embrace not only a singular timepiece but also a bold set of values.

Foremost among these is independence from the conventions of traditional wristwatch design. Hewing to the great modernist principles of ‘truth to materials,’ and unity of form and function, IKEPOD rejects gratuitous ornamentation in order to highlight simplicity of form. It transforms what has previously been a strictly two-dimensional object into an organic, sculptural volume that functions in all three dimensions. By deliberately blurring old distinctions between front and back, it achieves a new level of harmony with the body of its wearer. Thus, while traditional watches employ “lugs” to attach a watchband to a case, the IKEPOD case and band join together in a single uninterrupted whole. By forgoing clasps and cumbersome articulated buckles in favor of a single discreet nipple, IKEPOD offers intimate fit, fluidity, and ideal balance on the wrist. Nothing superfluous comes between wearer and watch. 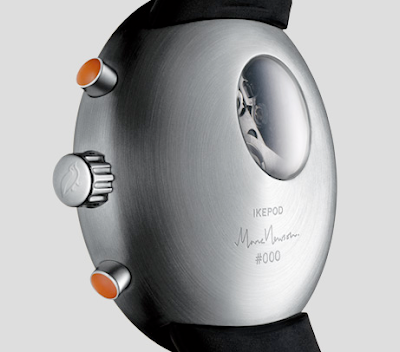 The IKEPOD approach is weighted with integrity. When the design process strips away all excess, what remains? Unrivaled quality and purpose. And so IKEPOD employs only inspectiongrade platinum, red gold, and titanium, sculpted to the highest standards possible by Swiss craftsmen. The dials provide information without pretension or conceit. And the IKEPOD band, unlike any other, is molded from a soft and flexible scented rubber, thereby defying the traditional definitions of sport and dress watch. In its startling difference, IKEPOD demands intelligence and daring from its wearer, and declares individuality the most exclusive form of luxury.

Find an Ikepod retailer near you.