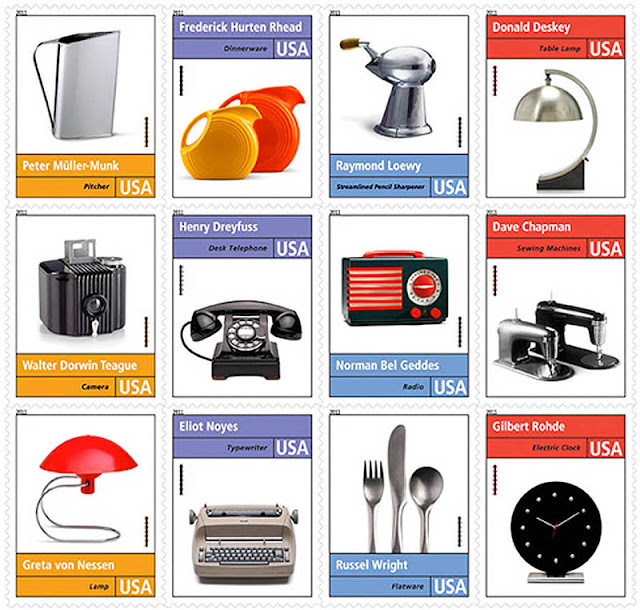 Encompassing everything from furniture and electric kitchen appliances to corporate office buildings and passenger trains, the work of these designers helped shape the look of everyday life in the 20th century.

Each stamp features the name of a designer and a photograph of an object created by the designer, as well as a description of the object and the year or years when the object was created. The selvage features a photograph of the "Airflow" fan designed by Robert Heller around 1937. 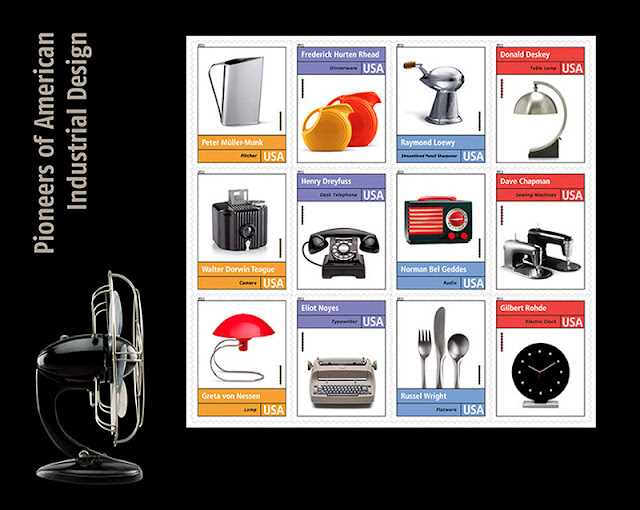 Art director Derry Noyes selected the objects that appear on the stamps.

Made in the USA.

A commemorative set is also available for collectors: 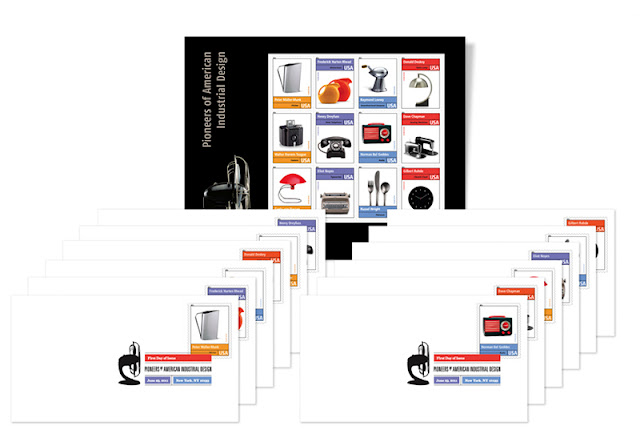