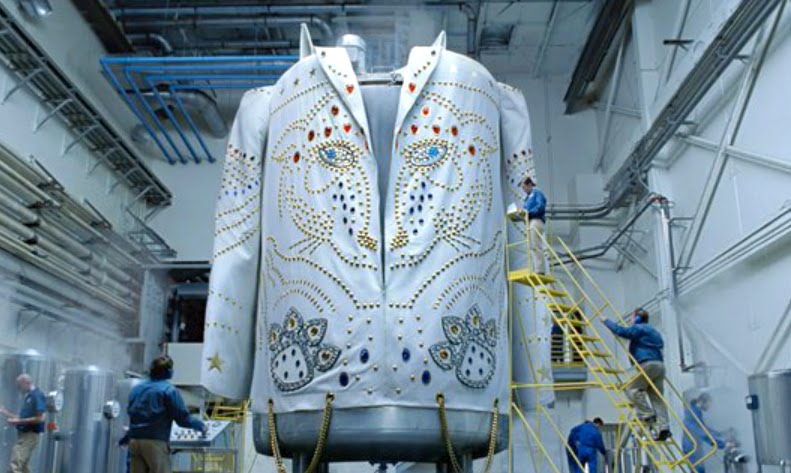 In the Hahn brewery, superness is brewed into the beer at every stage of its creation. The Knight Rider song infuses the barley through massive speakers. Is pounded by body builders in leotards, exposed to kung fu movies, churned by a monster truck Delorean, mixed in an immense drum-kit, poured over a fountain of winning trophies, fermented in a jumpsuit wearing vat, and stroked by a smooth character as it fills a glass panther, before being approved by a CEO hovering outside in a solid gold helicopter. As the Hahn SuperDry exits the factory, each bottle capped by a uniformed ferret, a line appears:


The 60 second TV commercial from Sydney agency Publicis Mojo was shot in Los Angeles with director Tom Kuntz, who previously won an Emmy for best commercial of the year with Old Spice’s ‘The Man Your Man Could Smell Like’.

Tom Kuntz directed this visual-effects heavy commercial depicting a hyper-stylized Hahn Super Dry brewery where the "superness" - represented by a series of unorthodox influences - is infused and brewed into the beer at every stage of its creation.

While most of the VFX was completed by Eight VFX in California, VFX supervisor Scott Geerson put the finishing touches on this commercial in Flame at Cutting Edge Sydney with ECD Micah Walker and Producer Adrian. Also completed were a 45', 30', and four 15' versions.