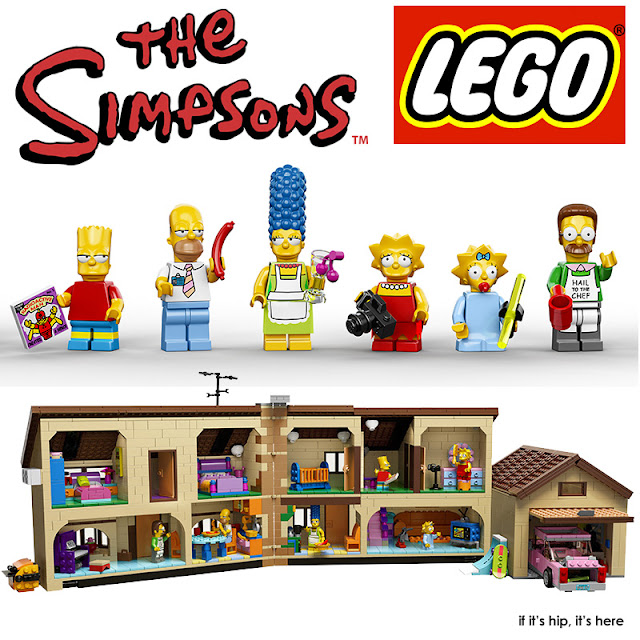 This week the LEGO Group announced a new partnership with Twentieth Century Fox Consumer Products to produce a construction set and licensed LEGO® minifigures inspired by the iconic television series, THE SIMPSONS. In addition, FOX is scheduled to air a special LEGO episode of THE SIMPSONS in May 2014 featuring Springfield and its cast of characters in LEGO form. 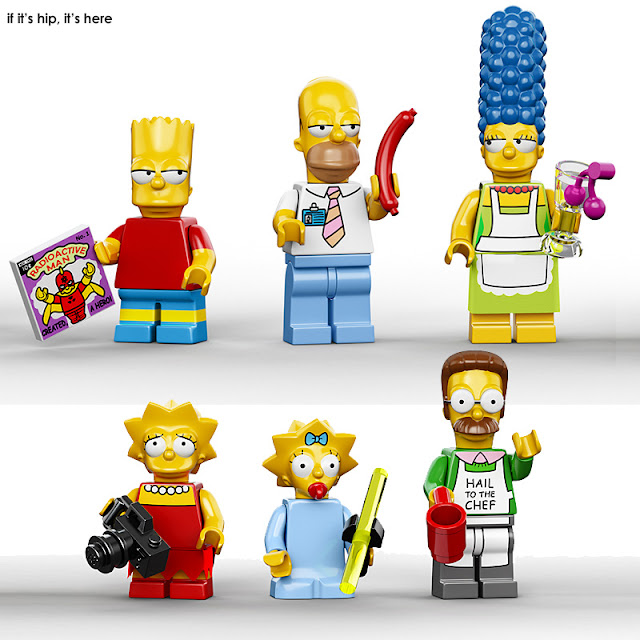 Scheduled to launch this February in LEGO stores and via the LEGO Shop at Home catalog and website, the construction set will recreate the iconic Simpsons family house in LEGO form. Also included in the LEGO and THE SIMPSONS construction set is the entire family: Homer, Marge, Bart, Lisa and Maggie along with neighbor Ned Flanders. A separate line of 16 LEGO THE SIMPSONS minifigures will launch in all mass toy retailers in May 2014. 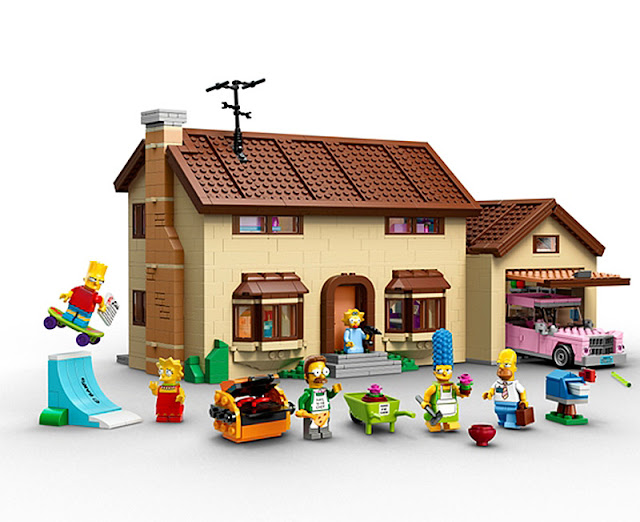 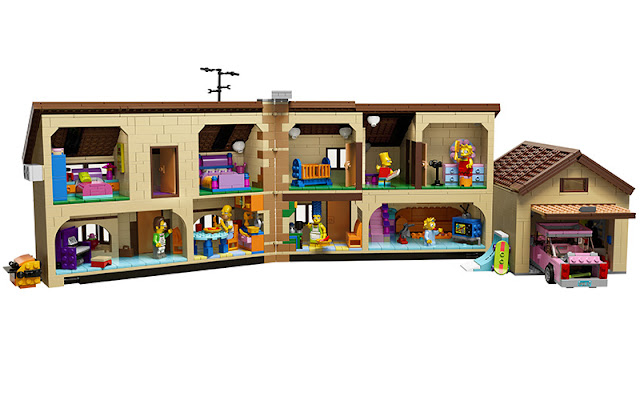 Recreate hilarious scenes from the classic animated TV series with The Simpsons™ House. Taken right out of Springfield, this amazing model is crammed with tons of LEGO® brick detail. Lift off the roof and open up the house to discover Homer and Marge’s big family bedroom including bed and Maggie’s crib, Bart’s room with his skateboard and Krusty the Clown poster, Lisa’s room with her favorite books, jazz poster and more, and bathroom with shower, toilet, sink and mirror. Lift off the top floor to reveal the fully-fitted kitchen with dining table, chairs, yellow and light-blue tiled floor and lots of pots, pans and other accessories. Then it’s into the living room with couch and TV playing Itchy and Scratchy, purple piano and more. 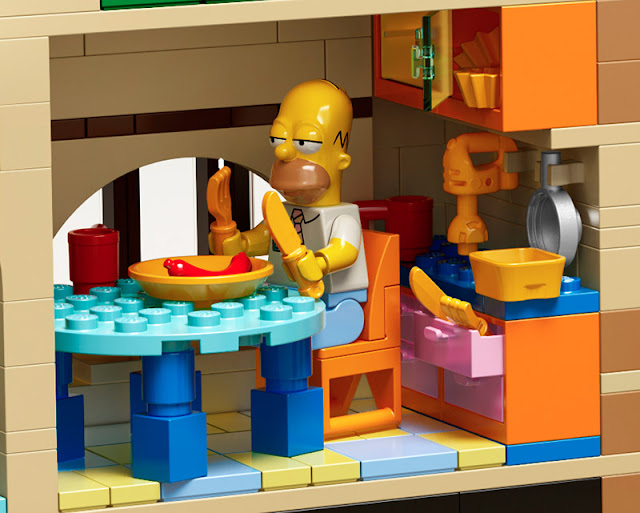 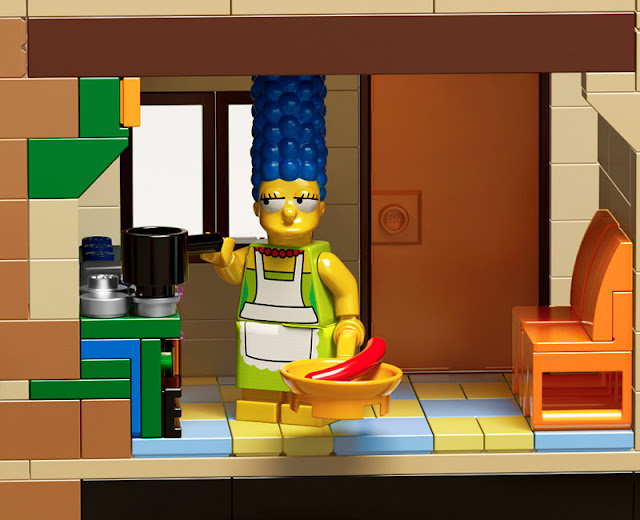 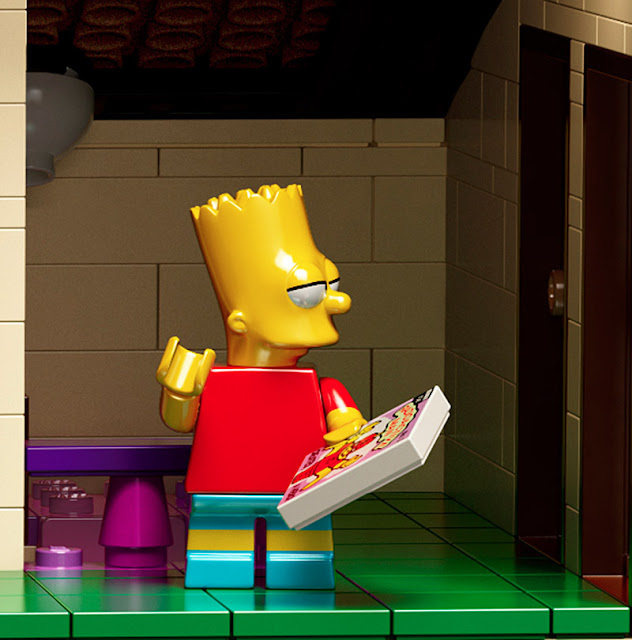 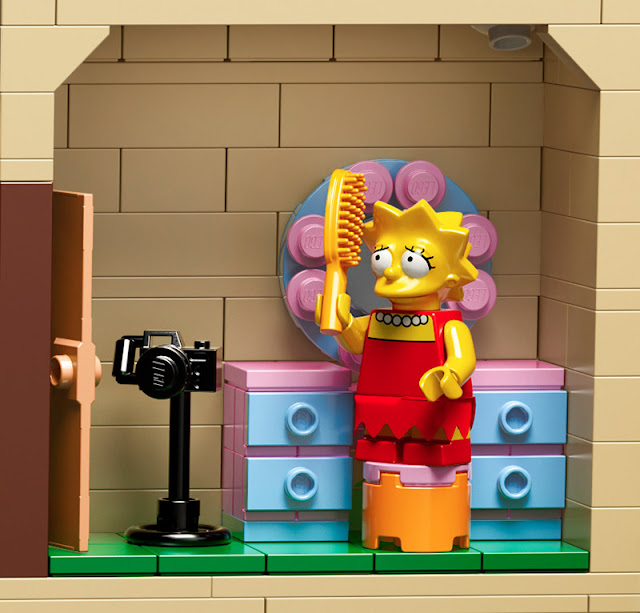 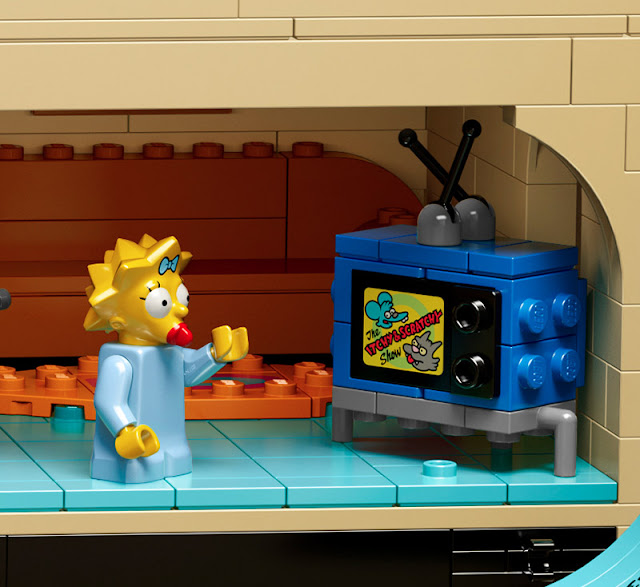 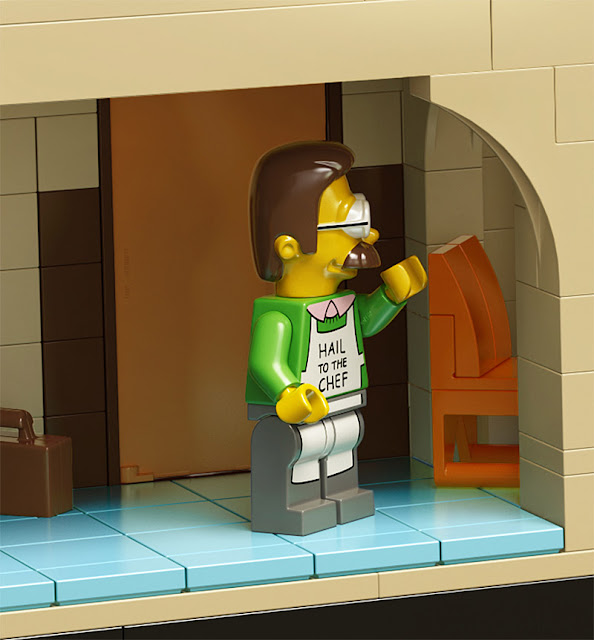 Next to the house is the detachable garage, complete with workbench, tool rack, vacuum cleaner, broom, toolbox, tools and the family car, complete with dent (because only in a LEGO world are dents a plus!), opening trunk and ‘radioactive’ bar from the nuclear power plant. 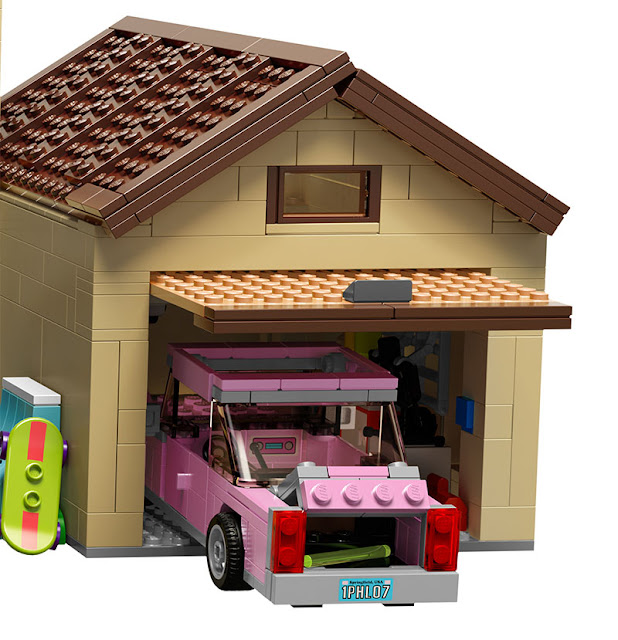 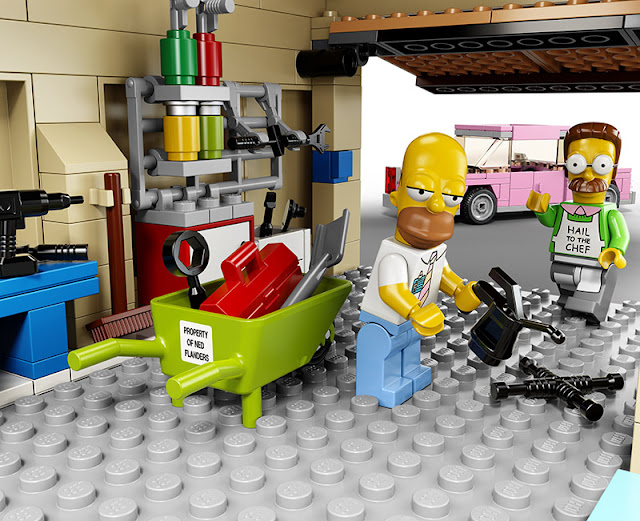 Step outside onto the terrace and you’ll find loads of cool items, including a grill, wheelbarrow and air conditioning unit with ‘Property of Ned Flanders’ decoration, sausages, 2 garden loungers, flowerpots, a shovel, 2 fruit cocktail glasses, Lisa’s camera, Bart’s skateboard ramp with ‘El Barto’ graffiti and an antenna on the roof. The Simpsons™ House is the perfect collector’s item for fans of all ages. 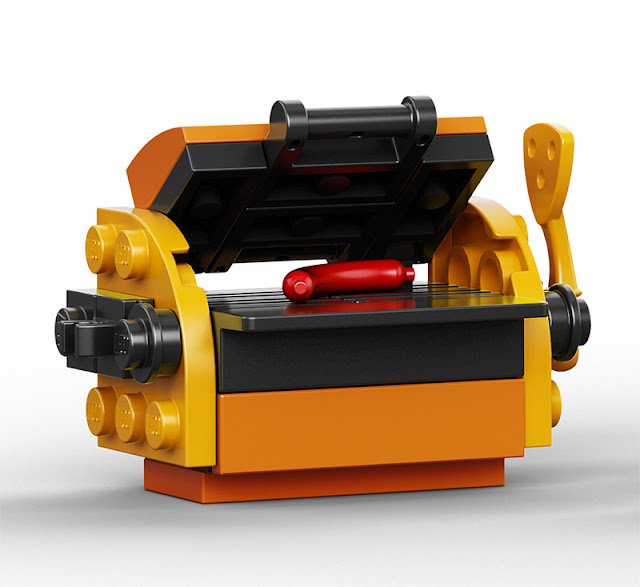 “We are thrilled to collaborate with Fox during the 25th anniversary year of the Simpsons,” said Jill Wilfert, vice president licensing & entertainment at The LEGO Group. “We know our fans will love the challenge of building the Simpsons’ family home in great detail and the ability to collect quintessential characters in LEGO minifigure form will let them showcase their love of the show in a whole new way. We are also excited that THE SIMPSONS will be created in LEGO form, truly bringing this partnership to life.”

“We are kicking off the 25th anniversary of THE SIMPSONS in a big way, and we think LEGO-loving fans of the show will be impressed with this collaboration that represents the best of both iconic worlds through the LEGO and THE SIMPSONS construction set, minifigures and LEGO-themed episode,” said Jeffrey Godsick, president of Twentieth Century Fox Consumer Products. “Our partnership with LEGO is the perfect addition to the range of product lines that will be introduced globally in celebration of this great milestone achievement in television history.”

Created by Matt Groening, THE SIMPSONS is the longest-running scripted show in TV history. Since premiering in December 1989, the series has become a cultural phenomenon, recognizable throughout the world. The show was named the “Best Show of the 20th Century” by Time Magazine, has won 28 Emmys and its theatrical short, "The Longest Daycare," was nominated for a 2012 Oscar.