The King Of Beers Is Getting Bent Out Of Shape. Budweiser Introduces Bow-Tie Shaped Cans. 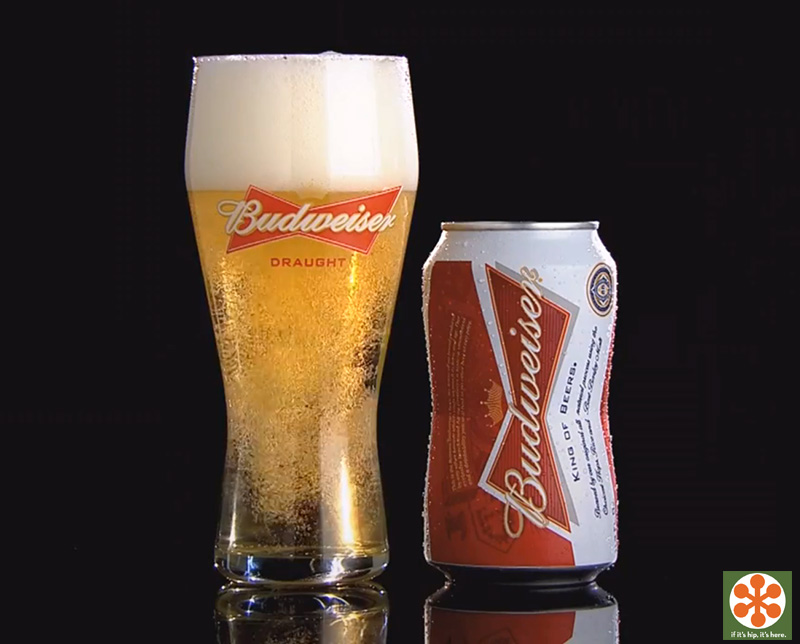 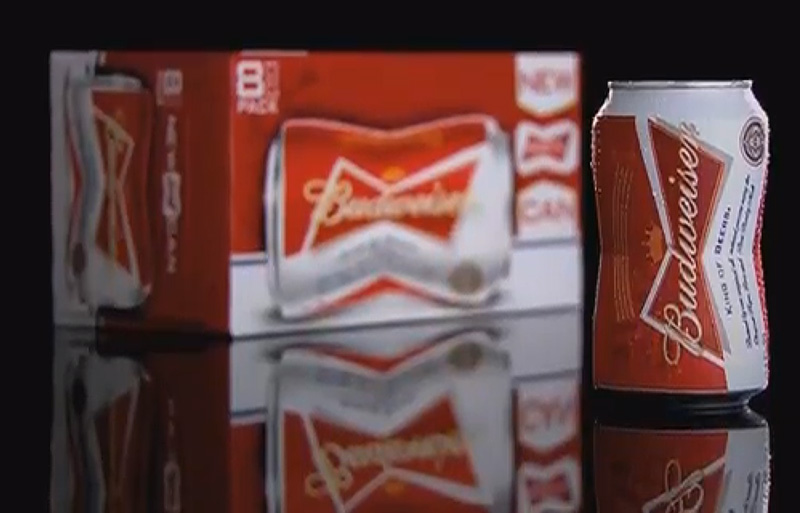 Now you can really tie one on with the new bow-tie shaped beer can from Budweiser. The new can design is Budweiser’s 13th since Anheuser-Busch began offering its flagship brand in cans in 1936. 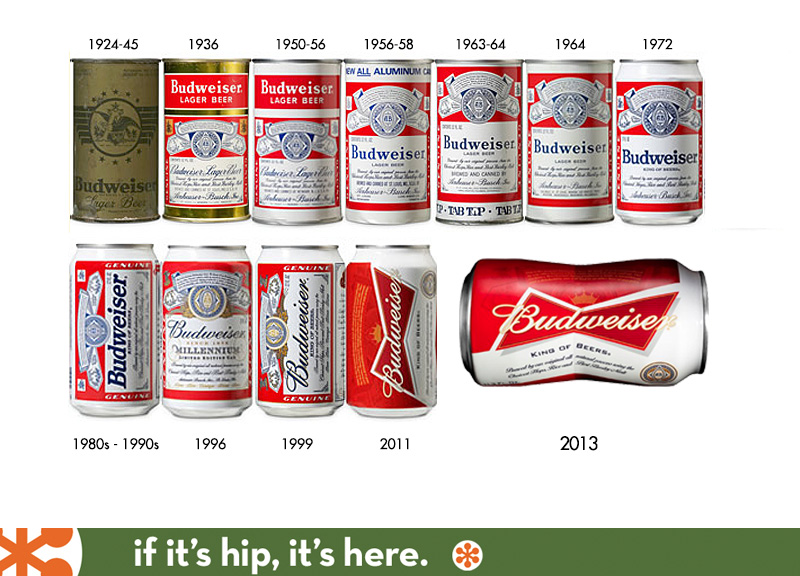 "This can is incomparable, like nothing you've ever seen before," said Pat McGauley, vice president of innovation for Anheuser-Busch, in a press release. "The world's most iconic beer brand deserves the world's most unique and innovative can. I think we have it here." 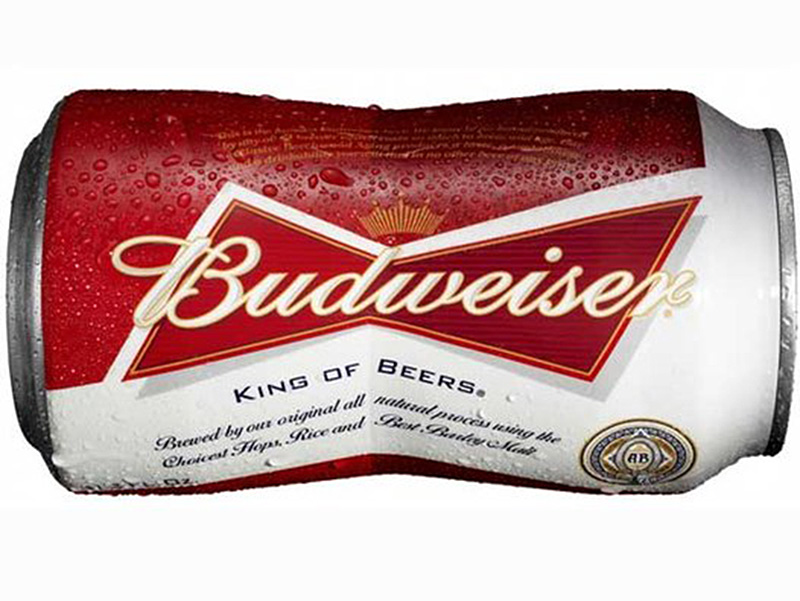 The bow tie can -- which is not replacing the traditional Budweiser can -- has been in development since 2010, though the idea was formed a couple of years prior.

above: The bow tie has been associated with the Budweiser brand since it appeared in a national advertising campaign in 1956.

It took the company a few years to develop the unique shape and is molded at Anheuser-Busch’s metal container facility 90 miles north of New York City. The beer maker says it made major equipment investments at its can-making facility in Newburgh, N.Y., to facilitate the 16-step process to create the cans. 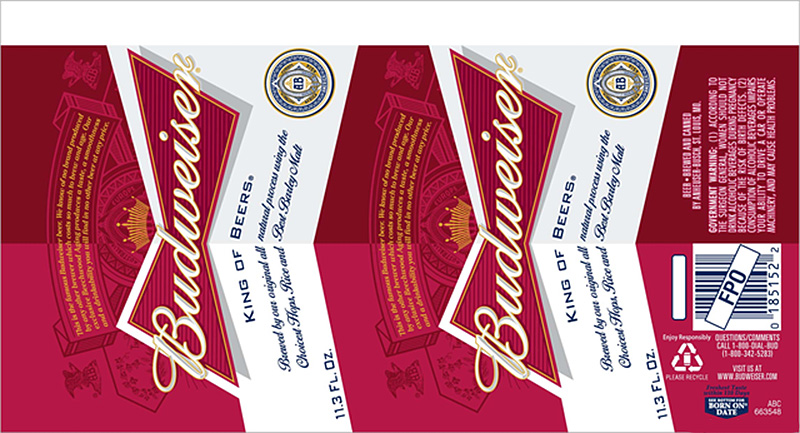 This three-year undertaking involved some significant changes both at the can-making facilities and on the packaging lines. Creating the can requires a 16-step process: ten steps to form the bottom half, with an additional six to form the top. According to the release, the physical limitations of aluminum required the angles of the bow tie to be very precise. 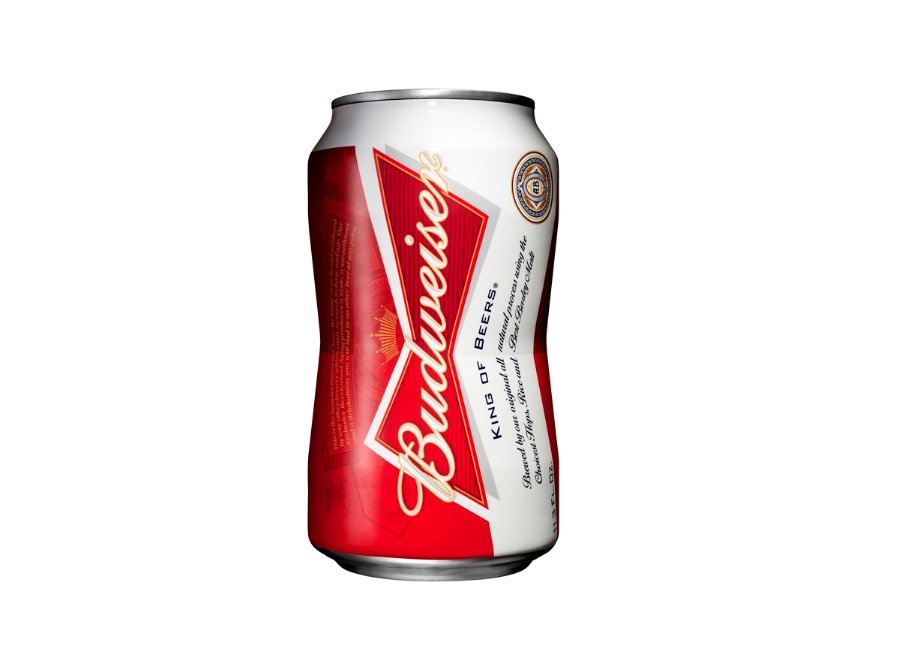 The bow tie can actually uses twice the amount of aluminum compared to a traditional can and it costs the company more to manufacture. However, there is slightly less beer in each -- 11.3 ounces, compared to the traditional 12 ounces. Each bowtie can holds about 137 calories, which is about 8.5 fewer calories than in a 12-ounce can.

They ought to consider a tie-in with BBC America's Doctor Who, because as any Whovian knows, "Bow Ties Are Cool": 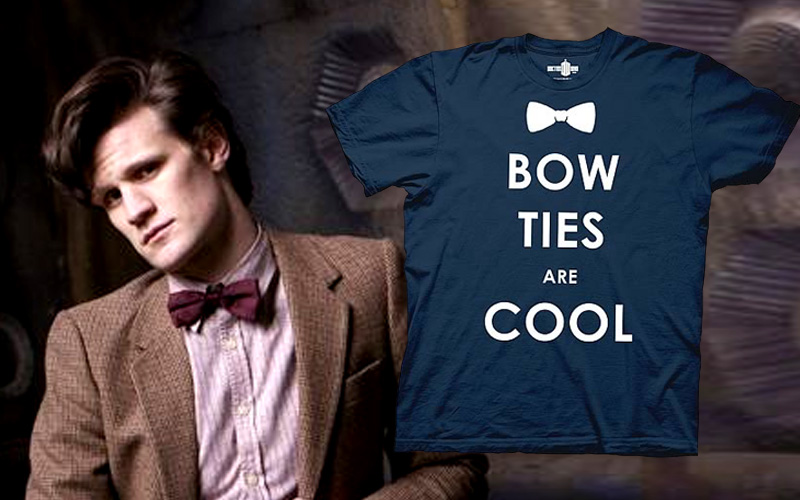 You can buy the above shirt here

The slightly odd shape of the can isn't the only new development on which Budweiser has been working. In 10 states, the company is test-marketing a 25-ounce can, which gives consumers one more ounce of beer than the traditional 24-ounce can. Sales of this can will begin over the summer. While McGauley had no other news to report at this time, he stressed that packaging was an important aspect in Budweiser's ongoing plans to innovate. 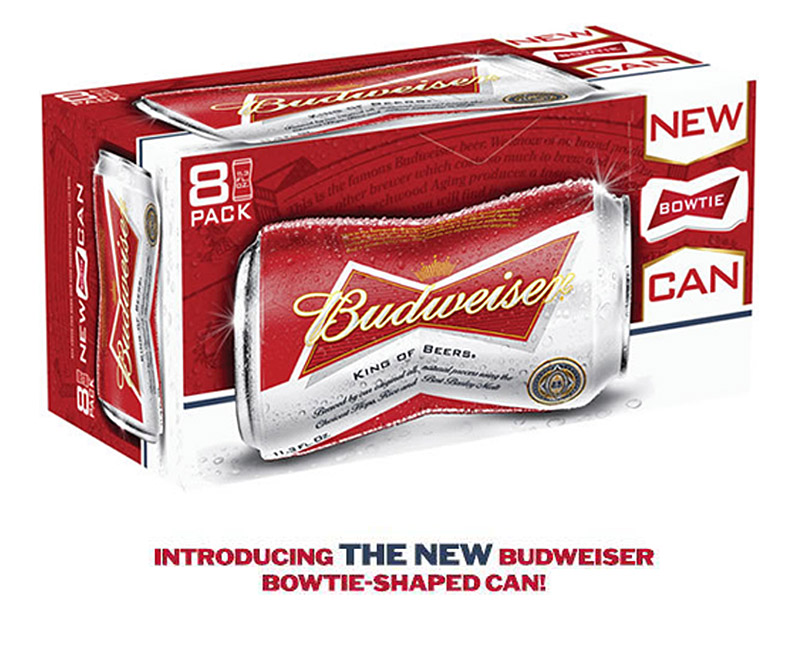 Budweiser breweries in Los Angeles and Williamsburg, Va., will be the first to package the new cans. More than 10 million cans have already been produced for the spring launch, with another 8 million currently being manufactured this month.

A marketing campaign that includes digital, print and new spots out of Anomaly will support the launch of the can, which will be available at supermarkets, convenience stores and liquor stores beginning May 6th. Consumers can find out where the new 8-packs can be located can call 1-800-DIAL-BUD.