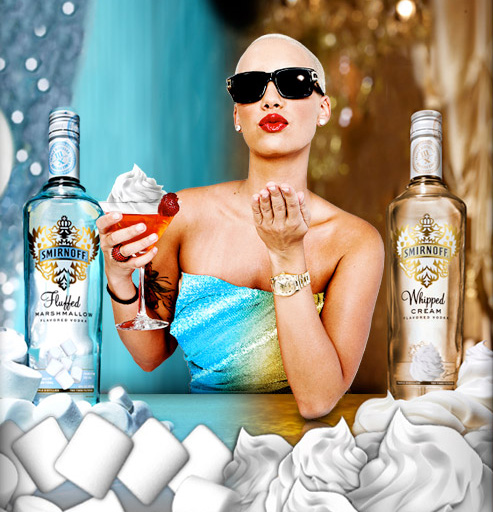 To some they may sound appealing, others may become nauseous, but yes, Smirnoff Vodka now comes Fluffed and Whipped. Two new dessert-type flavors (coined "confectionary" flavors by the alcohol industry) made to taste like marshmallow and whipped cream. 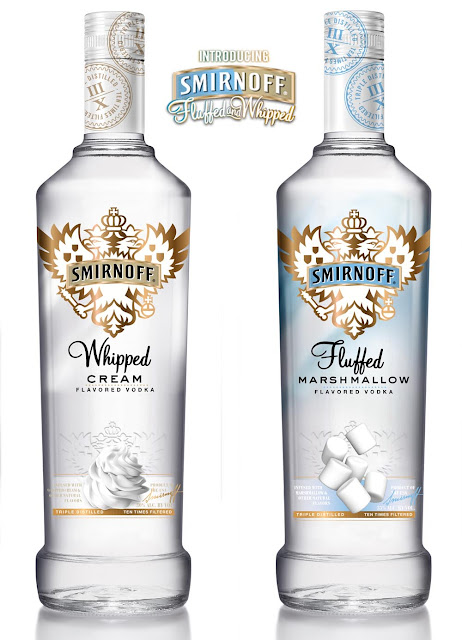 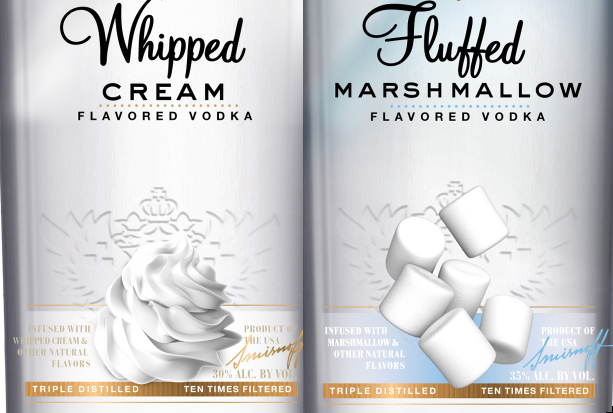 With less percentage alcohol per volume than their classic vodka (30% for the Whipped Cream and 35% for the Marshmallow versus 40% for their classic Red Label), the super sweet flavors go down easy- perhaps a little too easily, raising some concern about the obvious appeal to underage drinkers.

According to Smirnoff's press release "...SMIRNOFF Whipped Cream Flavored Vodka possesses a seductive aroma that compliments its smooth whipped cream taste. SMIRNOFF Fluffed Marshmallow Flavored Vodka has a refreshing and airy scent that is met with the subtle sweetness of confection—qualities that exemplify the innocent side of a favorite indulgent dessert."

Drinkhacker rates and reviews the flavors as following: 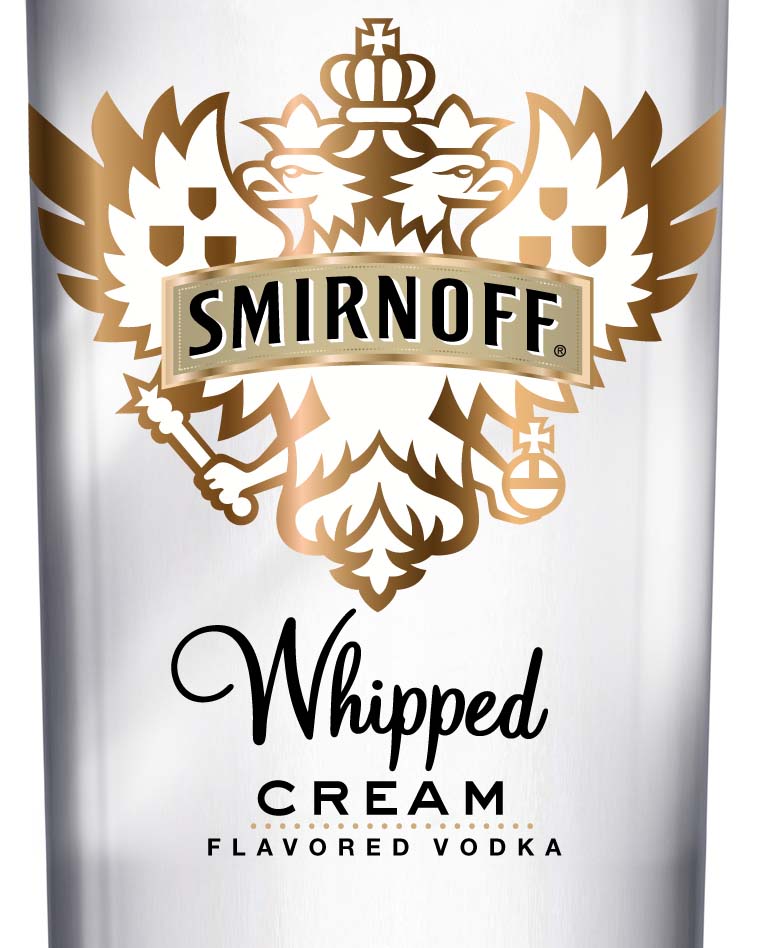 Smirnoff Whipped Cream Vodka – "Sure, I’ll buy that. It’s more caramelized sugar than whipped cream. Baked Alaska or crispy creme brulee crust, with a distinct coconut vibe, instead of Reddy Whip. That said, it’s so sweet that any sense of “vodka” all but vanishes into the dessert course here. Add to coffee, hot chocolate, or your insulin shot. B" - drinkhacker 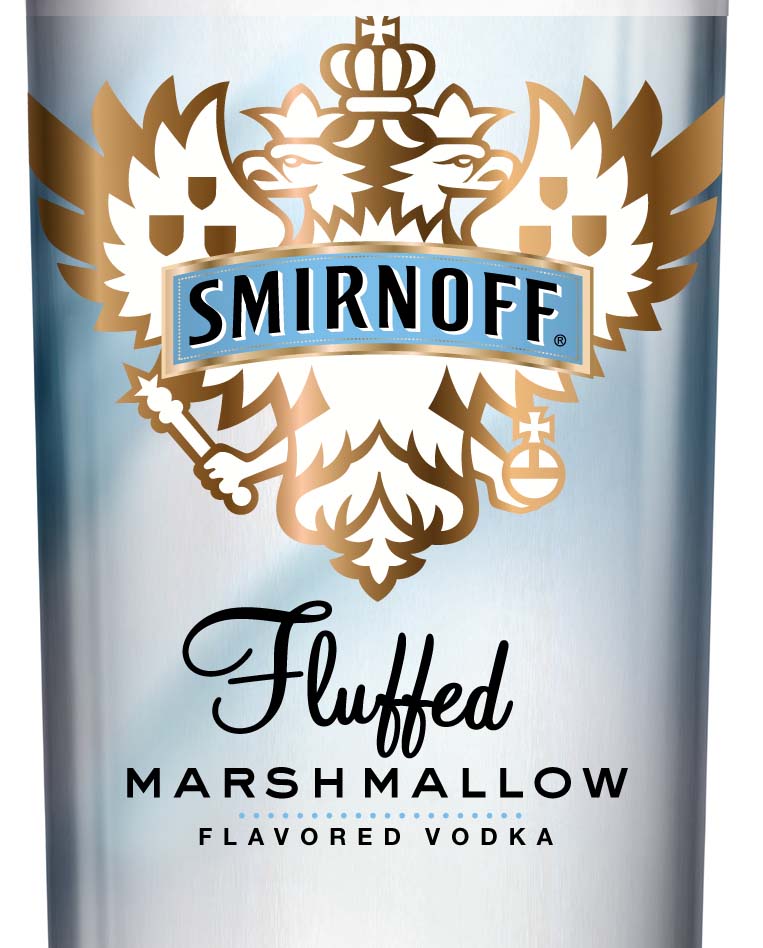 Smirnoff Fluffed Marshmallow Vodka – "Are we done? We are not done. Because while I’ve tried whipped cream vodkas before, here comes the first marshmallow-flavored vodka I’ve ever tried. Fluffed isn’t right: Like the Whipped Cream version, there’s a burnt character here. This is toasted marshmallow, not fluffed marshmallow. I swear you can taste the stick that’s impaling the marshmallow and holding it over the campfire. I think this is a little more complex, and ultimately a bit more interesting — for a crazy girl drink vodka, anyway. B+"- drinkhacker 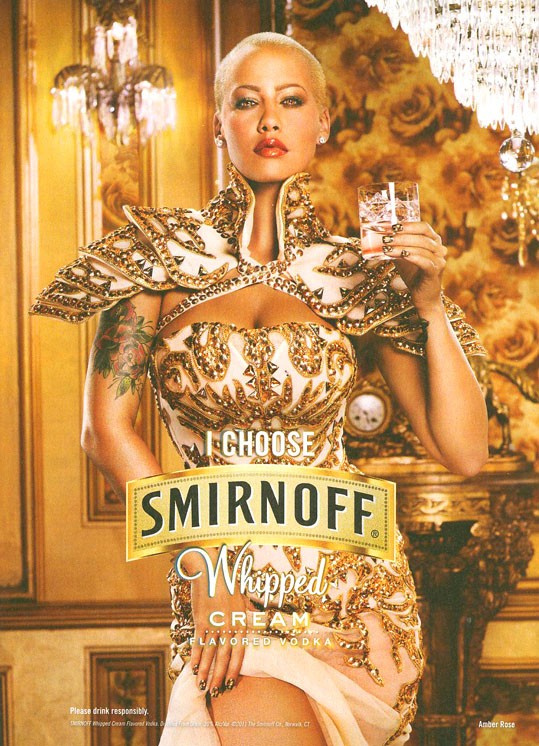 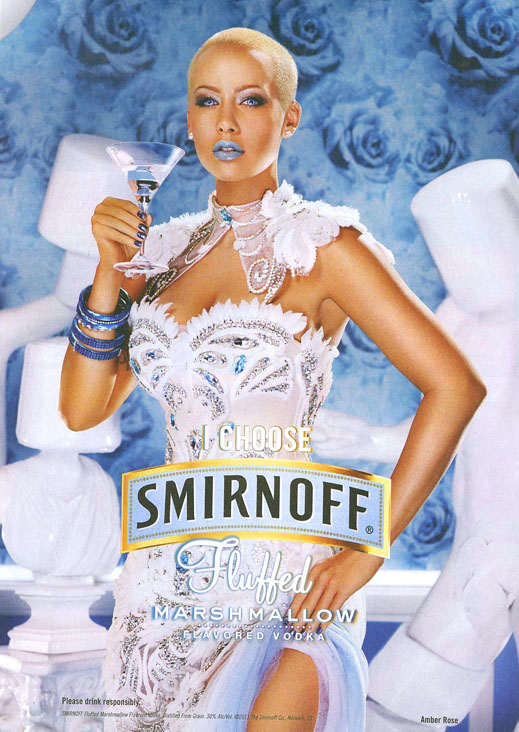 The ad campaign, produced by the Smirnoff creative advertising agency, JWT New York, uses Amber Rose as a spokesperson/brand ambassador with a series of print ads and a tv spot shot by David LaChapelle. 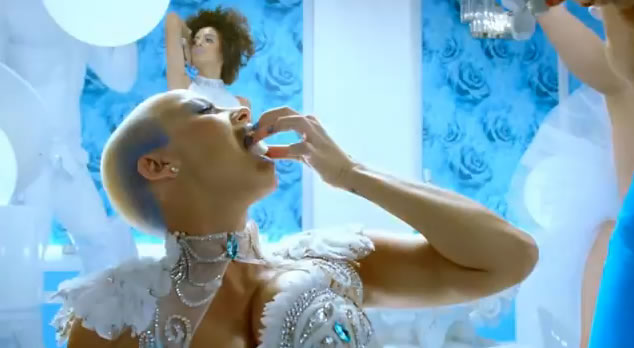 In typical LaChapelle fashion, the print ads and tv spot feature the socialite and model in a surreal, sexually suggestive and outrageously colorful world.

The print ads will run in magazines like Instinct, OK, People Style Watch, Rolling Stone and The Star.

The outdoor ads will be a mix of LaChapelle images and pictures of the bottles. There will be billboards, signs in subway stations and bus wraps.

The commercials will run on cable channels like BET, Comedy Central, TBS and VH1 and appear on shows for which more than 70 percent of the viewers are ages 21 and older, according to Alefiyah Sarma, senior brand manager for Diageo in New York.