The Holiday Party Sobriety Test Mobile App. Another Way Webroot is Protecting You. 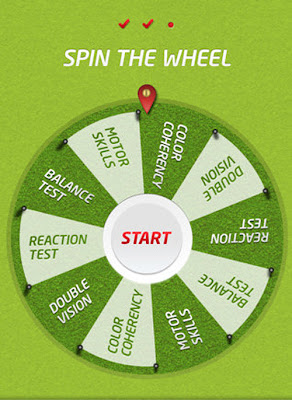 Webroot has specifically designed this app to prevent the loss of clothing, dignity, job, marriage or friends. While you are free to ignore its advice it will test your coordination, comprehension or lack there of and attempt to guide you away from an early or embarrassing end to your evening. It’s just another way Webroot protects you from all possible threats, even yourself. 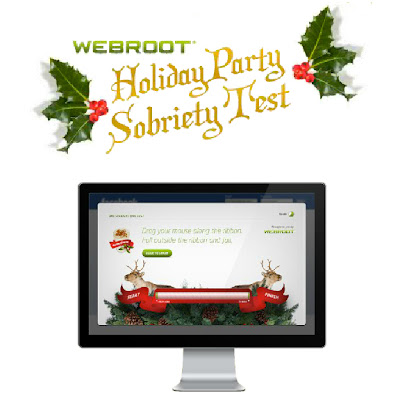 It’s the most wonderful time of the year – a time of good spirits and holiday cheer when friends and co-workers get together to celebrate the season. It’s also a time when some of us get a little too caught up in the celebration and over indulge. Consider the three Capitol Hill staffers who just lost their jobs when their drunk twittering caught up to them. 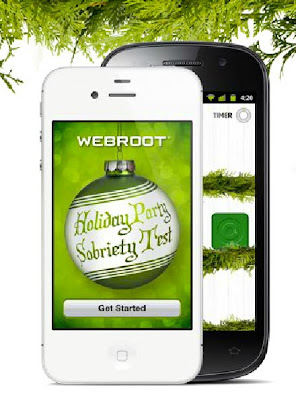 What might have happened if those Capitol Hill staffers had taken advantage of the Holiday Sobriety Test, created by TDA for Internet security company Webroot? A new survey commissioned by TDA reveals some activities that party-goers might not have engaged in had they taken a sobriety test. 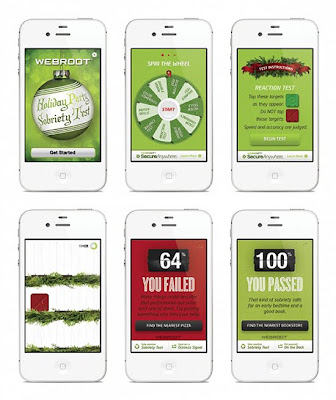 Here’s what a random sampling of party-goers said they might have avoided:

· Kept the Party Going: Of those who attended a holiday party, 46% said they wouldn’t have “gone out for more drinks” if they’d just taken that sobriety test;

· Stupid Texting – 34% said they wouldn’t have “sent a stupid text to their spouse, significant other or family member.” (Sound familiar boys?)

· Busted a Move – 26% would have avoided that “sexy dance in front of my co-workers.”

· X-Rated After Party – 25% would never have gone home with a co-worker to continue the celebration.

· A Picture is Worth a Thousand Words – 24% would have resisted commemorating the evening’s activities by posting an embarrassing photo on Facebook.

· The Boss is a Babe – 18% would have skipped bussing the boss on the way out.

· Bashed the Party – 17% would have refrained from posting an uncomplimentary comment about the party.

· Trashed the Guests – 15% would never have written that snarky text about the other guests.

Just in time for the holiday party season, TDA and Webroot launched the Holiday Party Sobriety Test, a free mobile app for Android and iPhone devices, designed to save us all from our inebriated selves. Created to keep us out of trouble, the app provides a series of sobriety tests that can be taken right at the party. Failure of any of the tests triggers a warning to dial it down for the rest of the evening. 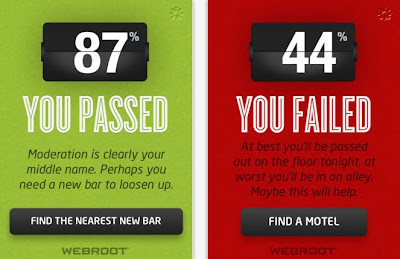 While it’s definitely the season to be jolly, no one wants all that holiday cheer to follow them into the New Year – and beyond. Remember, the job you save with the Holiday Sobriety Test may be your own. Interested consumers can visit webroot.com/sobrietytest for more information and to download the app.

**NOTE: This App is in no way intended to be an actual test of sobriety or any other measure of driving ability. The intent of this product is for entertainment and advertisement purposes only.

Only compatible with iOS 5 devices.

This data is based on a national cross-section online survey of 974 of the general public; half men and women, ages 21 and over. The data was weighted to the National Census. Almost 20% of the public claimed to have done any of these activities. The interview dates was December 1 through December 4, 2011. The margin of error on the totals is about plus or minus 5%.