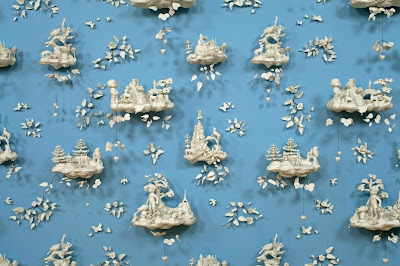 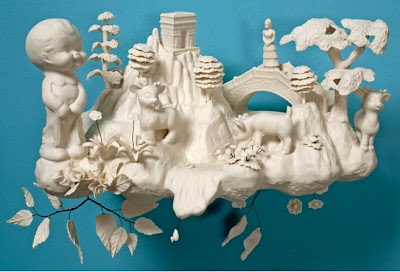 “Folly” is a three-dimensional rendering of traditional Toile de Jouy wallpaper by artist Beth Katleman. On close inspection, the elegant, Asian-inspired pavilions that comprise the landscape of “Folly” are populated with kitschy figures, cast in ceramic, from popular culture. 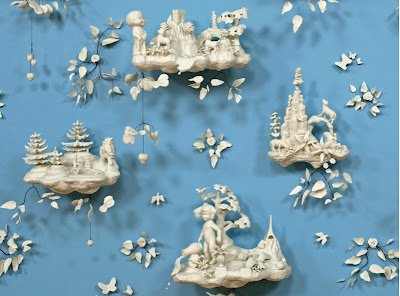 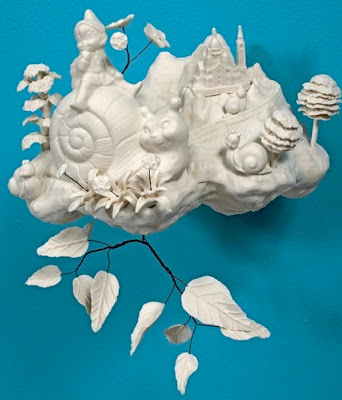 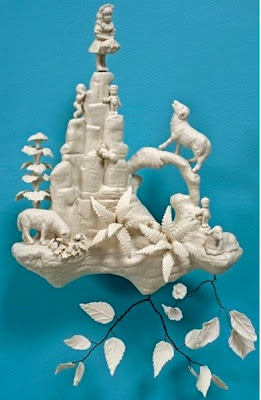 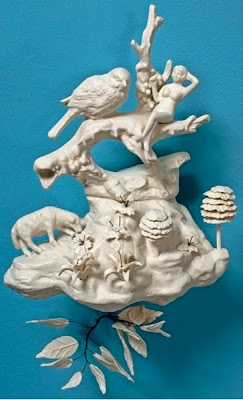 The artist created 12 separate installations of Folly, the first of which sold for $200,000 through Todd Merrill Studio Contemporary to a private Australian collector in 2010. 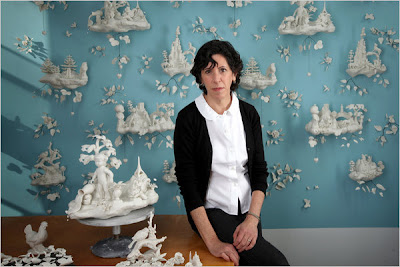 As Katleman, shown above in front of one of her Folly installations, explains:
“I have long been fascinated by Toile de Jouy, the printed fabrics that drape the walls and beds of 18th century France. Peasants cavort in bucolic landscapes decked out with flowers, all in the shadow of classical ruins. There is something surreal about these scenes, which float, disembodied in a world without gravity. I love the contrast between the ornate sensuality and frivolity of the scenes, and the incongruous setting. Often the 2nd and 3rd generation knock‐offs catch my eye, especially those that project a sense of optimism, as though they long for a grander existence” 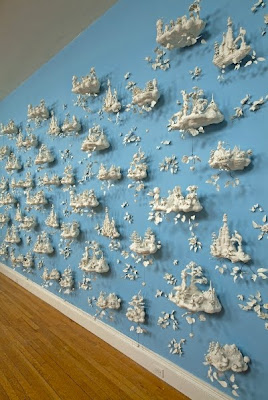 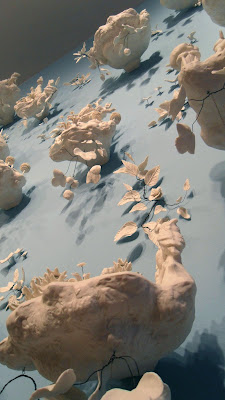 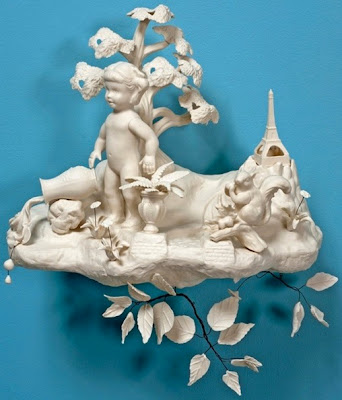 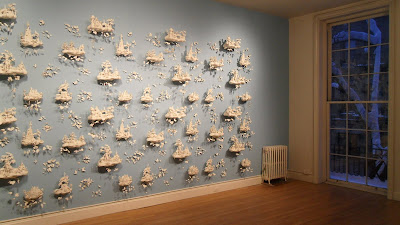 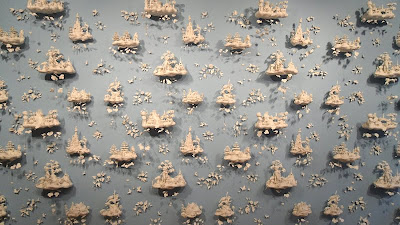 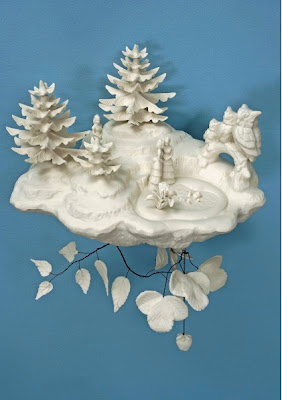 In Miami, Folly was installed on a Royal blue painted wall instead of the Wedgewood blue seen at both the Greenwich House's Jane Hartsook Gallery and Todd Merill Studio Contemporary. 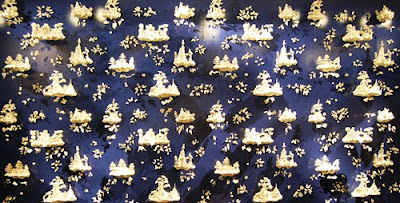 "Folly" has received recent coverage in The New York Times, The Art Economist, The Art Newspaper, Ceramics Art and Perception, France’s La Tribune, Shanghai’s Grand Design and Taiwan’s Cacao. “Folly” was exhibited at the Museum of Arts and Design in New York in the Fall of 2011 and will be on view at The National Trust in the U.K at Claydon House in 2012.