Books and Bibles that go Bang Bang! Bookguns by artist Robert The. 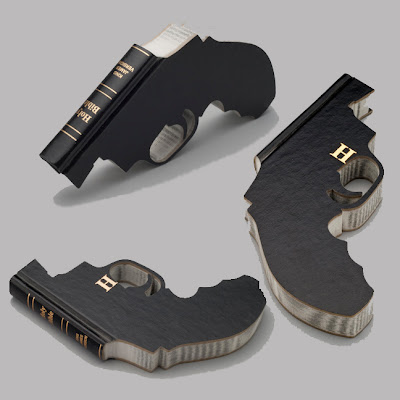 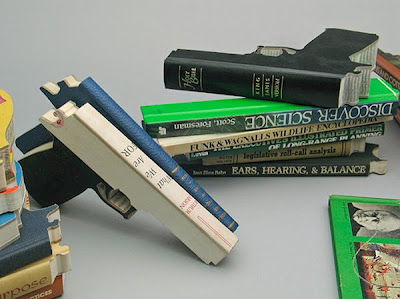 Artist Robert The has been turning the printed word into facsimiles of weapons since 1995. His choice of books have purposefully ironic titles or subject matter when handcarved into the shape of handguns.

The Medium Is The Message: 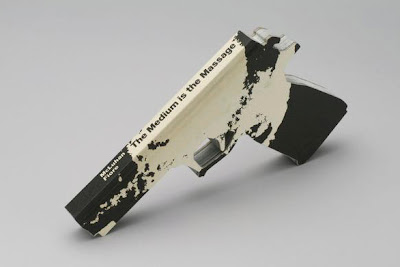 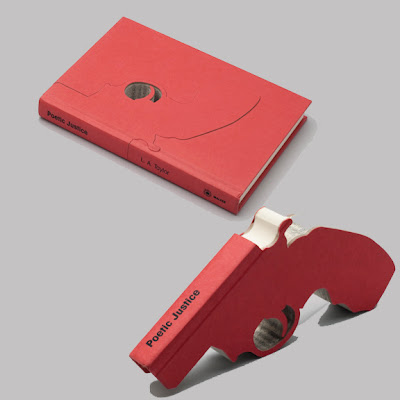 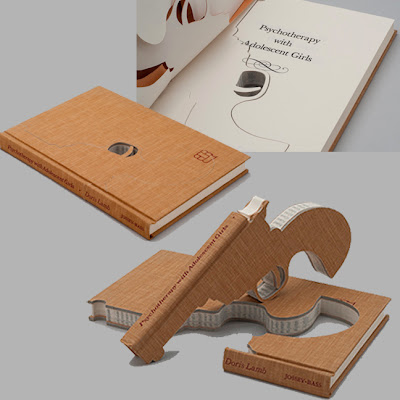 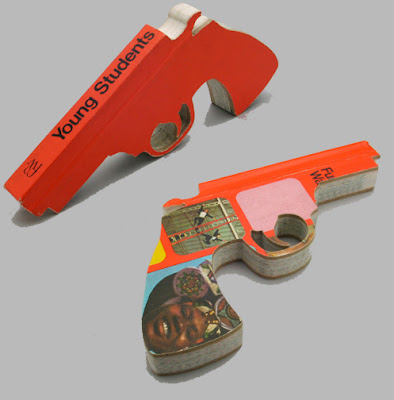 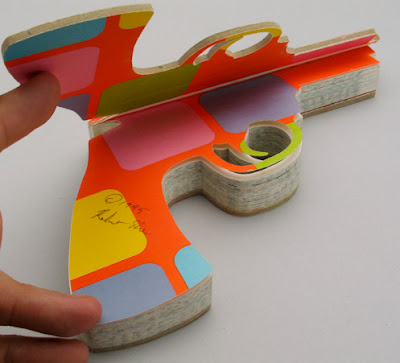 He states "Obsession with the semiotic erosion of meaning and reality led me to create objects that evangelize their own relevance by a direct fusion of word and form. Books (many culled from dumpsters and thrift store bins) are lovingly vandalized back to life so they can assert themselves against the culture which turned them into debris." - Robert The, 1995 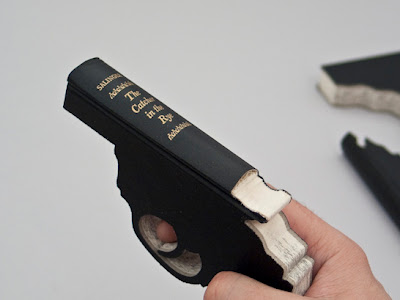 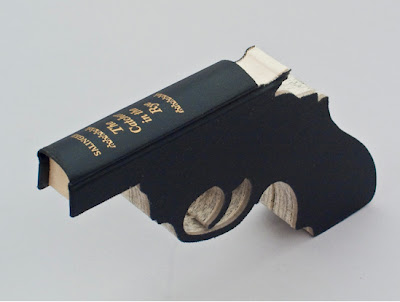 In addition to taking well known novels such as J.D. Salinger's Catcher In the Rye (above) and academic texts and turning them into pistols made of pages, Robert has a series of bibles he's turned into different weapons as well. 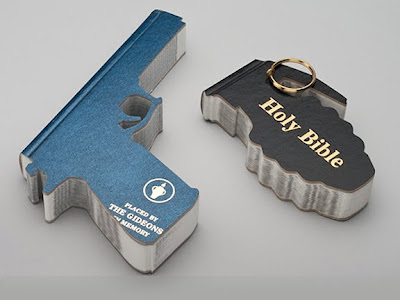 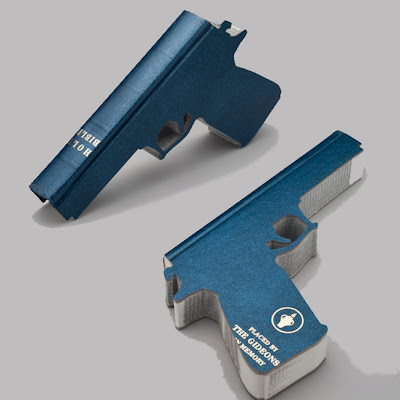 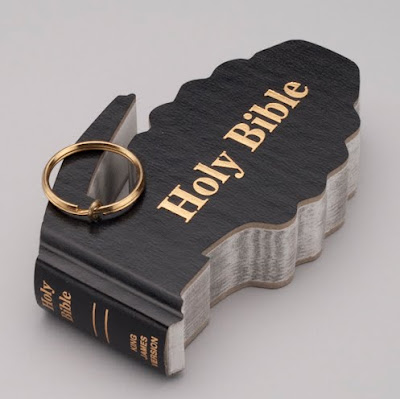 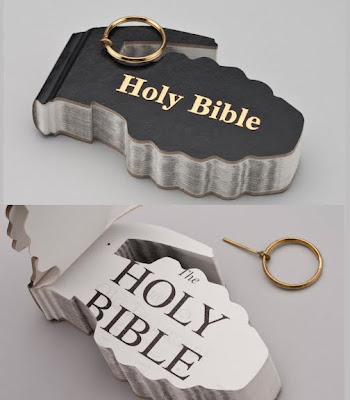 Undoubtedly his turning bibles into guns and grenades will get most people up in arms, so to speak, but that's kind of the point. 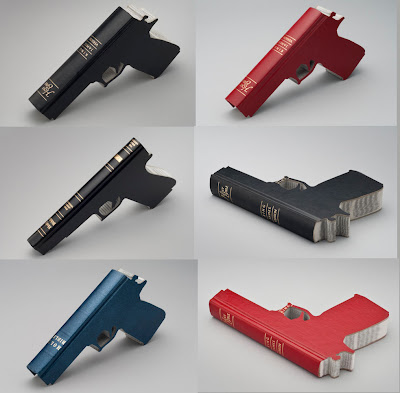 above: various versions of the new testament carved into handguns by Robert The

Thanks to GizFactory via Toxel for bringing these to my attention.