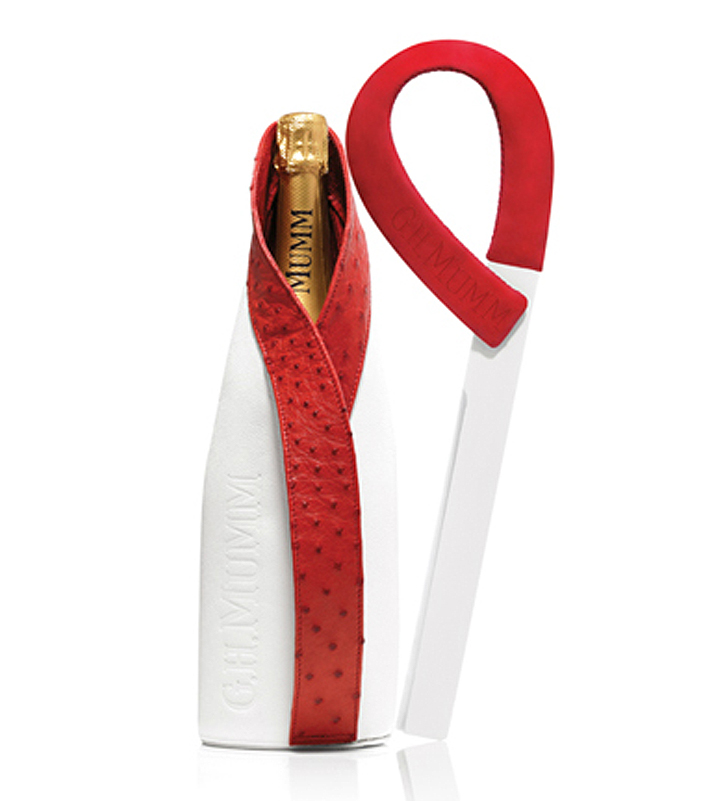 Champagne House G.H. Mumm & Cie renewed its association with designer Patrick Jouin and Les Ateliers d'Orfevrerie d'Anjou to create yet another sophisticated and original ritual for their Cordon Rouge champagne. 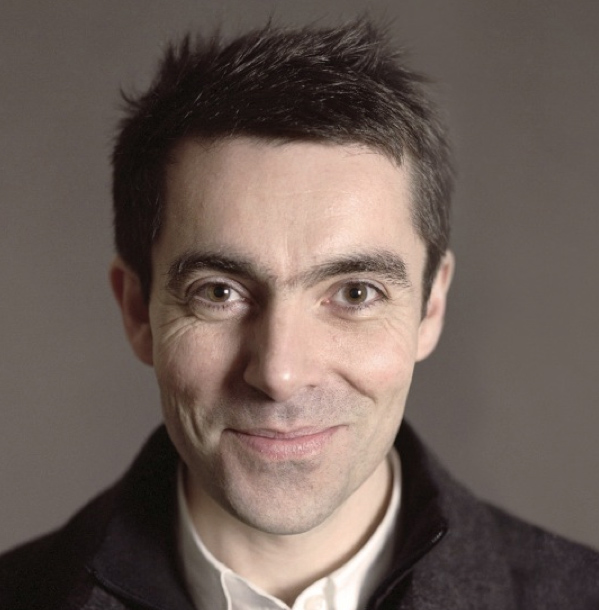 This year the collaboration yielded another luxurious version of the carrying case and saber, packaged in a white painted and lacquered wooden box. 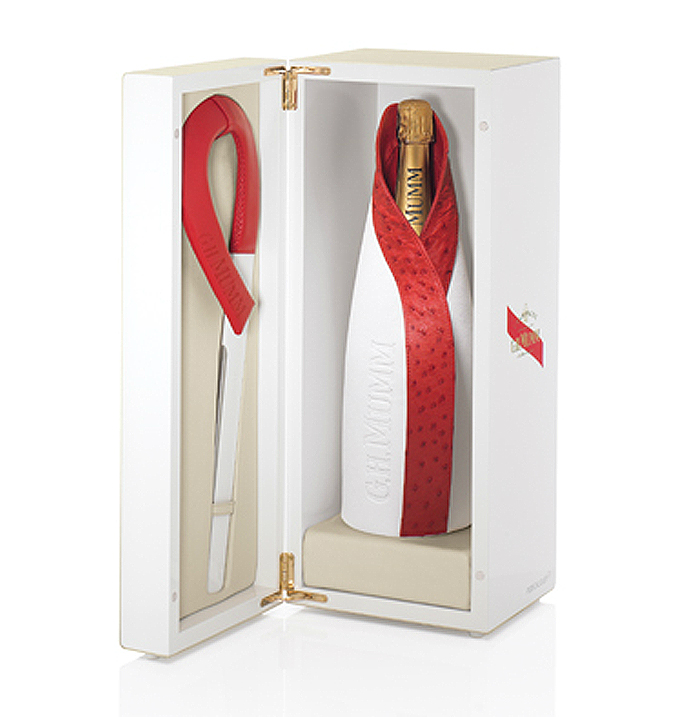 For 2011, the luxurious Isothermal case is made of white calfskin lined with alcantara and is now enhanced by a red ostrich leather cord. The GH MUMM logotype is embossed rather than printed on the Isothermic Cordon Rouge bag for this year's version: 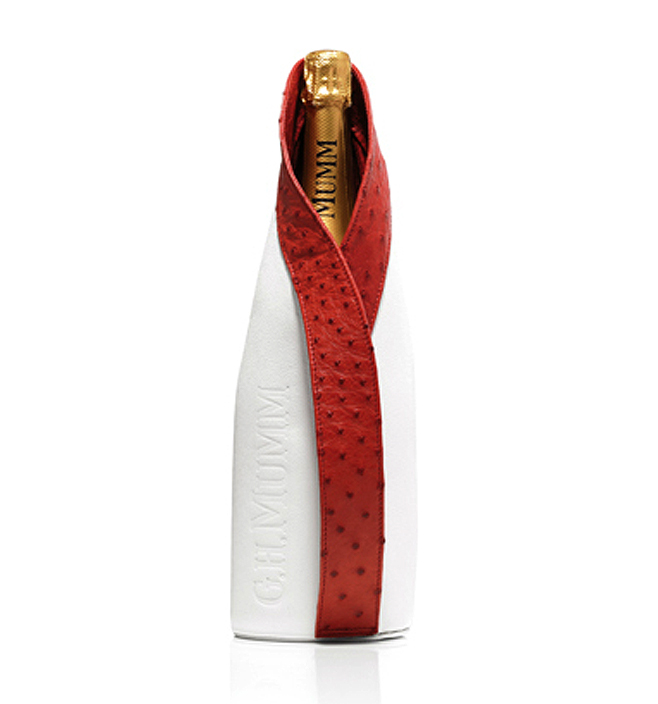 And once again, it is packaged with the traditional Champagne Saber. 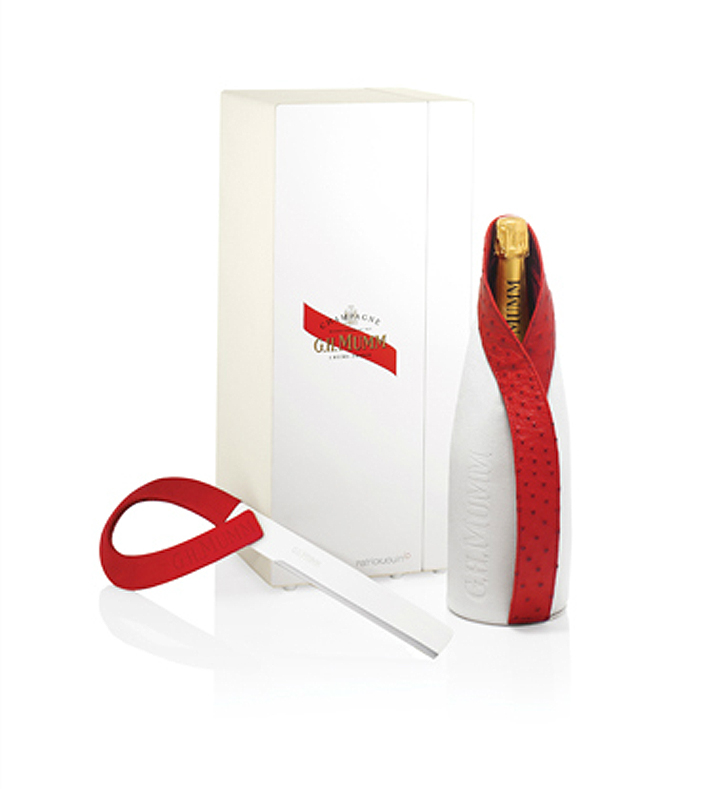 Last year, the companies' ceremonial Saber (a sword used to expel the cork in a masterful gesture) with a steel blade and leather handle was designed by Jouin, as well as the Cordon Rouge leather carrying case and the Georges' Champagne bucket, all shown below. 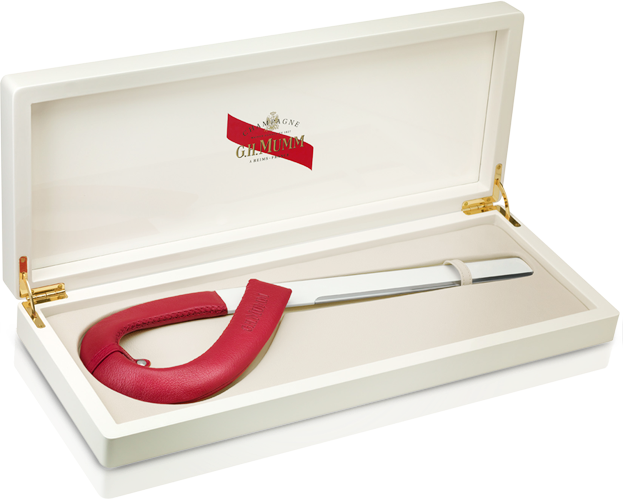 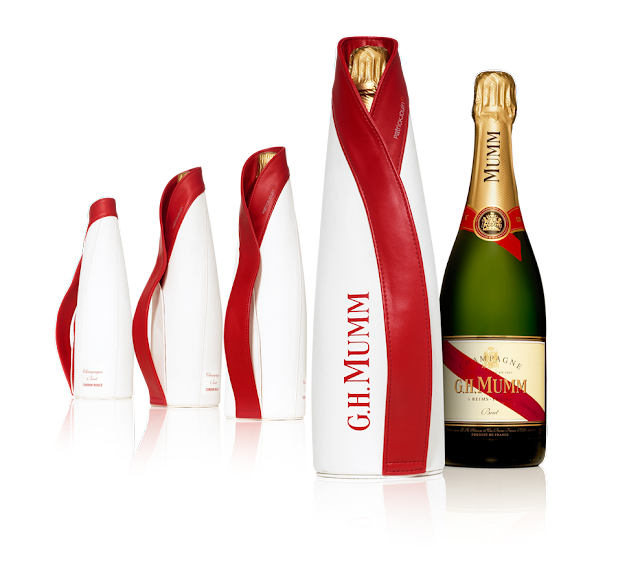