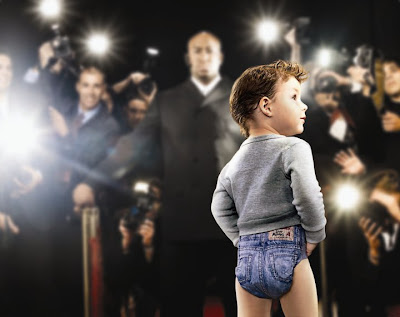 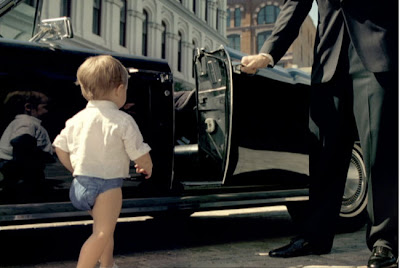 Huggies is upping their fashion quotient (after all, they now have to compete with Ed Hardy diapers) with the US launch of Little Movers Denim Jean Diapers, a diaper with a printed pattern of simulated denim that includes stitched seams and back pockets. The stylish disposables have already been around in several other countries, including Israel, Mexico Singapore and Russia. 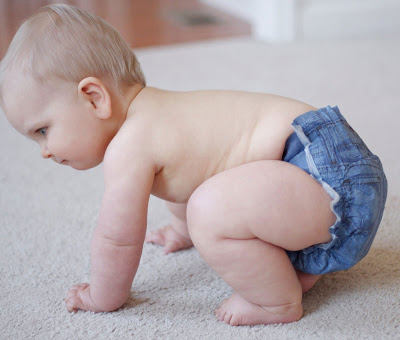 above photo courtesy of Baby Gaga.

To help launch the new product, JWT New York has created a new 30 second television spot. The tv spot doesn't mince words, instead they give us the straight poop, so to speak. 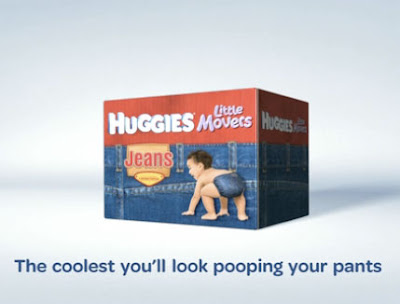 above: the tag line shown was considered too risqué for some networks, believe it or not.

While the jeans diaper commercial, which is scheduled to run on May 31, was accepted by 13 networks, including NBC, TNT and E!, three others, ABC, ABC Family and Sprout, objected to screen text at the end of the spot that included the word “pooping,” according to Huggies. (The brand did not seek to advertise on either CBS or Fox.) For those networks, the text was changed to, “When you gotta go, go in style.”

Below is the launch spot for Huggies Little Mover Jeans in Denim, which has the tagline "I poo in blue". 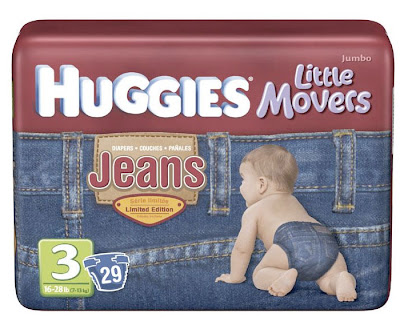 The new diaper is the first of its kind available in the United States and is available nationwide for a limited time from June through July 2010, where diapers are sold.

"Jeans have always been a Mommy fashion must-have, but now it's time for their little ones to steal the style," said Stuart Schneider, senior brand director of Huggies. "The design helps babies stay trendy while keeping dry with the same revolutionary design and proven leakage protection that moms have come to know and trust from the Huggies brand." 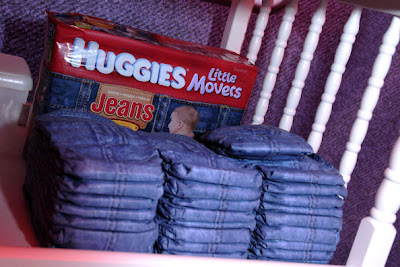 Huggies Jeans Diapers feature a fashionable blue denim design, providing parents and little ones everywhere with a trendy way to express their personal styles. First launched in Israel in 2007, Huggies Jeans Diapers have been a success in more than 20 countries around the world including Russia, South Korea, Mexico, Singapore and many more.

"Following the success of our global Huggies brand teams, we're inviting consumers to engage with the Huggies brand in the same way they would engage with a fashion brand they love," said Schneider. "From baby fashion shows to celebrity partnerships, we're challenging moms to look at diapers in a whole new way." 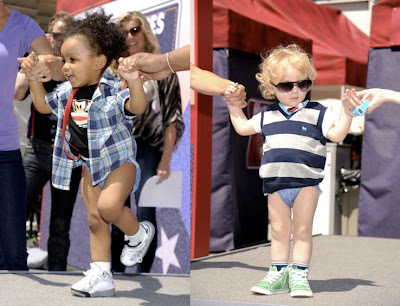 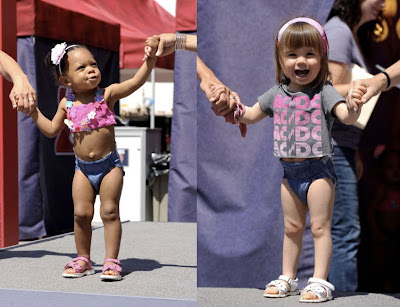 above: babies rocking the new diapers at the New York Launch Event

The release of the fashion innovation in North America will include a comprehensive integrated marketing program that will stop moms in their tracks and inspire them to purchase Huggies Jeans Diapers. Utilizing the same tactics as a fashion brand, the team is incorporating a mix of marketing elements that include fashion shows, celebrity partnerships, social media, public relations, digital and e-commerce partnerships, TV, mall and Internet advertising, as well as highly visible and unique in-store displays and cross promotions. 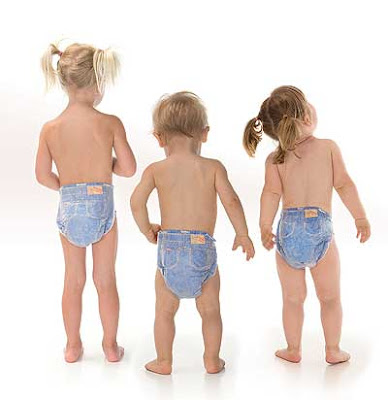 Huggies Jeans Diapers are available in three sizes, from size 3 (16-28 lbs) through size 5 (over 27 lbs) for a manufacturer's suggested retail price of $9.59 for a jumbo pack and $19.99 for a big pack (diaper count varies based on diaper size).