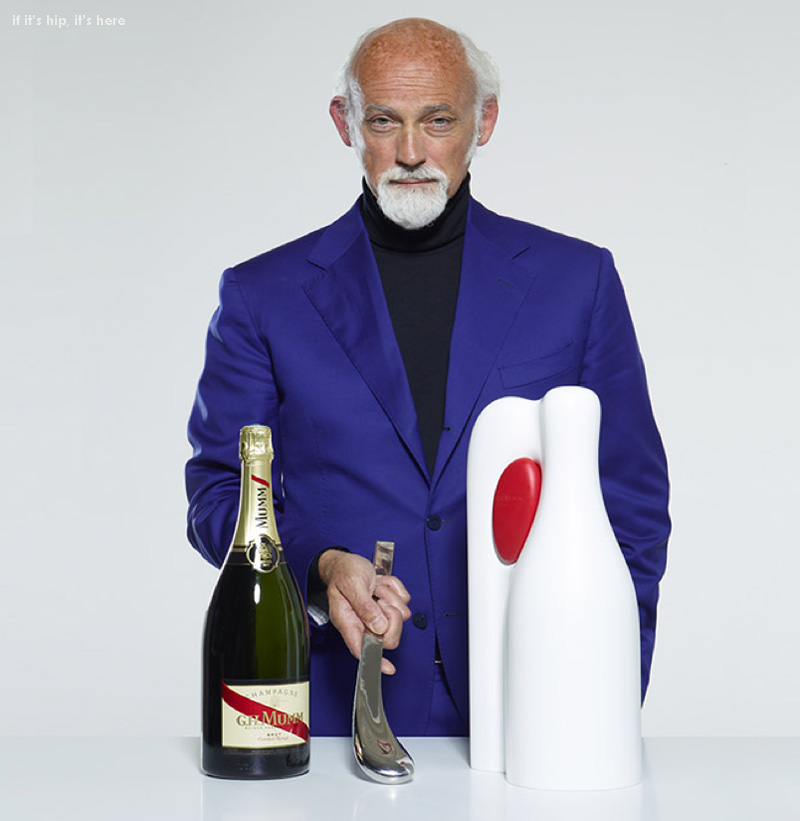 In the past I shared with you designer Patrick Jouin's specially designed versions of Champagne House G.H. Mumm's traditional Cordon Rouge Case and Saber for 2011 and 2010. The companies' ceremonial Saber is a sword used to expel the cork and an accompanying case is designed to bold both the Saber and the Champagne. 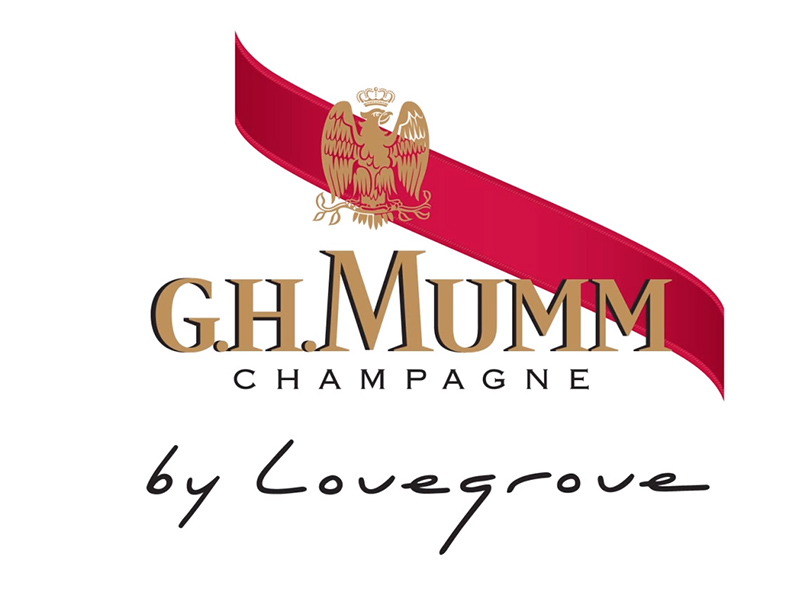 This year, G.H. MUMM enlisted industrial designer Ross Lovegrove for the annual task. By entrusting the internationally renowned designer with the task of creating a sabre, G.H.MUMM has brought a modern touch to this great tradition. A gamble that has paid off handsomely, combining two worlds: that of a Champagne House constantly looking to innovate and that of a designer recognised as a leader of 21st century aesthetics. 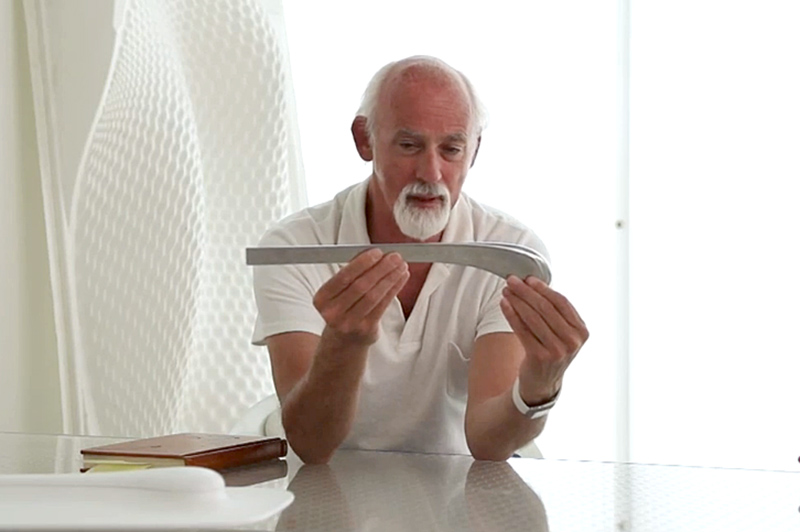 "It's one of those magical acts that is so poly-sensorial and culturally enriching that as a designer one is naturally drawn to the cult of the object"- Ross Lovegrove for G.H.MUMM. 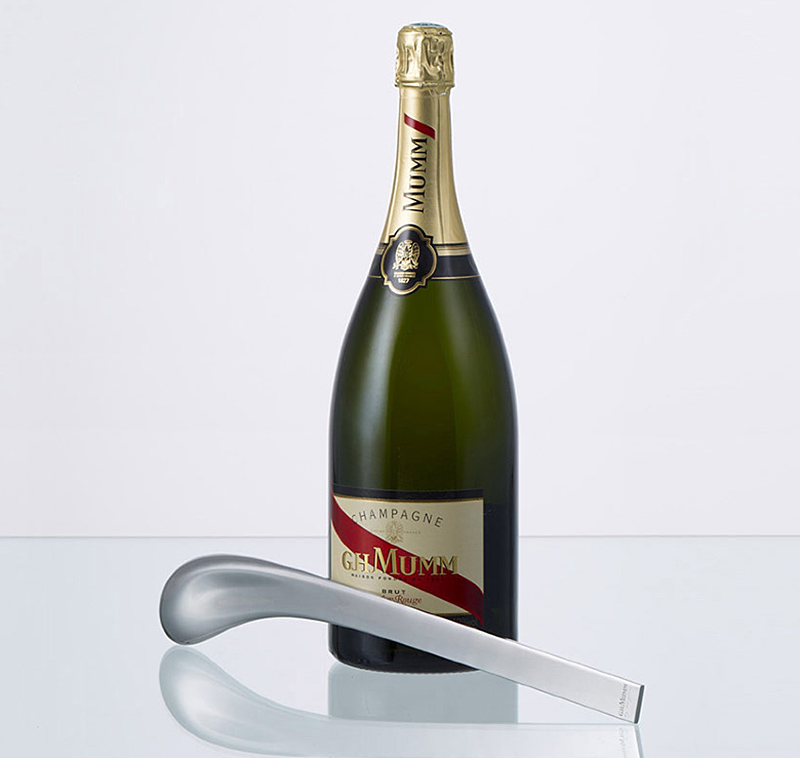 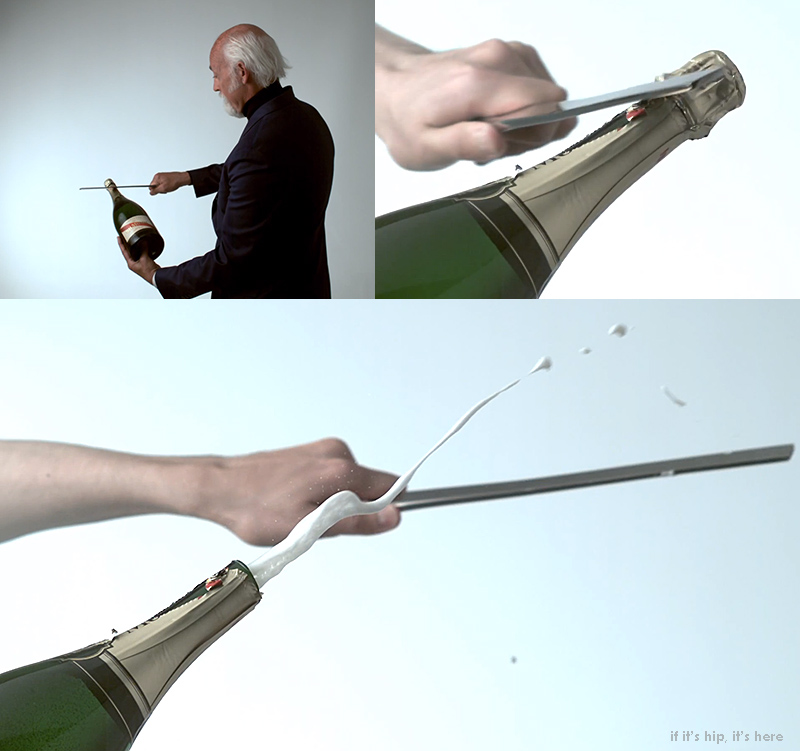 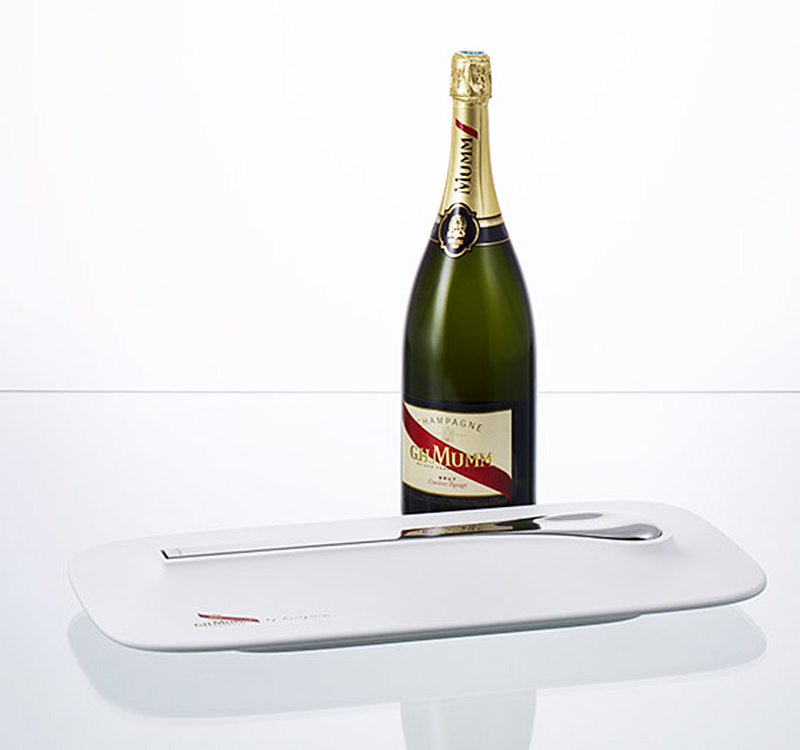 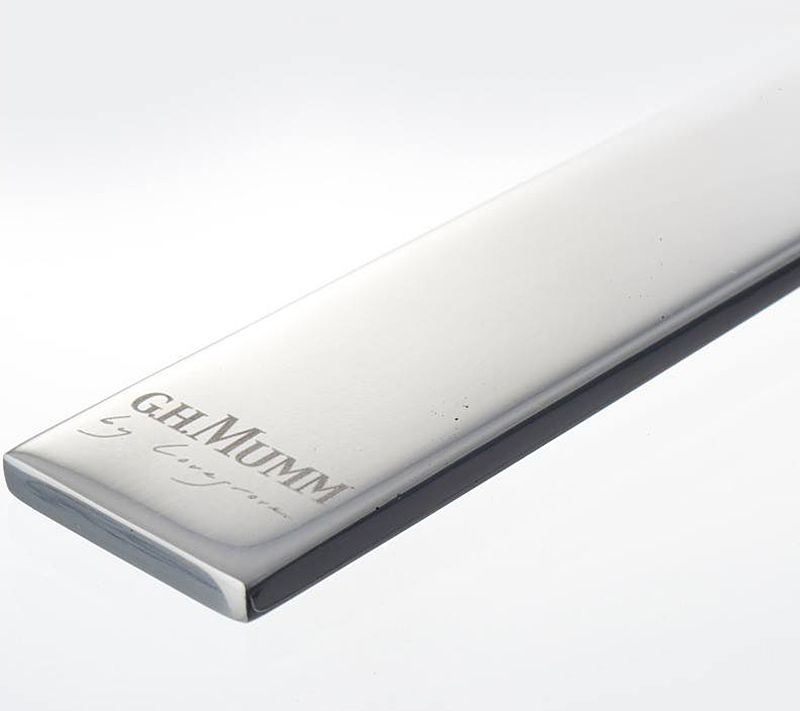 The G.H.MUMM sabre is a true product of Ross Lovegrove’s world: an approach in which beauty and intelligence unite, where energy is transformed into an object with clean-cut lines. Stainless steel was the designer’s material of choice precisely because of its modernity and because it is as timeless as champagne itself". Curved at the pommel, the line then straightens towards the tip, where the signatures of the House and the artist are engraved. Designed for both left- and right-handed use, the G.H.MUMM sabre offers the perfect balance between weight and mass." 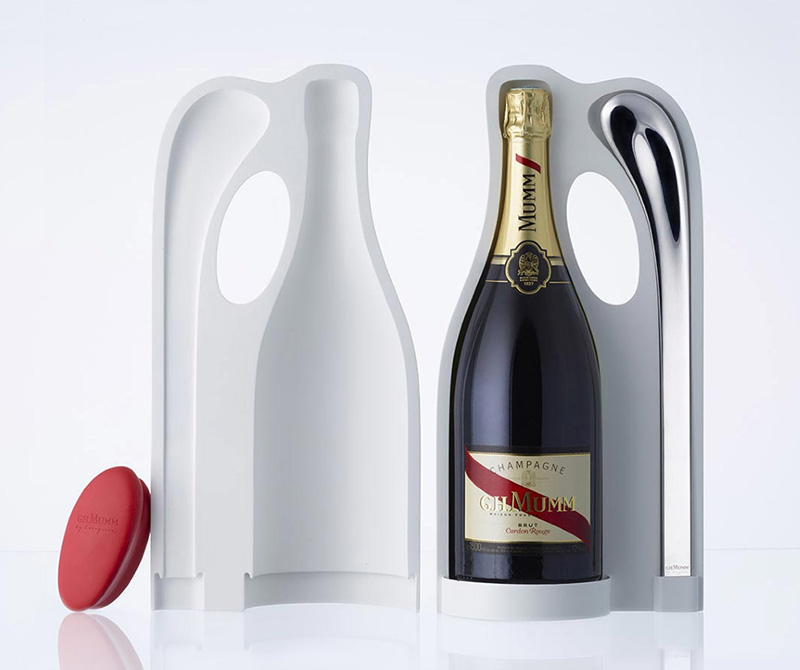 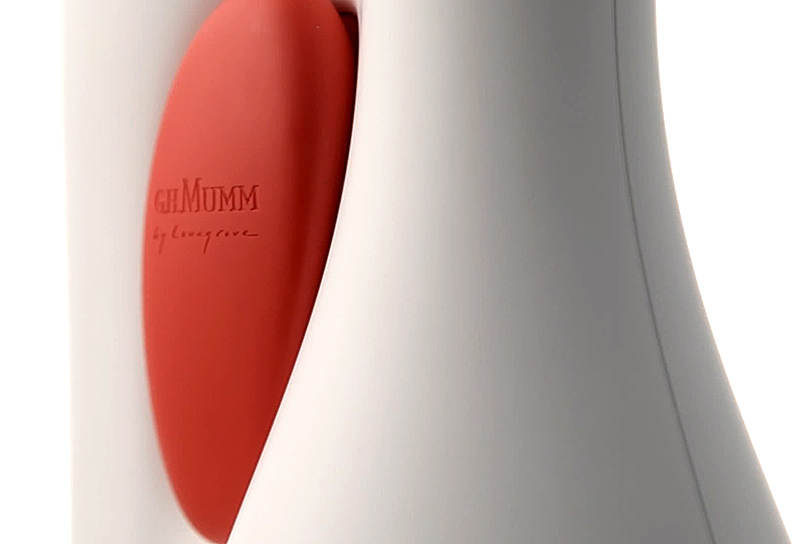 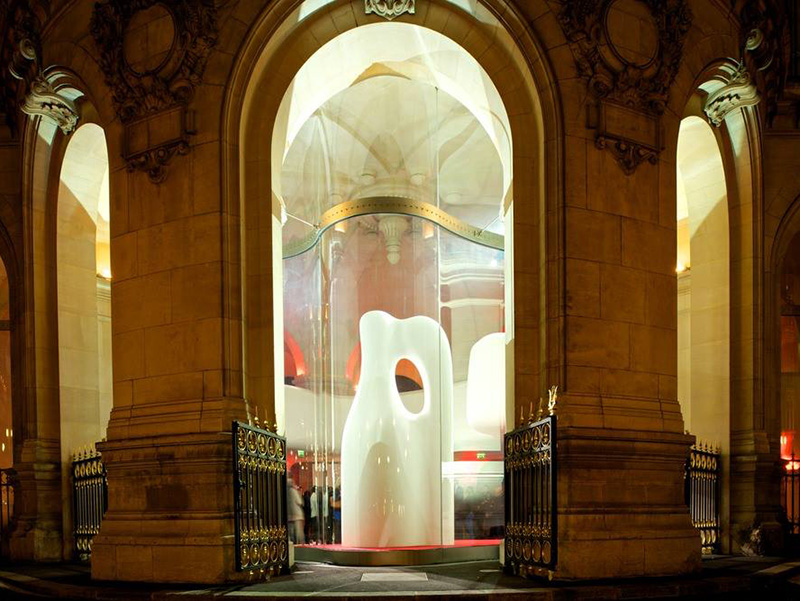 The lines of the Deluxe Case are beautifully sculpted, a prestigious casket designed exclusively by the artist to house both the sabre and a magnum of G.H.MUMM Cordon Rouge. In white polyurethane lacquer, embellished by the touch of red that is a G.H.MUMM hallmark, it is a clean-cut case, a metaphor for an age marked by innovation and discovery, style and freedom of expression". Personally signed by the designer, G.H.MUMM's Deluxe Case illustrates Ross Lovegrove's desire to create objects of timeless beauty." 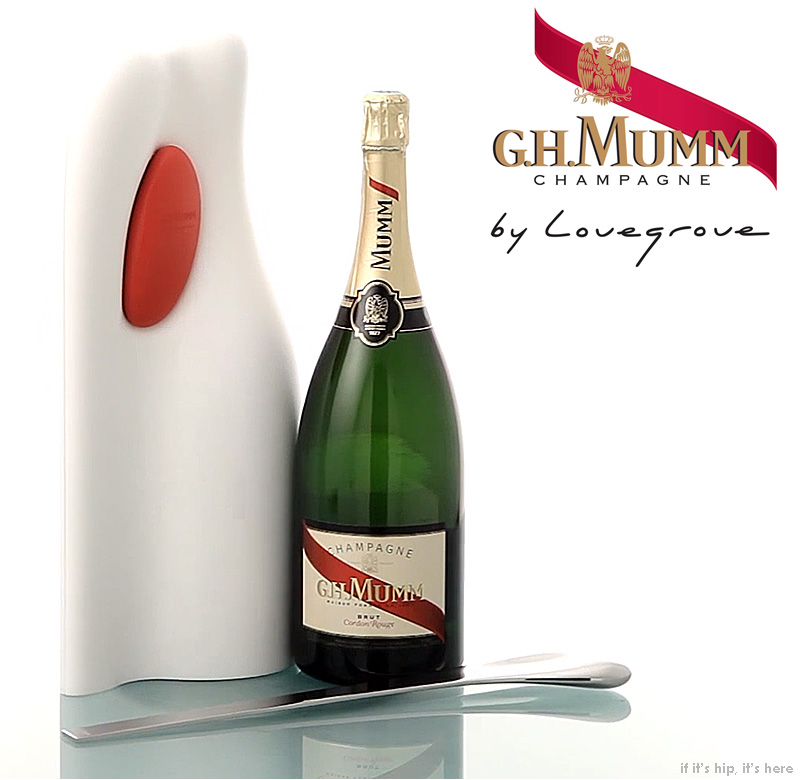 This video was created in collaboration with GH.Mumm, John Ross studio and Ross Lovegrove. It beautifully documents Ross’ vision from sketch to finished object and the wonderful act of the sabrage: