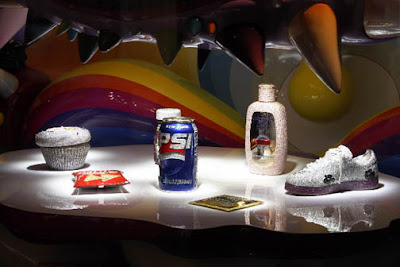 Above: 'Simple Things' as displayed at Art Basel

I'd never have blogged about this collaborative 'art' project shown at this year's Art Basel except that it's receiving lots of blogger and news buzz.

While I'm a fan of much of the work of Pharell Williams, Takashi Murakami and Jacob & Co. (often referred to as Jacob the Jeweler and who was arrested last year for money laundering, found guilty and sentenced to 2.5 years in a federal prison), their combined project shown via the Galerie Emmanuel Perrotin at Art Basel titled "Simple Things" is not new or innovative.

We have seen many an artist glorify 'everyday items'. Both Tobais Wong and Big Game made a statement on commercialism with their gold editions of mundane items. Damien Hirsts' diamond encrusted skull and Koons' balloon dogs are also taking the simple and turning them into the magnificent. Even Jemal Wright's crystal encrusted toilet seats, albeit not with real diamonds, are more interesting.

This series of typical every day items (hence the name 'Simple Things'); a Pepsi can, a condom wrapper, a Heinz ketchup bottle, a bag of Doritos, a bottle of lotion, an athletic shoe and cupcake... all encrusted with diamonds and placed in a giant fiberglass, steel and acrylic psychedelic version of Murakami's Mr. DOB's head, is one of the most ridiculously overrated art projects I've ever seen. 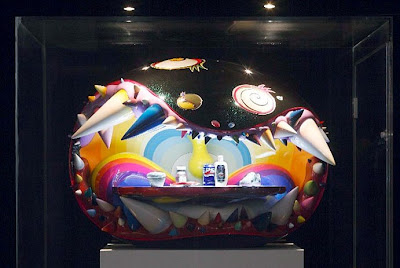 The sculpture is based on Murakami’s signature “DOB” character and features an onyx fiberglass husk with a pearlescent glow to compliment the vibrant rainbow colors which Murakami is known for. In the mouth of sculpture are diamond emblazoned products mentioned earlier and shown in detailed photos further down in this post. 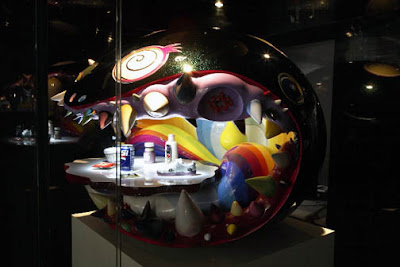 Apparently, this 'masterpiece collaboration' took over 2 years to complete and was subject of a furious bidding war at the preview and fetched a reported $2.8 Million. (there are many more pics of the piece later in this post). 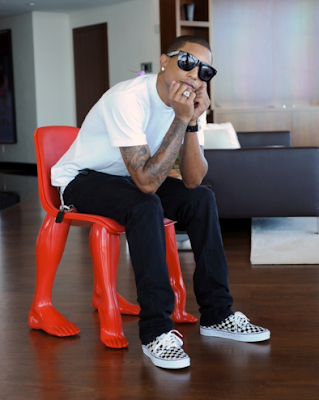 above: music producer, clothing designer and entrepreneur Pharell Williams with a chair he designed

In this interview with Ute Thon (Art Magazin), Pharrell Williams talks about how collaboration with Takashi Murakami came about, the idea behind the sculpture, his interest in art and design, the artists and designers he admires, and his own design works.

With so much amazing art at Art Basel (both in Miami and Switzerland), it blows my mind that this is what many of the respected trend and art bloggers have opted to feature.

Now, of course you are thinking to yourself... "So, why feature it on your blog?"

Well, as the title of my blog suggests, I try to bring you what's 'hip' at the moment and not necessarily things that are always to my own liking. That said, take a look at the images and you can decide for yourself whether or not you feel it's an impressive art project. 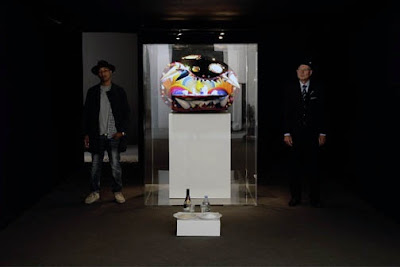 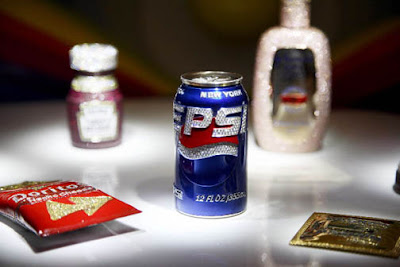 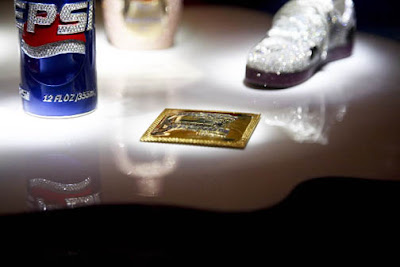 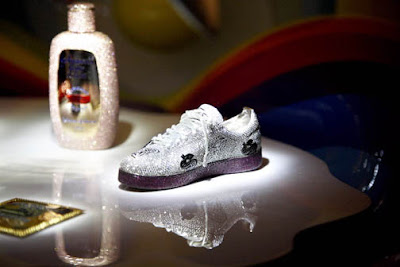 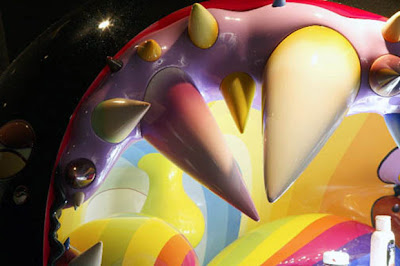 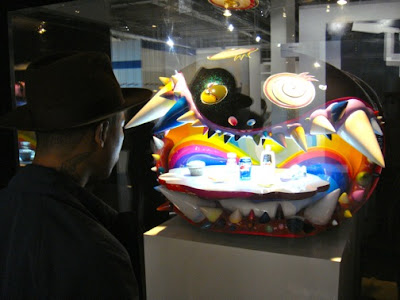 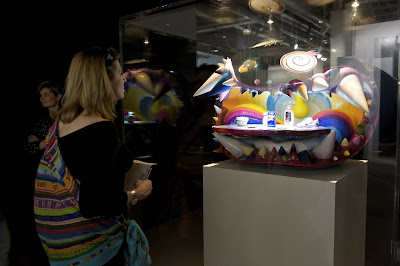 Admittedly, I like the Murakami head much better than the objects within it. If you are a fan of Murakami's work, there will be an upcoming exhibit of his work from 12/09/2009 - Octobre 2009 at Galerie Emmanuel Perrotin, 76 rue de Turenne 75003 Paris. 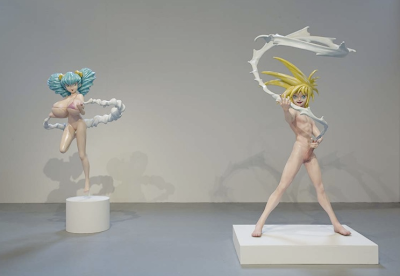 above: two Murakami sculptures at the Guggenheim Bilbao, 2009 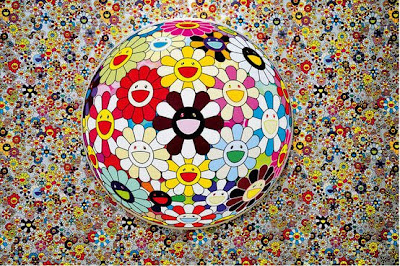