Some people shelled out some serious dough for their favorite collectibles this past year. Here are just a few of the record-breaking auctions from 2007. 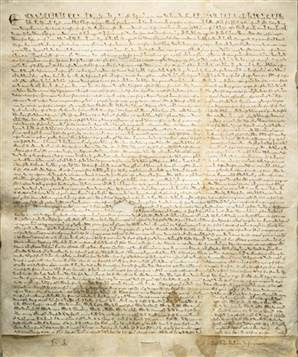 There are about 20 in the world, but only two outside Britain. The new owner immediately arranged for it to go back on view at the National Archives in Washington, D.C. It was last sold in 1983 by an English family and bought by Ross Perot, who had also placed it on display.

3. A Philadelphia Chippendale carved mahogany tea table with a piecrust edge was $6,761,000. 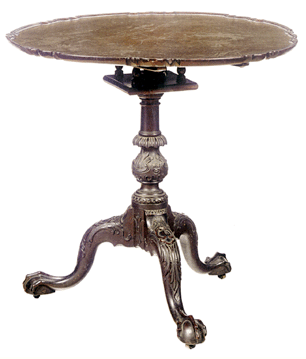 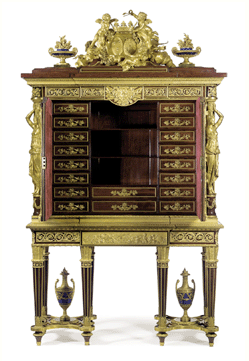 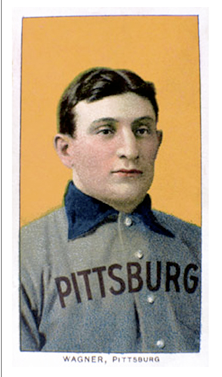 The Mona Lisa of all trading cards was put up for auction Feb. 27, 2007 and sold for an unprecedented $2.35 million. The T206 Honus Wagner is recognized by collectors and industry experts as the most famous and valuable baseball card in existence.The card was purchased by a private California sports collector. 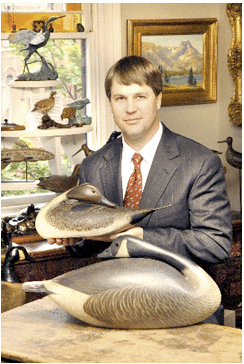 One of the famous error stamps, the "Jenny," a 1918 24-cent stamp showing an upside-down biplane, was sold privately to a Wall Street executive for $825,000. It seems like a bargain. The buyer had tried to buy another of the "Inverted Jenny" stamps a month earlier, but it sold to another collector for $977,500.

8. A Santa Barbara art pottery vase by Frederick Hurten Rhead with a stylized landscape sold for $516,000. 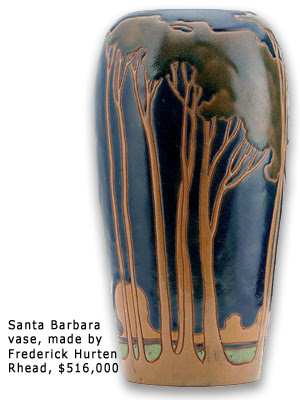 A Rhead Santa Barbara pottery masterpiece, an 11 1/4-inch vase with mirror black glaze and stylized trees, auctioned at a Rago Craftsman Auction in New Jersey for the astounding record price of $516,000 on March 10. 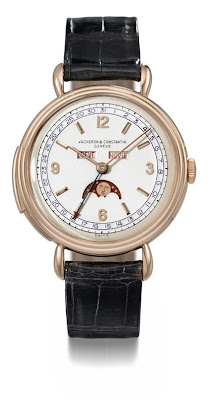 Watches sold well; one of the highest was a vintage 18k pink gold Vacheron Constantine wristwatch with the complications of minute repeating, triple calendar and phases of the moon that brought $457,000.

10. A mechanical bank, "Jonah and the Whale, Jonah Emerges," one of dozens of very high-priced banks, auctioned this year for $414,000. 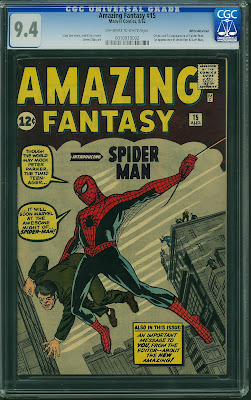 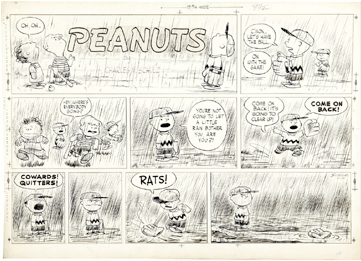 It showed Charlie Brown at a rainy baseball game.

13. The first electric typewriter, the Blick Electric made in 1902 in the United States, set a world record price of $100,000 at a German auction. 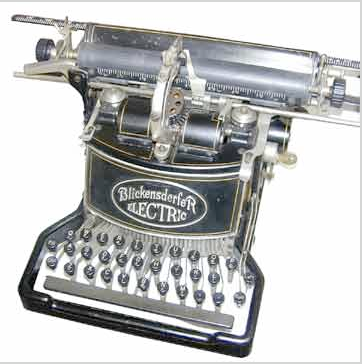 World's first electric typewriter, the »Blick Electric« from 1902, (Lot 172) – invented by the world famous American Charles Blickensderfer, Stamford, CT – as part of the 1st Session of auctioning off the traditional »Remington Typewriter Museum« from the OHA-Onondaga Historical Association, Syracuse, NY – made an absolute world record price of $ 100,000 (Euro 67,600) at world's leading specialty auction of AUCTION TEAM BREKER in Cologne, Germany.