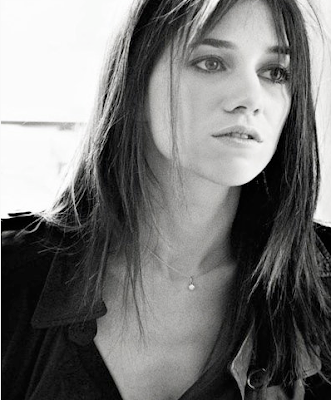 If you don't know who Charlotte Gainsbourg is by now, it's time you did. Good thing you found your way here.

Getting raves for her recent performance in I'm Not There, with an album (5:55) on many of best of 2007 lists and having already garnered a Cesar Award (the french equivalent to an Oscar), it's time you met this talented beauty. 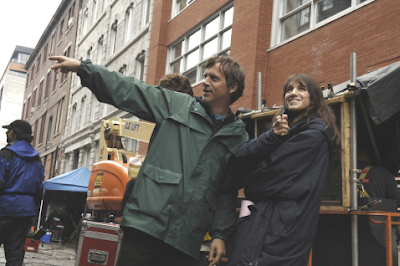 Above: On the set of "I'm Not There" with director Todd Haynes.

Who is Charlotte Gainsbourg?
Charlotte Gainsbourg (born July 21, 1971) is a French actress and singer. She was born in London, United Kingdom and raised in Paris, France. Her father is Serge Gainsbourg, and her mother is Jane Birkin. She made her motion picture début playing Catherine Deneuve's daughter in the 1984 film Paroles et musique. In 1986, she won a César Award for "Most Promising Actress" for L'effrontée, and in 2000 she won "Best Supporting Actress" for the film La Bûche. In 1994, she made her stage debut in David Mamet's Oleanna at the Théâtre de la Gaîté-Montparnasse. Gainsbourg has sung the title song in three of her films and has released two albums. In 2004, she sang a duet with French pop star Étienne Daho on his single "If". She is married to the French actor and director Yvan Attal, and they have two children, Ben and Alice.

The video below was created during a photo shoot by Peter Lindbergh for Vogue Paris. Charlotte Gainsbourg wears items from Balenciaga’s Fall Winter 2006 collection, styled by Marie-Amélie Sauvé.

The music is the instrumental version of "The songs that we sing", taken from the latest album "5:55" by Charlotte Gainsbourg. 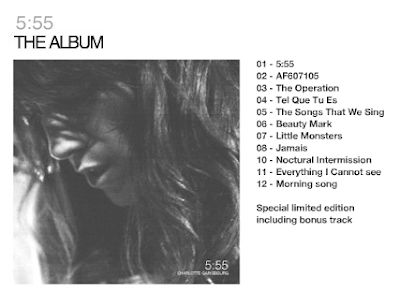 Play the song with lyrics here.