The Loss of A Legend:
Ettore Sottsass, Designer, Dead at 90 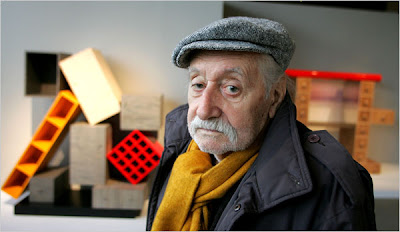 Above: Ettore Sottsass at the retrospective held in his honor at the Los Angeles County Museum of Art in 2006.

Ettore Sottsass, an éminence grise of postmodern design who helped found the influential Memphis Group and was responsible for the familiar bright red plastic Olivetti typewriter, died Monday at his home in Milan. He was 90.

His death was confirmed by Francesco Rutelli, the Italian culture and tourism minister.

Although trained and active as an architect, Mr. Sottsass secured a permanent place in pop culture with his designs of everyday items, including office cabinets, table lamps, ice buckets and silverware.

“He was truly a giant of design,” said Paola Antonelli, the senior curator in the Museum of Modern Art’s department of architecture and design. “He had a capacity to really feel the times that he was living in and to change with them.”....
Read the complete new York Times Obituary here.

A few of the items Ettore Sottsass introduced to our world: 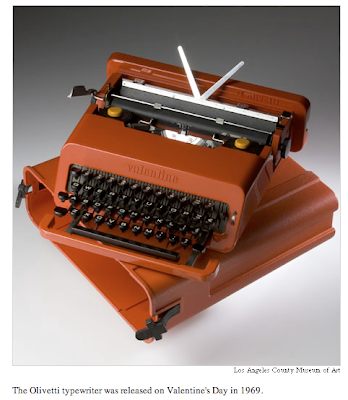 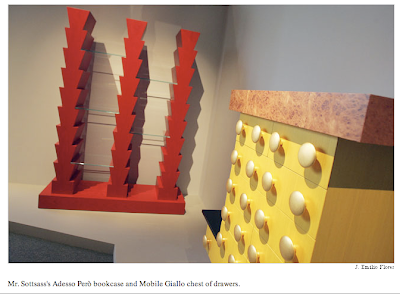 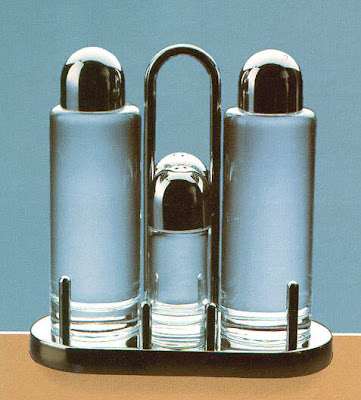 Above: one of Ettore's more familiar designs for Alessi, 1987

You can see more of his designs online at the Virtual Design Museum.