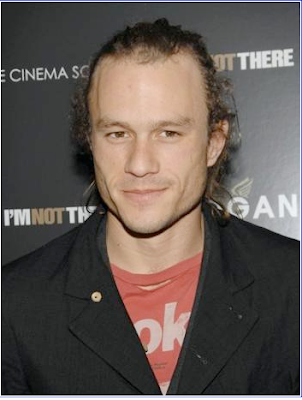 Actor Heath Ledger attends a special Cinema Society and Hogan hosted screening of "I'm Not There" at the Chelsea West Cinemas, in this Nov. 13, 2007, file photo in New York. A New York Police Department spokesman says the actor Heath Ledger has been found dead at a downtown Manhattan residence. (AP Photo/Evan Agostini, file)

NEW YORK (AP) — Heath Ledger was found dead Tuesday at a downtown Manhattan residence, and police said drugs may have been a factor. He was 28.

NYPD spokesman Paul Browne said Ledger had an appointment for a massage at the Manhattan apartment believed to be his home. The housekeeper who went to let him know the masseuse had arrived found him dead at 3:26 p.m.

The Australian-born actor was nominated for an Oscar for "Brokeback Mountain," where he met his wife, actress Michelle Williams, in 2005. Ledger and Williams had lived in Brooklyn and had a daughter, Matilda, until they split up last year.