The Hottest Annual Report I've Ever Seen. 100°Celsius, To Be Exact. 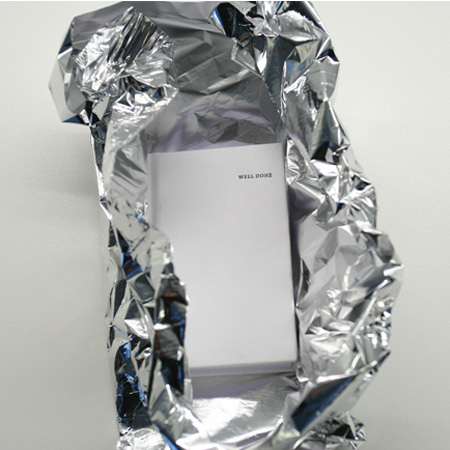 Croatian creative agency Bruketa & Zinić has designed an annual report for food company Podravka that has to be baked in an oven before it can be read.

Well Done, the report, features blank pages printed with thermo-reactive ink that, after being wrapped in foil and cooked for 25 minutes, reveal text and images. 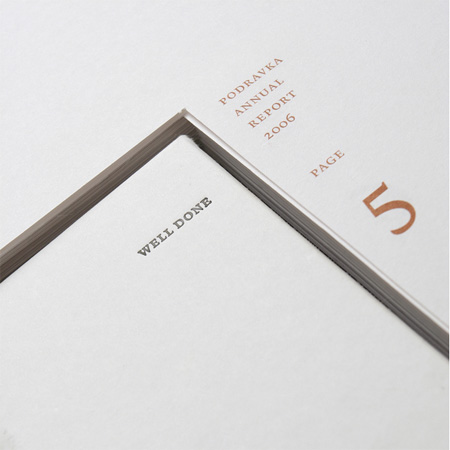 Here are details from Bruketa & Zinić:
Well Done, the annual report for food company you have to bake before use. Empty pages become filled with content after being baked at 100°C for 25 minutes. 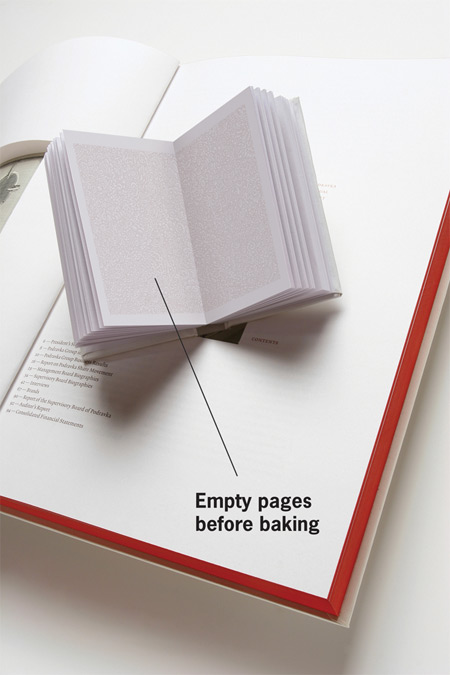 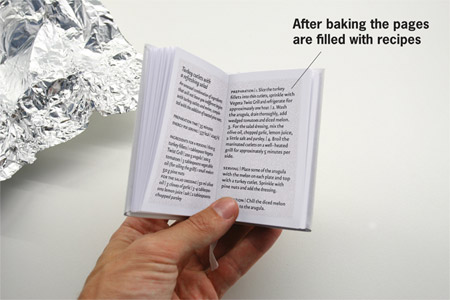 “Well Done” created by Bruketa & Zinić is the new annual report for Podravka, the biggest food company in South-East Europe. It consists of two parts:

To be able to cook like Podravka you need to be a precise cook. That is why the small Podravka booklet is printed in invisible, thermo-reactive ink. To be able to reveal Podravka’s secrets you need to cover the small booklet in aluminium foil and bake it at 100 degrees Celsius for 25 minutes. 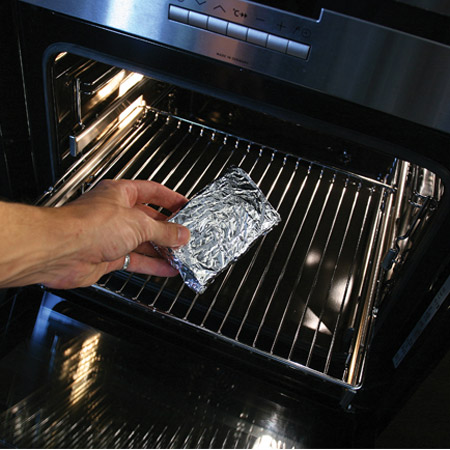 If you are not precise, the booklet will burn, just as any overcooked meal. If you have successfully baked your sample of the annual report, the empty pages will become filled with text, and the illustrations with empty plates filled with food. 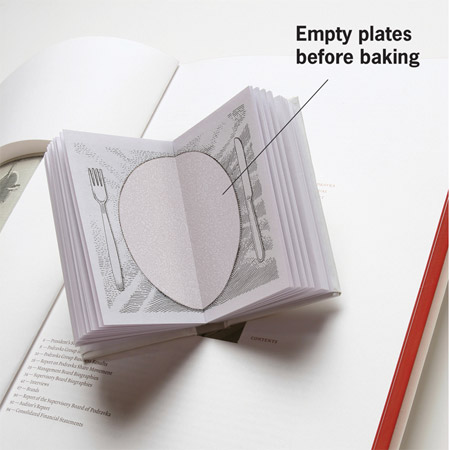 The annual report is printed on paper Conqueror Laid Brilliant White 120 g/m2, Munken Polar 130 g/m2 and Soporset 90 g/m2 and written with typography Thema by Nikola Djurek and Lexicon by Bram De Does. 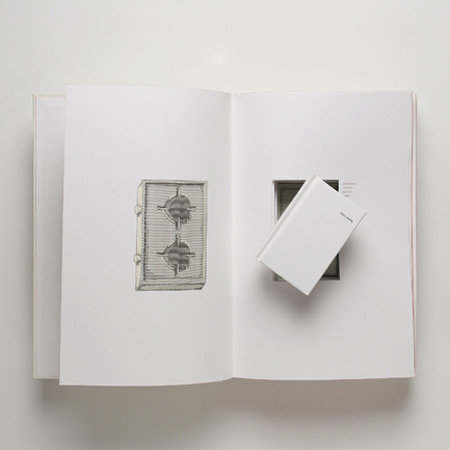 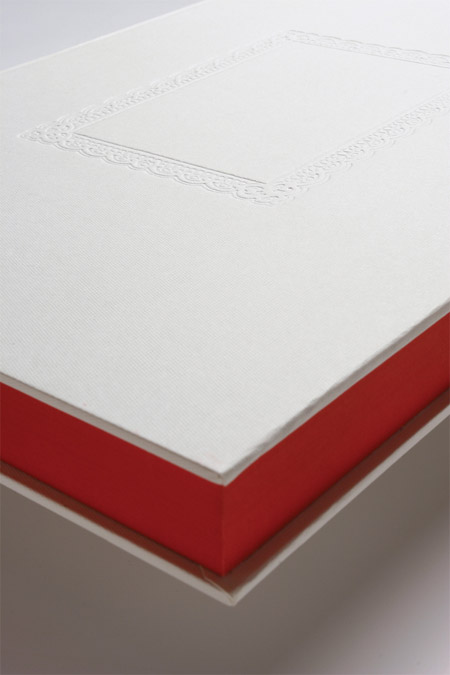 In the last five years, the Advertising Agency Bruketa&ŽinićOM, won 7 Red Dot Design Awards, mainly for the Podravka design projects. During his visit to Zagreb, 2 years ago, Vito Oražen, managing director of the Design centre Nordhein Westfalen, said for one Croatian newspapers: «Podravka, definitely, has the most recognizable design among Croatian companies. Podravka is known on almost all world markets. Podravka has won the RED DOT Award, which proves its quality in design more than anything.