Art That's For The Birds. Literally. And A Peek At A Painter's Project Room 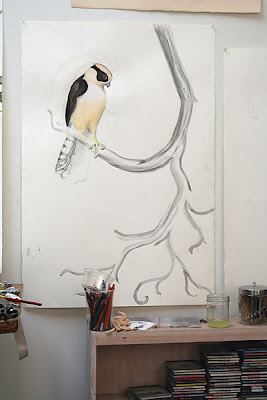 I have written about David Tomb's work before and even shown you a sneak peek of his upcoming show, Birds of The Sierra Madre at SF Electric Works gallery opening February 22,2oo8.

Over half of those bird paintings have sold already- and the show hasn't even opened!

However, now you have an opportunity to own some of these Birds of The Sierra Madre paintings as prints, with the proceeds going directly to the birds, so to speak. (All proceeds go to El Triunfo).

Below is the first print in this series, David's Horned Guan: 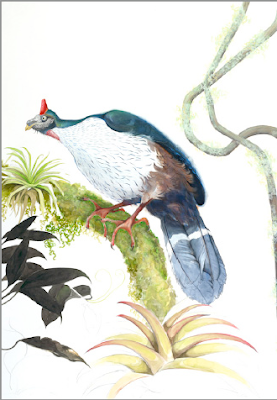 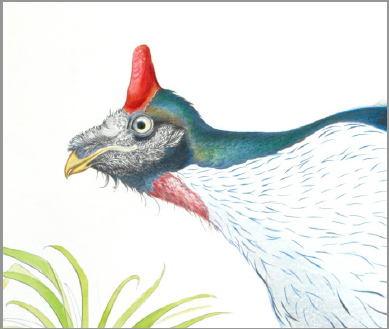 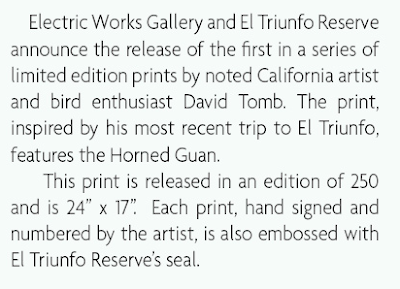 But here's something you won't see at the show, the interesting and beautiful process of David Tomb's paintings, which, even in their partially finished form are art.