Portraits Drawn On World and Celestial Maps by Ed Fairburn 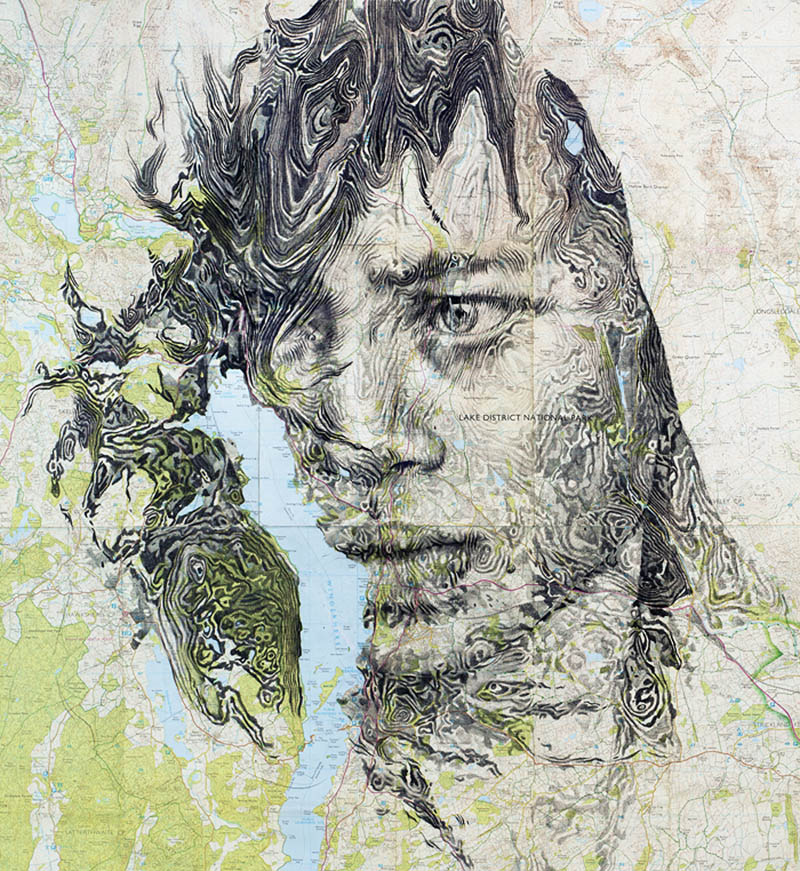 above: Windermere, Pencil on a cropped map of the English Lakes – specifically Lake Windermere.

Cardiff-based illustrator Ed Fairburn sees things in maps most of us do not. His map-based portraits combine the art of cartography with the drawing of the human face. Making the curves and lines of the two dimensional terrain (or the heavens as is the case with his celestial drawings) blend with the curves and lines of human features brings a dimensionality to both the maps and the portraits. The combination of the two has a surprising appeal. 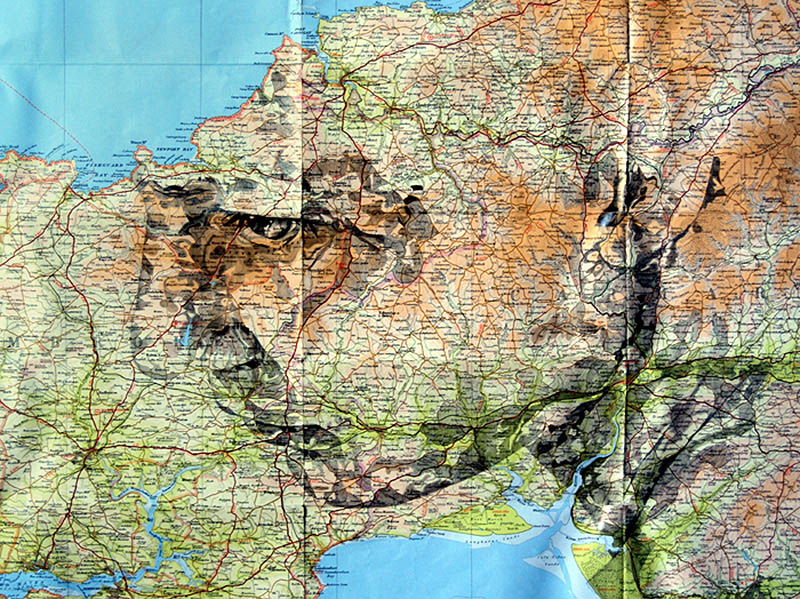 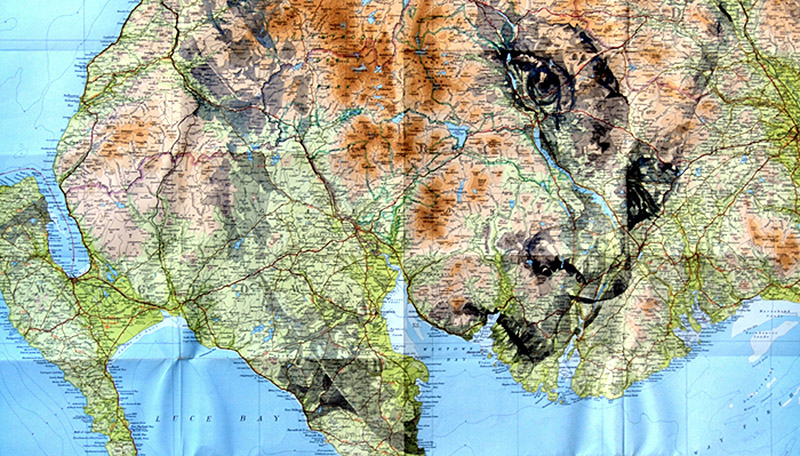 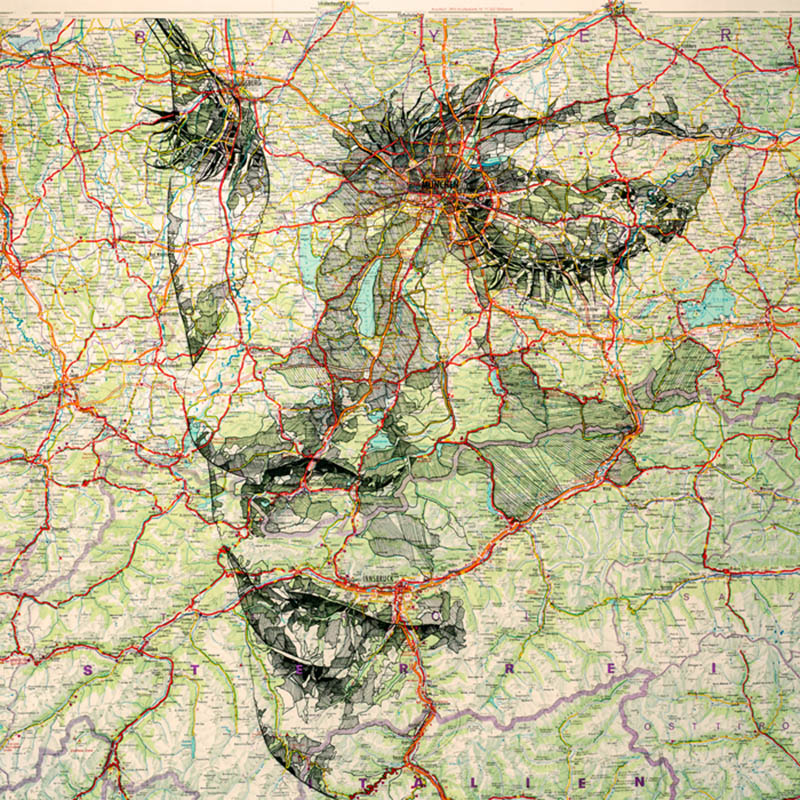 Cambridge (Ink on a vintage street map of Cambridge): 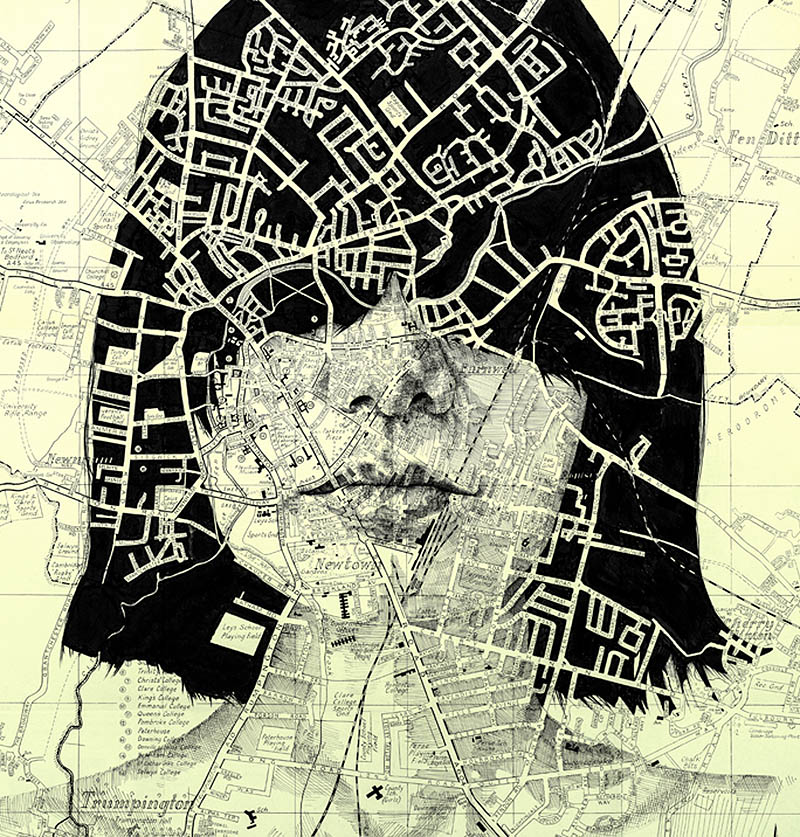 Both the Deutschland and Cambridge pieces shown above were produced as part of a wider submission to Cowbridge Music Festival. 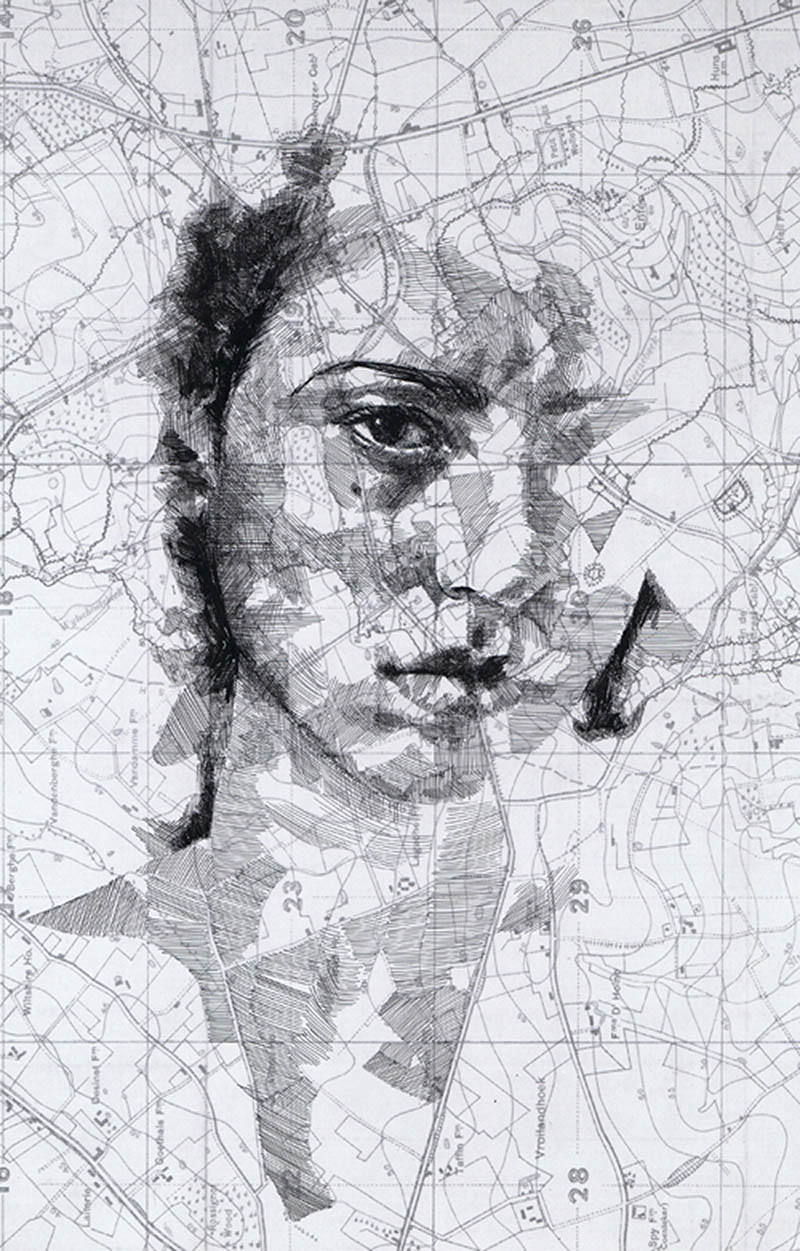 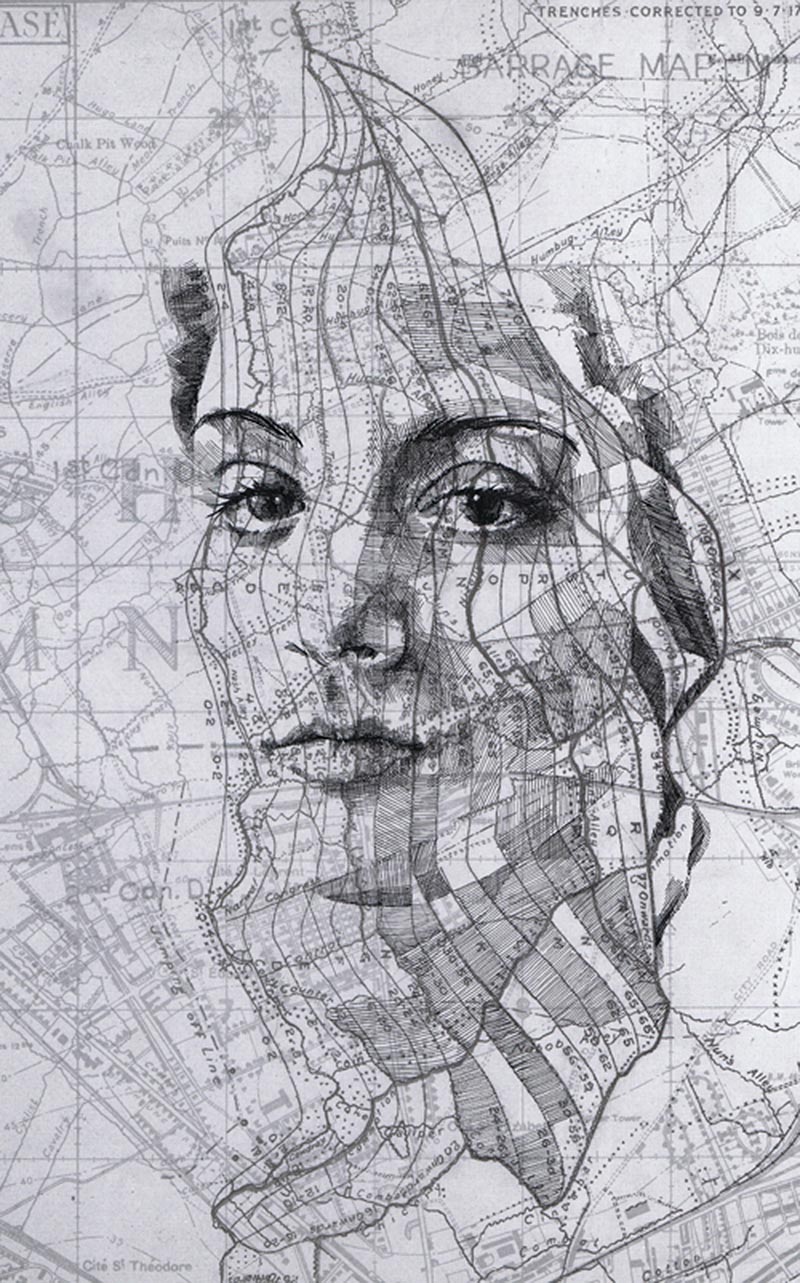 30 Miles Around (ink on a map of Bournemouth): 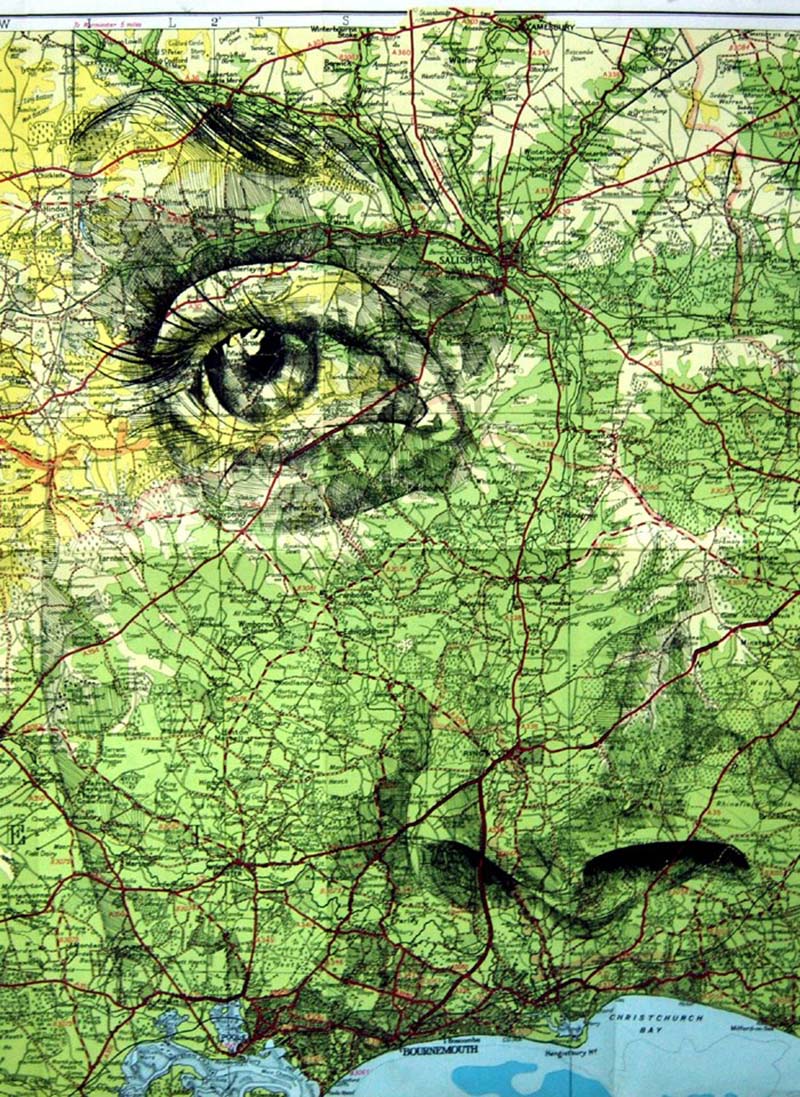 From His Michelin Series: 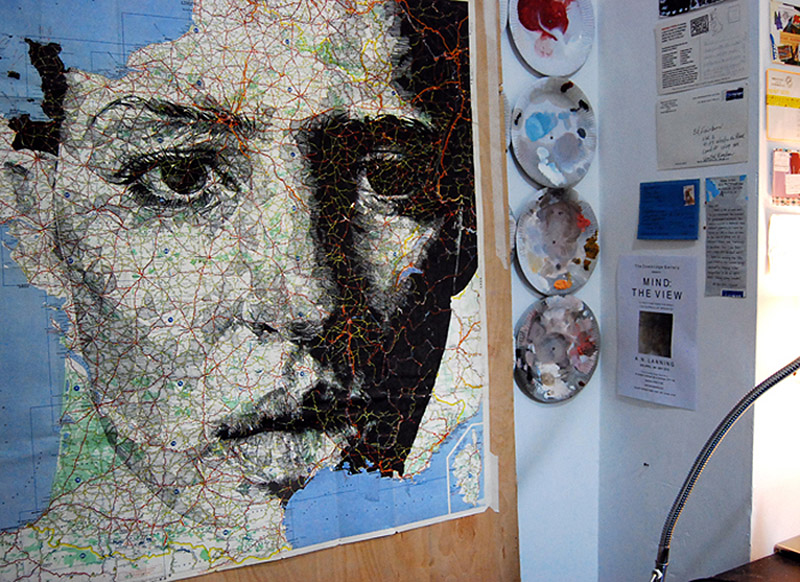 Zambia Charity Project (Oil and pencil on an OS map of South Wales, trimmed and mounted on plywood): 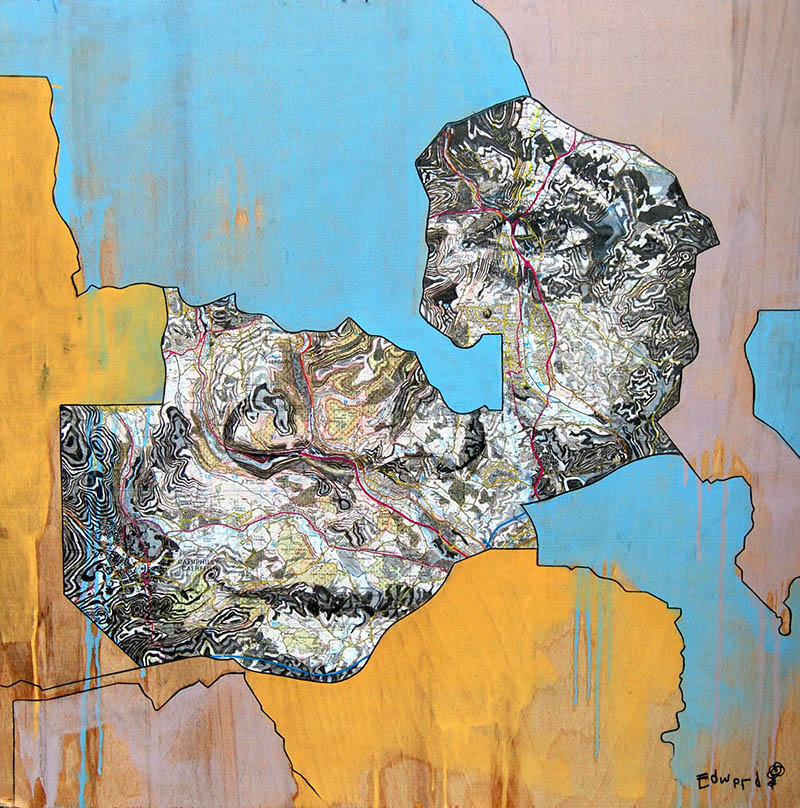 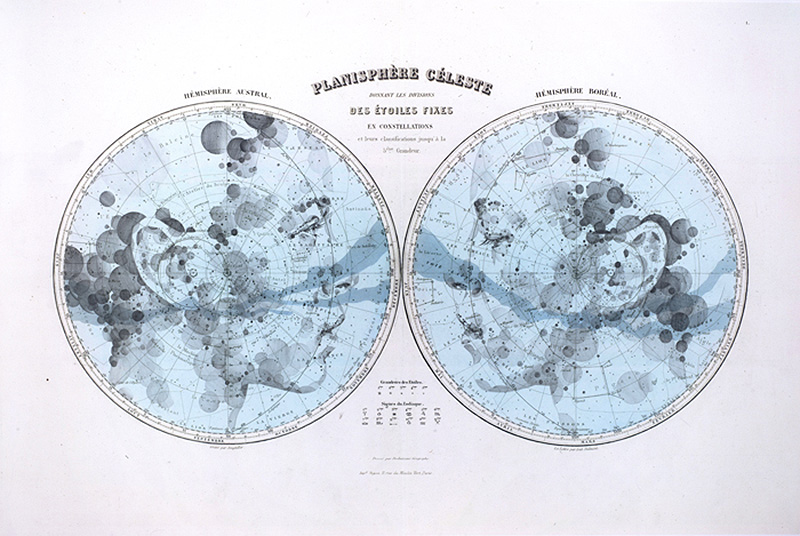 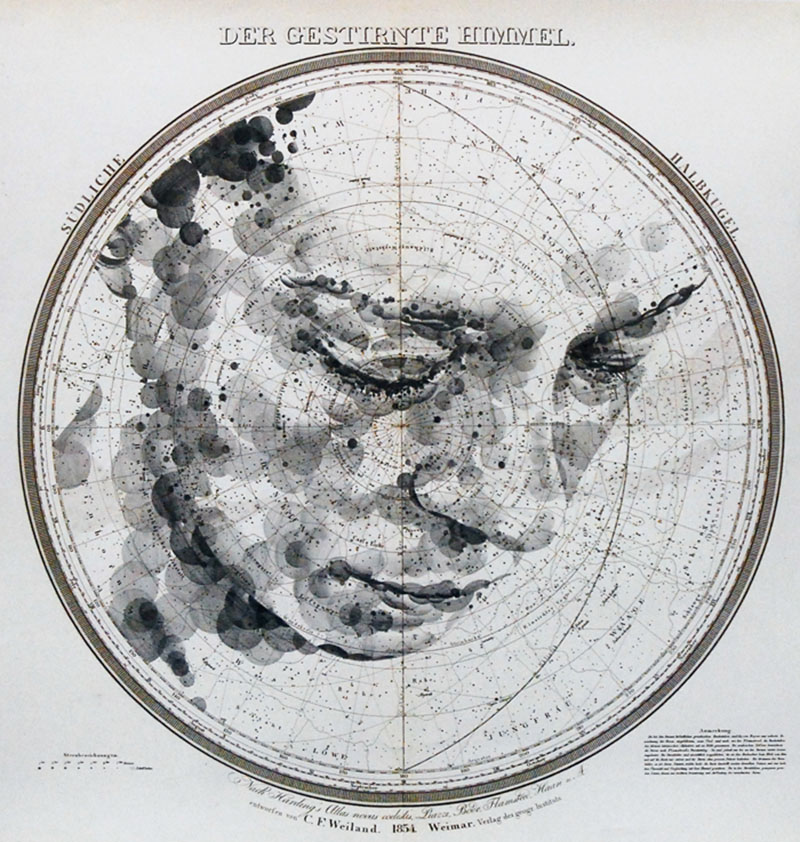 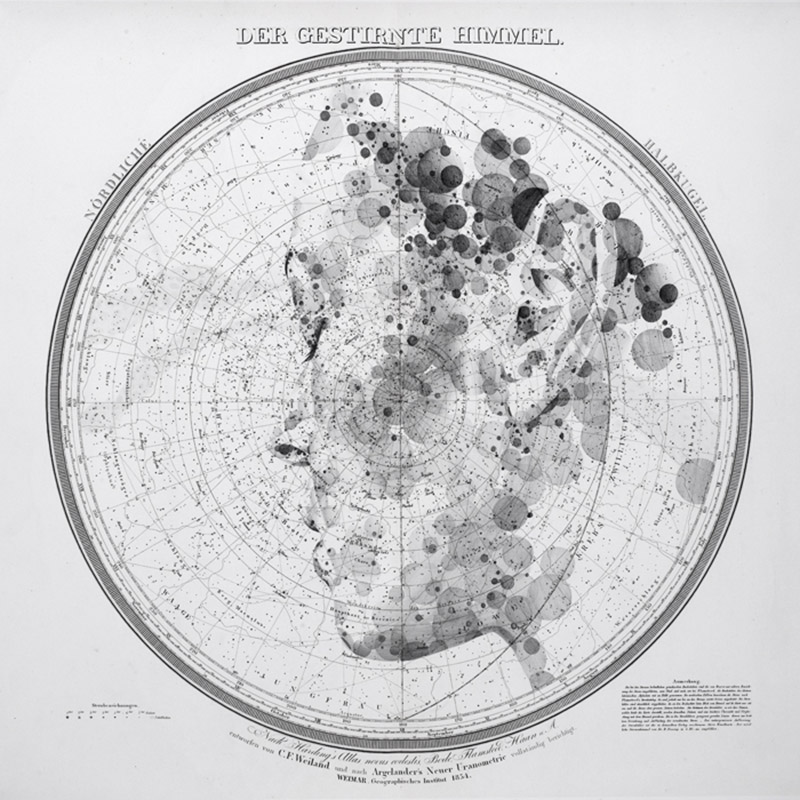 The celestial charts are divided by many concentric circles starting from the centre – in keeping with this, the portraits have been formed by pencilling many concentric circles, placed and layered to suggest line and tone. On closer view, the smaller details blend with each labelled star shown on the maps.
Both works measure 30″ x 30″ 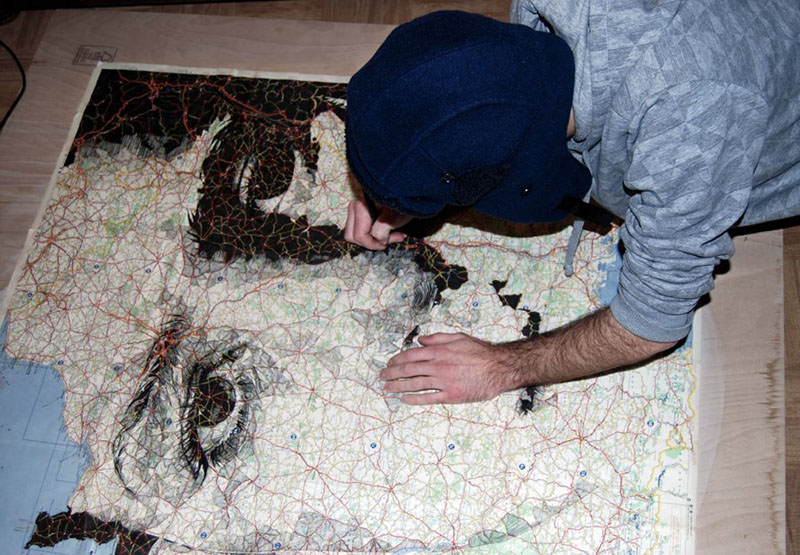 Ed Fairburn is an Illustration graduate whose work is mostly figurative. He paints, draws and constructs using a flexible range of tangible media across a wide range of surfaces and contexts, allowing his practice to exist across various disciplines.

He says of his Map-based portraiture "Through my studies of the human form I examine the patterns and structures which exist across the body. I disassemble those structures and reconstruct them onto pre-patterned surfaces, including maps. The creative process involves synchronising both subject and surface. I search for similarities between the characteristics of the human figure and the topographical features of the map, resulting in a unique amalgamation."

Fairburn has exhibited internationally and has a collection of original works and prints available to purchase here. He is also able to work on a commission basis.