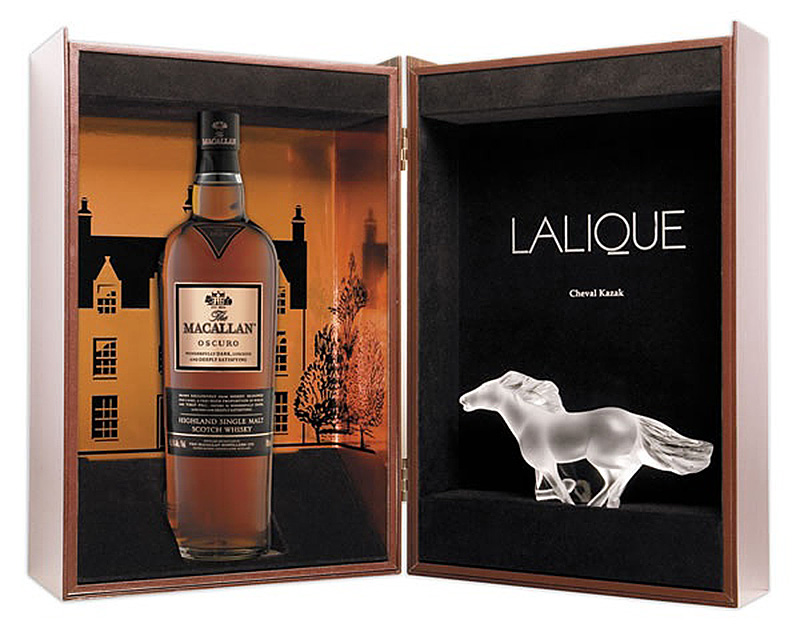 The Macallan Oscuro and Lalique: (In Asia Only)

Excellence, artistry and the pursuit of perfection come together here with The Macallan Oscuro and Lalique gift pack which is only available in limited quantities in Asia.

A beautiful sculpture with an equally beautiful single malt, it's priced at about $1,000 a set. If you’re traveling through Asia, make it a point to visit the duty free shop or other travel retail outlets and pick one up because they've only made 300.

The Macallan Oscuro and Lalique pack contains a bottle of single malt whisky, which is part of The Macallan 1824 Collection, and a Lalique crystal ‘Cheval Kazak Running Horse’ figurine. Note: some sites including Macallan's own U.S. tumblr site have reported, incorrectly, that the Lalique figurine is a decanter. It is not.). 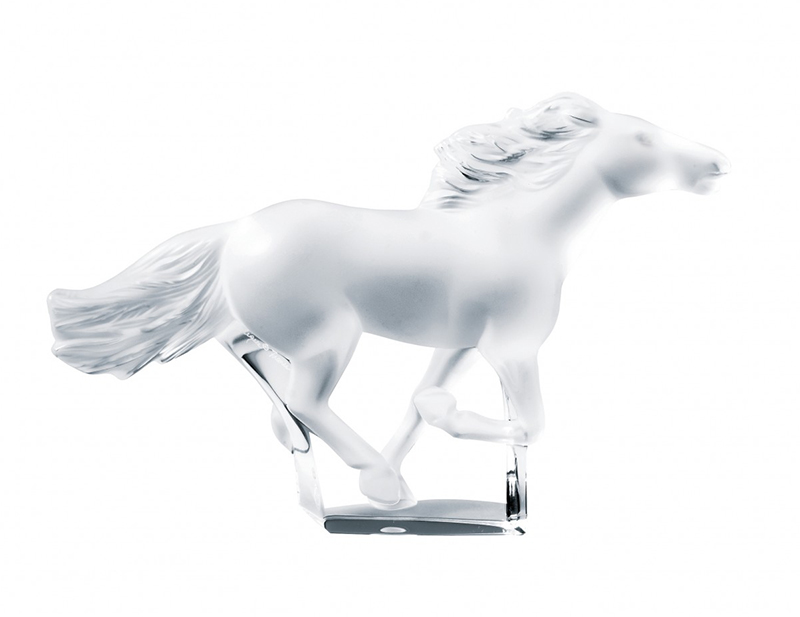 above: The Crystal Lalique Cheval Kazak that is included in the gift set.

This limited edition - 300 having been made - of the Macallan Oscuro and Lalique gift pack was unveiled at the Hong Kong International Airport with an RSP of US $1,000.

“This is our first local partnership with Lalique (Macallan and Lalique have has several previous collaborations in other parts of the world such as the Cire Perdue) and we are very happy to have developed this exclusive gift pack together,” says Edrington’s Regional Marketing Manager Claren Wong. “The pack provides consumers with a unique and attractive choice for their gifting during festival season.”

“The Macallan Oscuro and Lalique gift pack is a perfect match; both names stand for excellence, artistry and a pursuit of perfection,” adds Lalique General Manager Montiza Tornow-Siu. 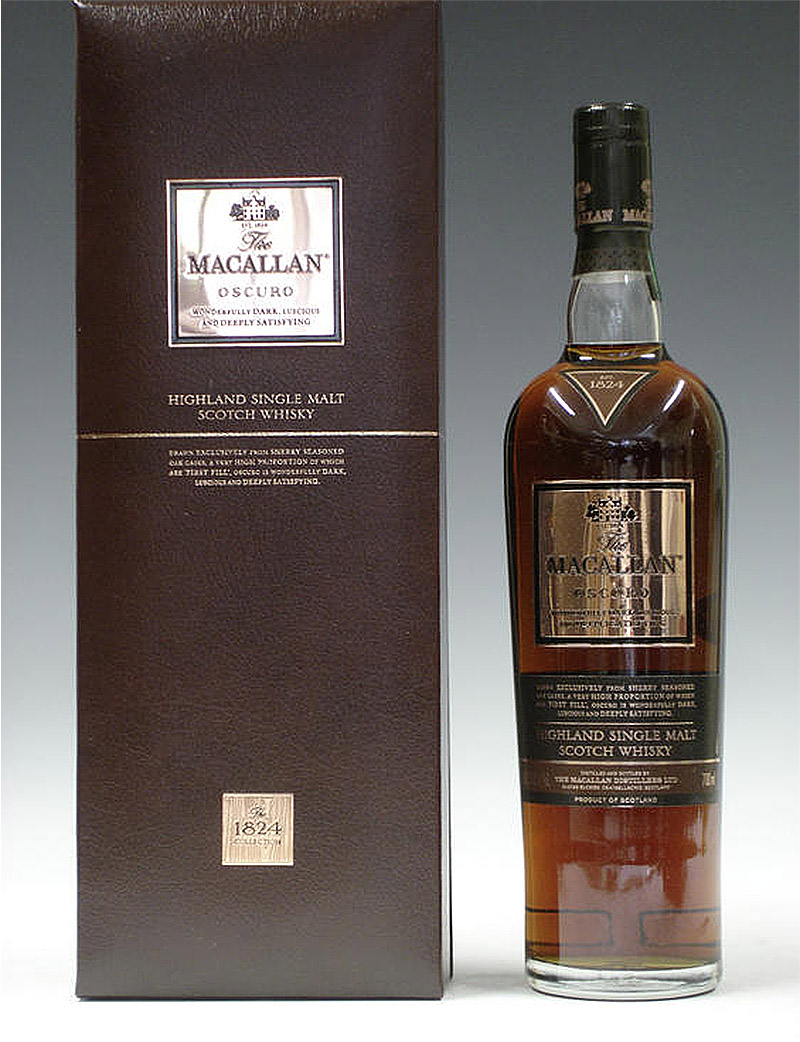 The Macallan Oscuro -the name derives from the Spanish word for ‘dark’ – is described as having a rich deep colour and intense flavour. Matured in sherry-seasoned oak casks, many of which were first fill, it is bottled at 46.5% ABV.

The Macallan is one of the most awarded and applauded single malts in the world and its peerless reputation is testament to the skill of the Masters of Spirit and Wood at The Macallan’s home in Scotland who have been responsible for its creation and maturation over the last two centuries.

info and images courtesy The Drinks Report and Macallan