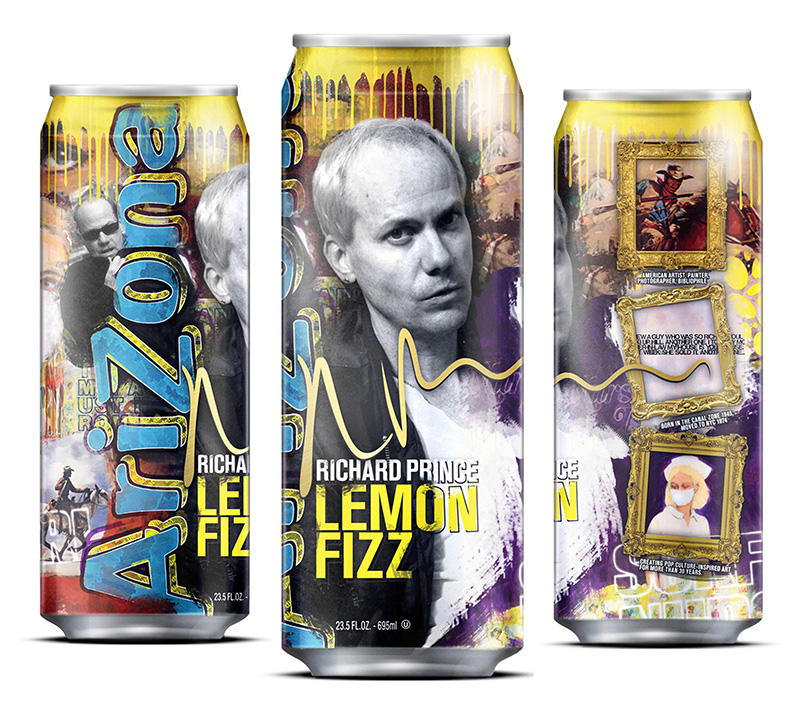 "As huge fans of Richard Prince and his work, it was important for AriZona to create a beverage that embodied the mystery and intensity of Richard's art, and Lemon Fizz acts as the perfect beverage to symbolize those feelings. The package design celebrates Richard's creativity and history within the art world, with secret elements for consumers to discover that signify the union of our creative forces," says Jackie Harrigan, Global Communications Director.

Prince, a controversial artist, famous for his use of appropriation art and his Jokes series, which alluded to the sexual fantasies and frustrations of middle-class America, joined forces with AriZona beverages on the project. "My latest work has embodied the use of tangible items, such as cans, to create installations," Prince says. "As a fan of AriZona's Arnold Palmer line, it felt natural to collaborate and the partnership evolved from there. The outcome is Lemon Fizz, which is a fantastic beverage and one that I can employ in my own craft."

The beverage will be packaged in a Pop Art-inspired, 23-oz. can, featuring representations of his Cowboys, Nurse and Jokes paintings:

Old black-and-white shots of Prince, photographed by Sebastian Piras and Sante D'Orazio in TriBeCa back in 1992 are featured on the can: 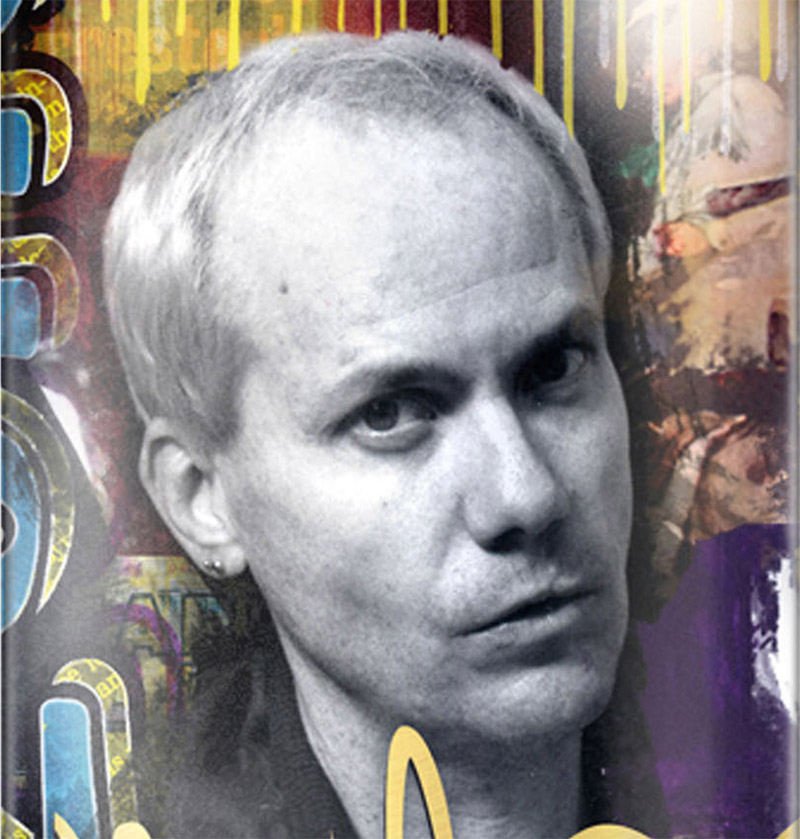 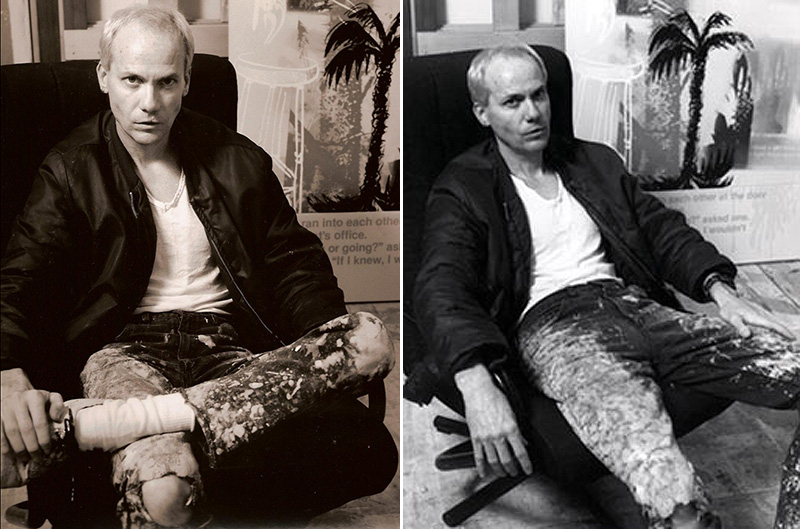 The beverage, to be launched nationally following the Art Basel Miami Beach show, will retail from $0.99 to $1.25, in line with other AriZona products.

Founded in Brooklyn, NY in 1992, Arizona's mission is to offer top quality beverages in uniquely packaged designs that are accessible and affordable. AriZona Beverages — makers of the number one Iced Tea in America, holds a unique position in the global beverage industry with its iconic $0.99 big can and "keeping it real" no frills approach to the consumer market. AriZona never pays for glitzy advertising campaigns to gain consumer loyalty and is constantly ahead of the curve, carving out trends without the use of focus groups and market research. With a loyal following across various demographics, AriZona pulls its own inspiration from its fierce social media following and devoted fan base. To learn more about the AriZona lifestyle, please visit drinkarizona.com; Facebook: AriZonaIcedTea; Twitter: @DrinkAriZona 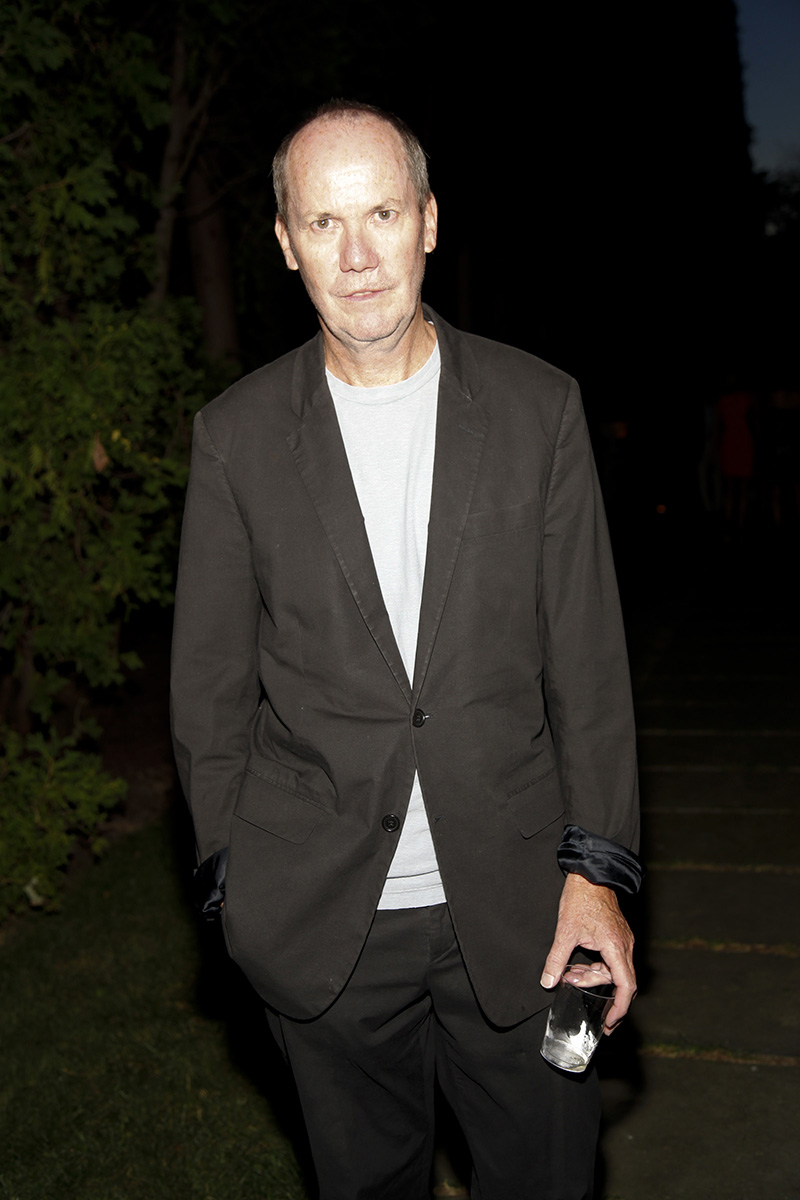 Richard Prince, born in 1949, is an American painter and photographer. Mining images from mass media, advertising and entertainment since the late seventies, Prince has redefined the concepts of authorship, ownership, and aura. Applying his understanding of the complex transactions of representation to the making of art, he evolved a unique signature filled with echoes of other signatures yet that is unquestionably his own. An avid collector and perceptive chronicler of American subcultures and vernaculars and their role in the construction of American identity, he has probed the depths of racism, sexism and psychosis in mainstream humor; the mythical status of cowboys, bikers, customized cars, and celebrities; and most recently, the push-pull allure of pulp fiction and soft porn, producing such unlikely icons as the highly coveted Nurse paintings.