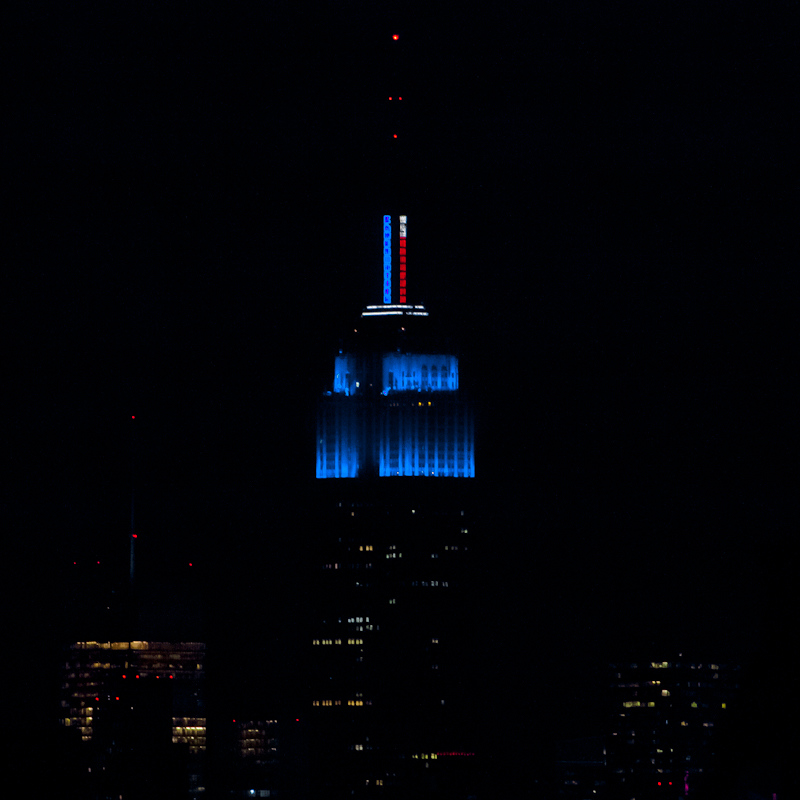 above: CNN projects the re-election of Barack Obama as President of the United States and the Empire state building is lit up blue to reflect the electoral tally.

CNN joined forces this evening with the Empire State Building to display to New Yorkers, the network’s viewers in the United States (and around the world) the results of the presidential election. As each state was projected by CNN and electoral votes were allocated to the candidates, a vertical LED-illuminated “meter” located atop the spire of the building displayed CNN’s running tally of the race to 270.

This occasion marks the iconic Empire State Building’s first-ever use of their new custom LED panel technology, a state-of-the-art dynamic lighting system from Philips Color Kinetics that is unique to the Empire State Building and allows the building’s façade and mast to change lighting scenes in real-time. The four-sided tower, which sits atop the building more than a quarter of a mile from the streets of Manhattan, was illuminated in patriotic red, white and blue vertical stripes, while the mast was lit in blue and in red on two sides each to represent President Obama and Gov. Romney’s respective electoral vote totals: 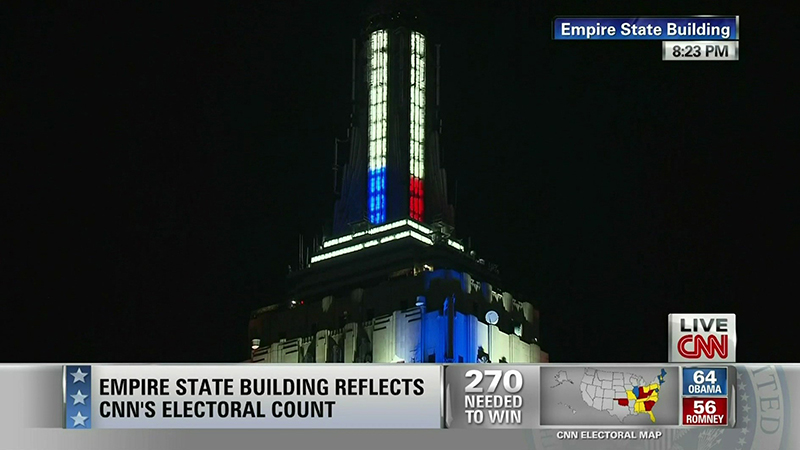 CNN, exclusively shot footage from the rooftop of a neighboring building, and aired live images of the illuminated tower as the evening’s results progressed. Once CNN projected Barack Obama as the winner of the presidential election, the tower lights of the Empire State Building changed to all-blue: 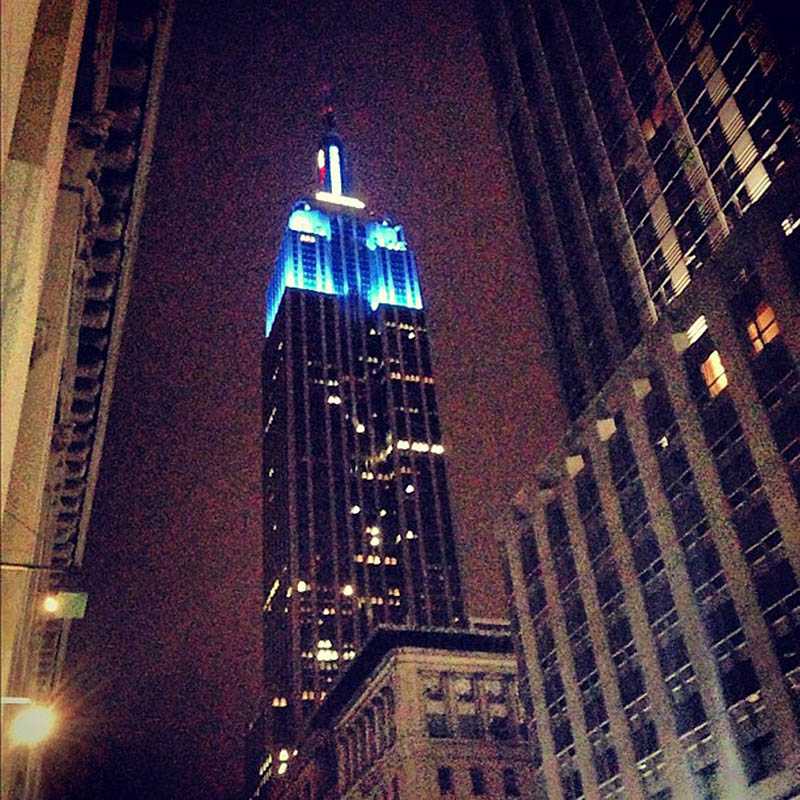 The Empire State Building celebrates many cultures and causes in the world community with iconic lightings. Its tower lights recognize key milestones, events, charitable organizations, countries and holidays, a tradition started in 1932, when a simple searchlight was used to announce the election of New York-born Franklin Delano Roosevelt as President. To honor the United States Bicentennial, the Empire State Building installed colored floodlights to illuminate the building at night, lighting up red, white and blue, leading to today’s very popular Lighting Partner program.

Tune in to CNN’s “Election Night in America” coverage beginning at 6 p.m. ET, or join the conversation on Twitter by following #CNNElection and @EmpireStateBldg.

CNN Worldwide, a division of Turner Broadcasting System, Inc., a Time Warner Company, is the most trusted source for news and information. Its reach extends to nine cable and satellite television networks; one private place-based network; two radio networks; wireless devices around the world; CNN Digital Network, the No. 1 network of news Web sites in the United States; CNN Newsource, the world’s most extensively syndicated news service; and strategic international partnerships within both television and the digital media.