The Banksy Directed Opening Sequence for The Simpsons.

above image courtesy of Banksy 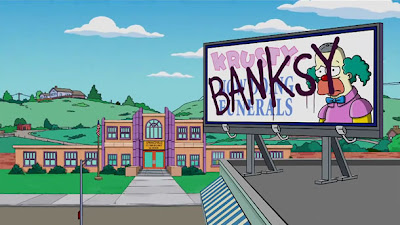 above image courtesy of Fox

Street artist and director Banksy continues to show his love for Homer, Marge, Bart and Lisa by storyboarding and directing the 1:44 second opening sequence for Fox's The Simpsons October 10th episode "MoneyBart." In case you missed it, below is the opening, in which lies a nod to his film Exit Through the Gift Shop. Courtesy of Banksy films.

20th Century Fox has removed the video, so for the next 55 days, here's the only place you can see it.

Banksy previously paid homage to The Simpsons in this New Orleans wall mural: 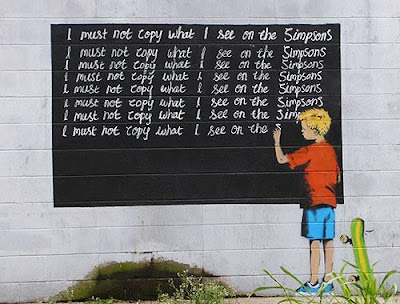 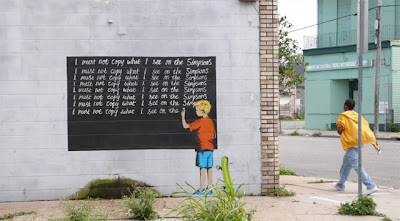 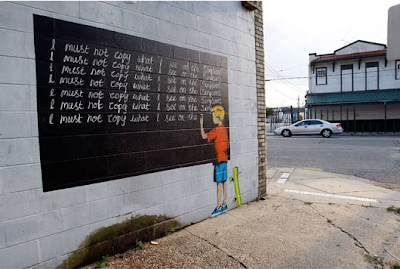