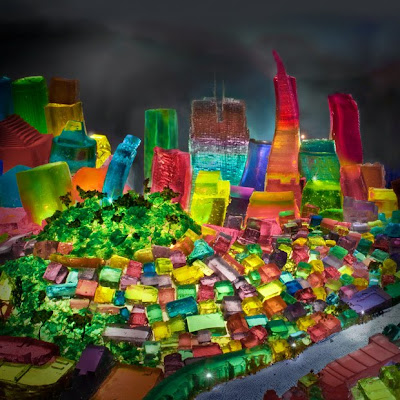 above: Coit Tower and San Francisco made of Jell-O by Liz Hickok, 2009

It's been a few years since I wrote about artist Liz Hickok's Jell-O casts in my post San Francisco: No Room For Parking, But There's Always Room For Jell-O, and at the time, the images I shared with you were her works from 2004, 2005 and 2006.

Since then she continues with the project and I'm going to share with you more of her wiggly versions of the City By the Bay from 2007, 2008 and 2009. As well as some of the molds and installations. 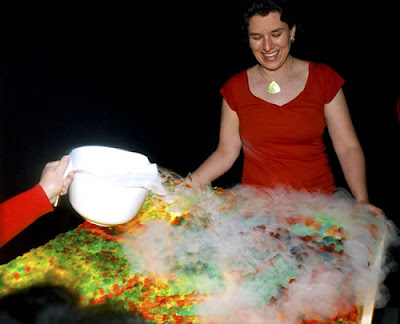 above: the artist and the application of 'fog' to the mold of the city 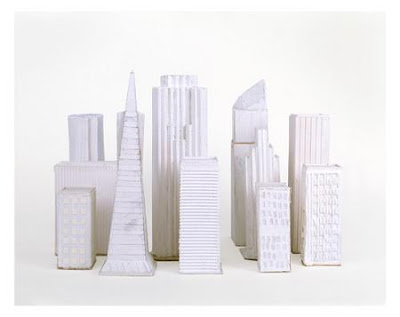 The artist sells c-prints of photos of her molds, like the one above, as well.

The project consists of photographs and video, which depict various San Francisco landscapes. She makes the landscapes by constructing scale models of the architectural elements which she uses to make molds.

She then casts the buildings in Jell-O. Similar to making a movie set, she adds backdrops, which she often paints, and elements such as mountains or trees. She then dramatically lights the scenes from the back or underneath. The Jell-O sculptures quickly decay, leaving the photographs and video as the remains. 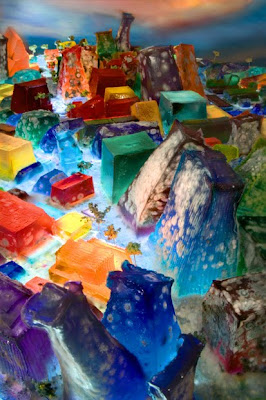 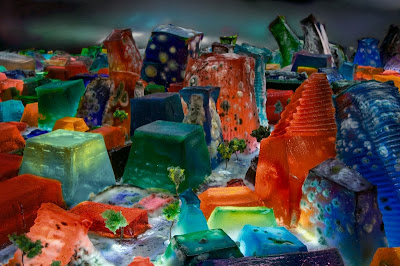 The installation below was created for the Headlands Close Calls show. It is the Mission District from 16th to 20th Street (North to South) and Harrison to Dolores (East to West). 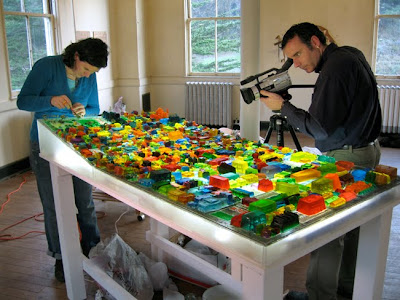 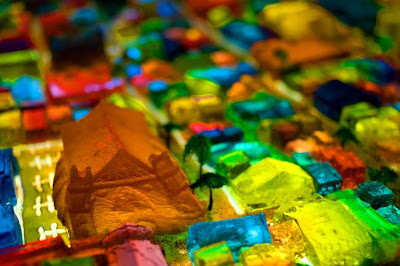 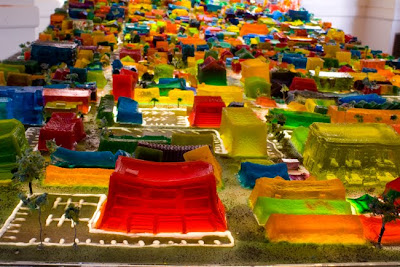 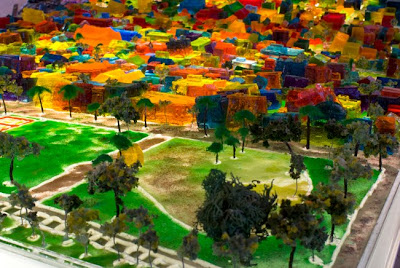 The molds for San Francisco's Palace of Fine Arts and City Hall: 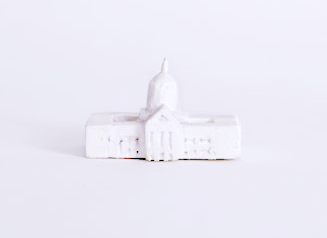 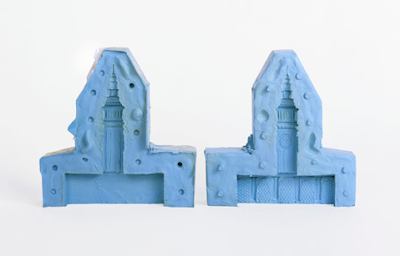 The molds for the houses: 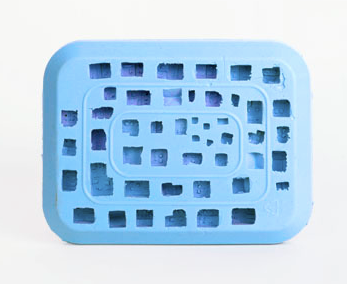 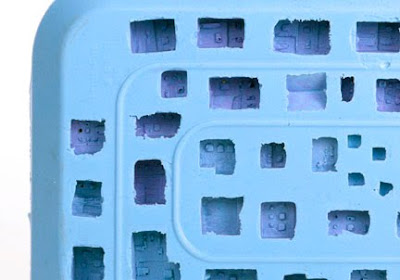 If you've never seen her earlier images of San Francisco cast in jell-O, check them out here.