Last month I told you about the collaboration between MINI and Airstream designed by the Republic of Fritz Hansen. Now, the MINI / Airstream Combo is showcased at INTERNI DESIGN ENERGIES exhibition in Milan and I have updated photos and a video for you! 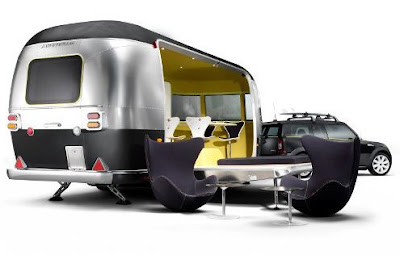 Three internationally revered icons of design have combined to create a one -off: the MINI Cooper S Clubman and the chrome Airstream camper trailer, each lovingly detailed by Copenhagen-based design firm Republic of Fritz Hansen.

For their part the Danes outfit a mid-century American classic, the Airstream trailer, with inspired twists on their countryman Arne Jacobsen's instantly recognizable, cushy Series SevenTM and SwanTM chairs. Retro wood interior paneling, Neoprene-wetsuit upholstery accents and - get this - a sunbathing bed leave no doubt: this camper is going to the beach. 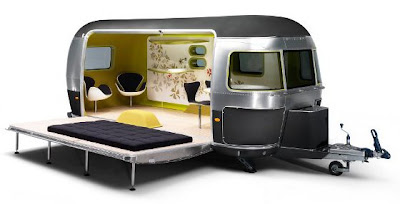 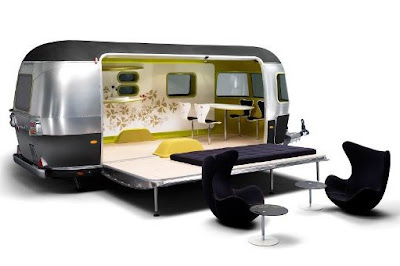 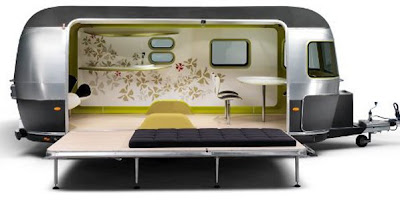 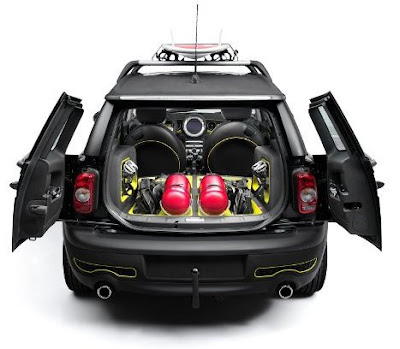 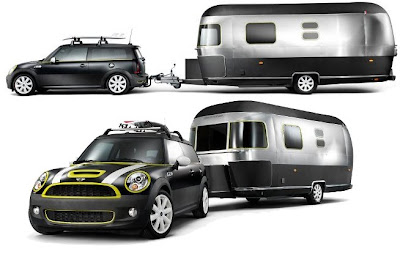 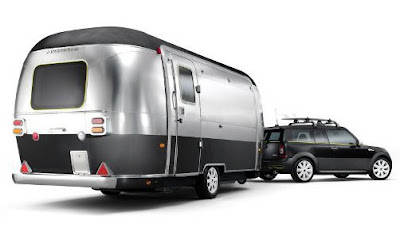 You can catch the one-off MINI and Airstream designed by Republic of Fritz Hansen during the Salone del Mobile and the INTERNI DESIGN ENERGIES show.

Special thanks to MINIspace for the photos and video!