In the international rankings by sale proceeds, France, which is usually up in third place behind the United States and the United Kingdom, was deposed this year by China, thanks to the dynamism of a number of international auction houses.

It should be said that this year no less than 75 sales in excess of the million dollar mark were achieved there, with a top price of HKD 66 million (USD 8.5 million) for a work by Cai Guoqiang, an all-time record for a contemporary Chinese work, followed by two modern artists Beihong Xu (HKD 64 million) and Chen Chengbo (HKD 45 million). With rapidly-growing national demand and artists achieving explosive price levels, China can now compete with New York and London when it comes to orchestrating Fine Art sales with million dollar proceeds. This time, the most prestigious sales are not the prerogative of Sotheby’s and Christie’s. 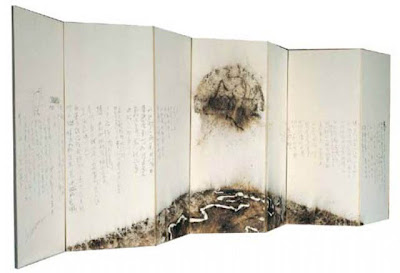 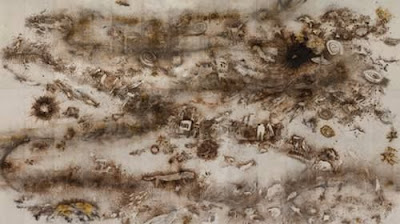 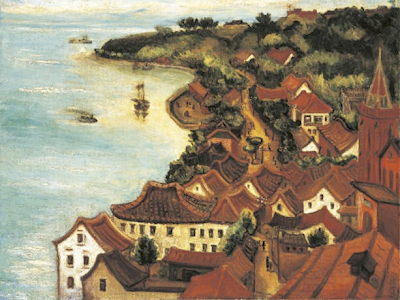 Above: Chen Chengbo's Danshui which recently sold for a record price of $4,478,149 HKD

The rise of China is also reflected in the number of auction houses and the volumes sold. Thus, with sale proceeds up by +78% between 2006 and 2007, competition is hotting up between the British and American auction houses and their local counterparts. At the end of the year, Christie’s still dominated its direct competitors, Poly International Auction, Sotheby’s and China Guardian with Fine Art sale proceeds of USD 197 million. But many fast-growing smaller-scale auction houses held their own with annual sale proceeds in excess of one million dollars, as was the case for Beijing ChengXuan Auctions, Shanghai Hosane Auction, Hua Chen Auctions and Beijing Council International Auction. In total, a hundred or so auction houses now organise prestigious catalogued Fine Art sales in China.

This market is also very attractive for the western market leaders such as Bonhams, which held a debut sale in Hong Kong on 26 November 2007, or Artcurial which inaugurated Artcurial China (Shanghai) with a first auction in January 2008.*

Furthermore, the arrival of China on the international art scene is all the more noticeable in the particularly buoyant and competitive contemporary art market. In 2007, there were no fewer than 36 Chinese artists in the Artprice ranking of the 100 leading contemporary artists by sale proceeds, with the unbelievably meteoric Zhang Xiogang in second place ahead of Jeff Koons!

Even the high profile American stars can’t withstand the appetite amongst collectors for young Chinese artists. Just 5 years ago, only Cai Guoqiang made the Top 100. With the arrival of these highly speculative artists on the international centre stage, the whole face of contemporary art at auction was radically changed in the space of a few months. Of the 35 contemporary artists having achieved million-ticket sales, 15 were Chinese. Suffice to say that, with such price levels, these artists are particularly newsworthy and they only need to appear in an auction catalogue to guarantee a successful sale. Speculation is also rife, the price levels of contemporary Chinese artists having increased by +780% since 2001! Some of them have seen their prices multiplied by ten in a few years. 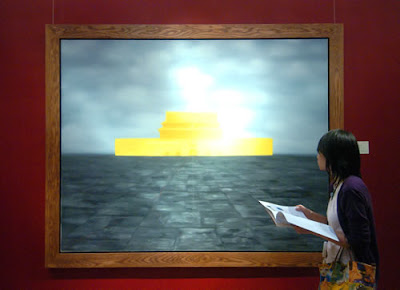 One of the emblematic figures of this extraordinary growth is Zhang Xiaogang. Introduced at auction for the first time in 1998 with Blood Lines Series No.54 & No.55, a diptych sold for GBP 5,000 (EUR 7,117) at Christie’s, his market reached another dimension with a first series of million-ticket sales in October 2006 at Christie’s London for Big Family Series. One month later, he reached HKD 16 million (USD 2 million) with Tiananmen Square, a large-scale 1993 canvas, presented at Christie’s Hong Kong. 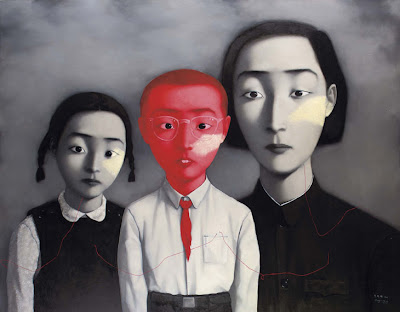 Above: Zhang Xiaogan, A Big Family, 1995, Saatchi & Saatchi Gallery,
More of his series of family portraits can be seen here.
And here.

In November 2007, his Family Portrait (1994) achieved USD 4.4 million in New York. His total 2007 sale proceeds amounted to USD 57 million, including 15 lots auctioned for more than a million US dollars. Amongst the artists performing most strongly we could also highlight Yue Minjun, ranked 4th by sale proceeds, with an auction record of GBP 2.6 million (USD 5.3 million) for Execution at Sotheby’s London. He is followed by Zeng Fanzhi, with a record of GBP 2.45 million (USD 5 million) at Phillips de Pury & Company in London. 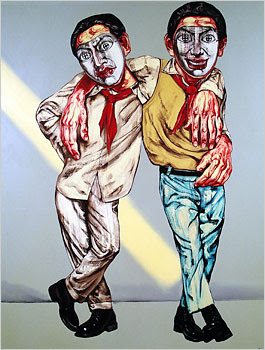 In May 2007, Chen Yifei set a new record for an avant-garde Chinese work with Eulogy of the Yellow River: CNY 36 million (USD 4.7 million) under the hammer at China Guardian. He has since been seriously outclassed by Cai Guoqiang with a series of 14 drawings (one of which is shown above) which was snapped up for HKD 66 million (USD 8.5 million) at Christie’s Hong Kong Asian Contemporary Art sale on 25 November 2007.

With their media profiles now very high, these new stars not only headline the specialist Asian sales in Hong Kong, Beijing and Shanghai, but also the contemporary art sales in New York and London at Christie’s and Sotheby’s, alongside Andy Warhol, Damien Hirst, Jeff Koons and Richard Prince.
(source: Art Price, Feb. 08)

*The French auction house Artcurial, which in September formed a joint-venture with the Chinese group Sun Media, held its first sale in Shanghai on Sunday. Estimated at 40-54 million RMB (3,8 and 4,7 million Euros), the sale of modern and contemporary Chinese art went beyond expectations with a total of 60 million RMB (5,6 million Euros). The lots were mainly bought by Chinese clients, proof of a vigorous Asian market. Indeed, of the 72 pieces presented, only one was left unsold: Night Lifes n°2 by Li Xiaojing.