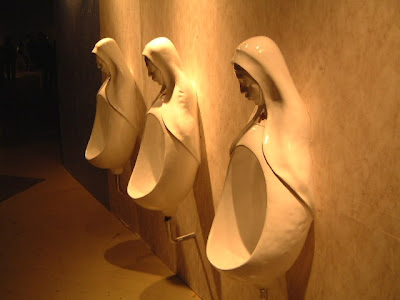 Anyone who has traveled to the Middle Kingdom would agree that the country's public restroom facilities leave a lot to be desired. Well, in Chongqing, a city of 31 million people in south-central China, they've had enough. Not content with the rudimentary squat units found everywhere in China, the city has pursued some innovative ideas that are meant to make the experience not just easier, but a little more fun.

First came round, open air urinals on the city's infamous "Foreigners Street," featuring tiny waist screens that left little to the imaginations of passers-by (below): 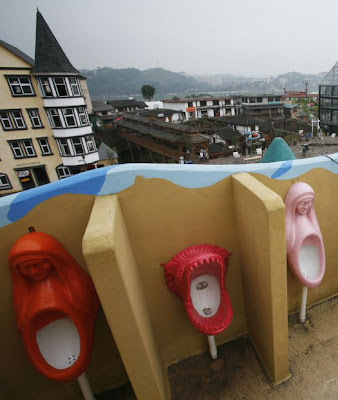 Then came news of outdoor sinks, pictured below, that made the hand-washing experience, um, different. 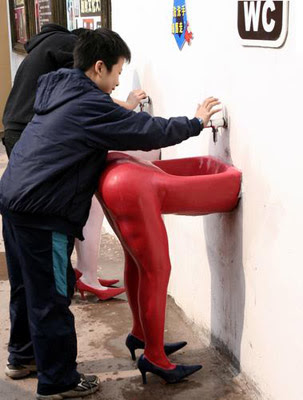 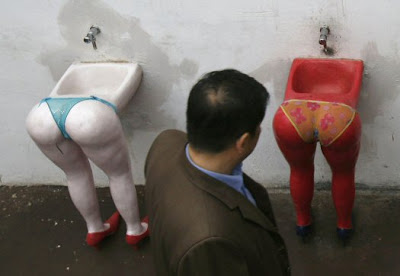 Now comes news that the city has opened the world's largest restroom. The four-story, 1,000-stall facility features TVs, a soothing soundtrack piped throughout, crocodile- and Virgin Mary-themed urinals, and stalls with no roofs for those who prefer to relieve themselves al fresco. Says a local government official:

"We are spreading toilet culture.... After they use the bathroom [people] will be very, very happy."

You can't argue with that.