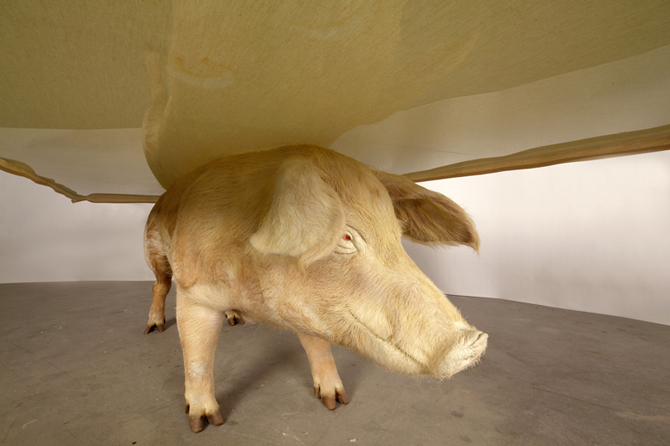 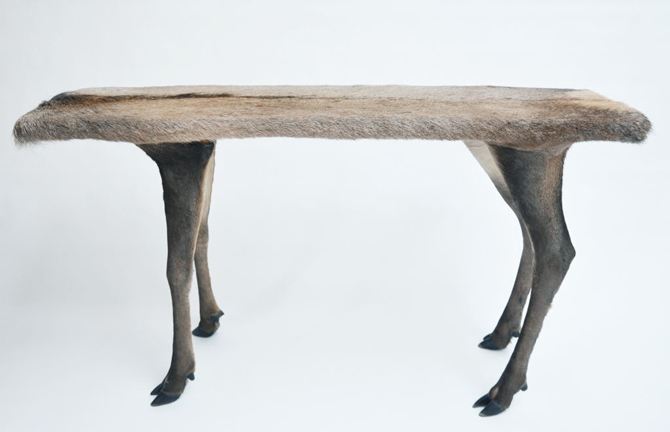 Given my posts on tattooed pigs and pigskins received so many controversial reactions, I can only imagine how these tables from Armin Blasbichler Studio, which combine furniture design with taxidermy, are going to go over.

Orson I and Orson II are part of a limited series of tables which feature stuffed livestock incorporated into the design by the Italian multidisciplinary studio.
"ORSON, I'm Home” Orson I, 2010

“ORSON, I'm Home” I is a coffee table which has a stuffed sow as the base on which a laminated glass and cotton cloth tabletop sit: 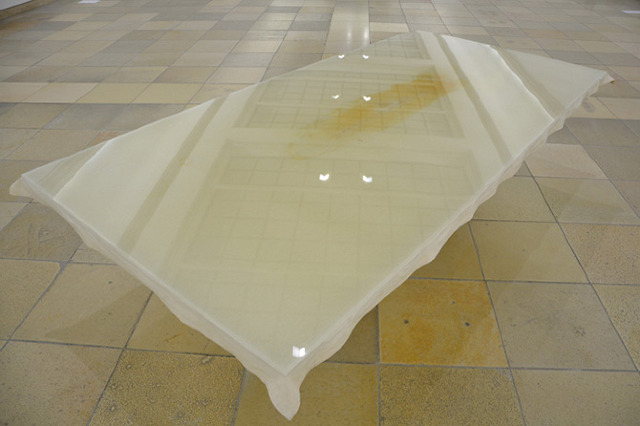 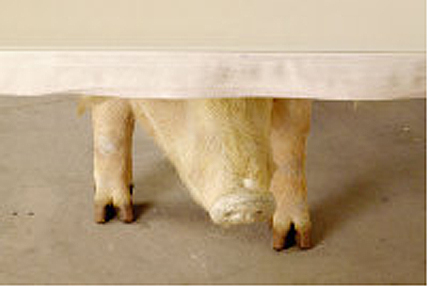 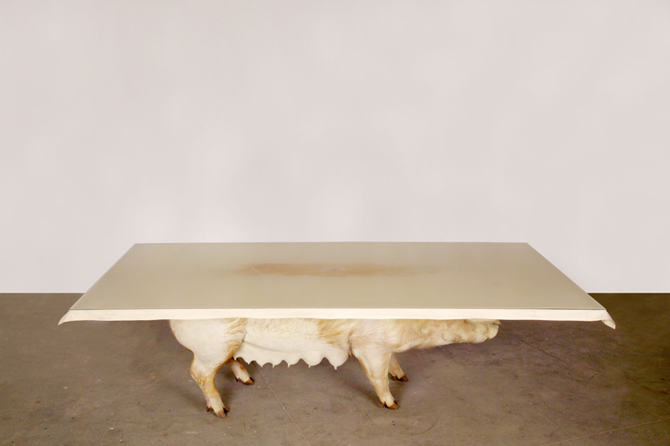 “ORSON, I'm Home” II is a console table whose legs are those of a stuffed deer and whose top is multi-layered plywood covered with real deerskin: 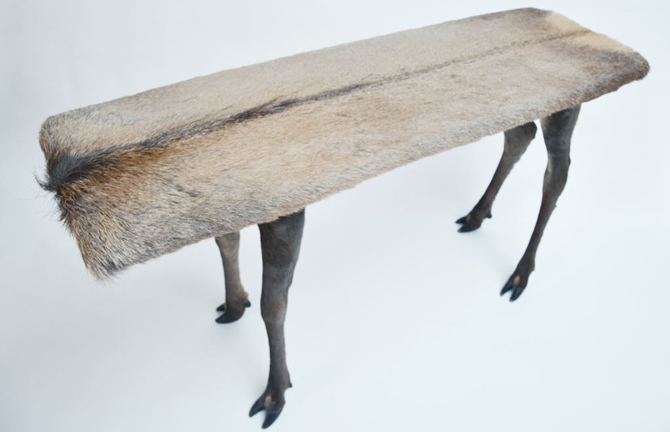 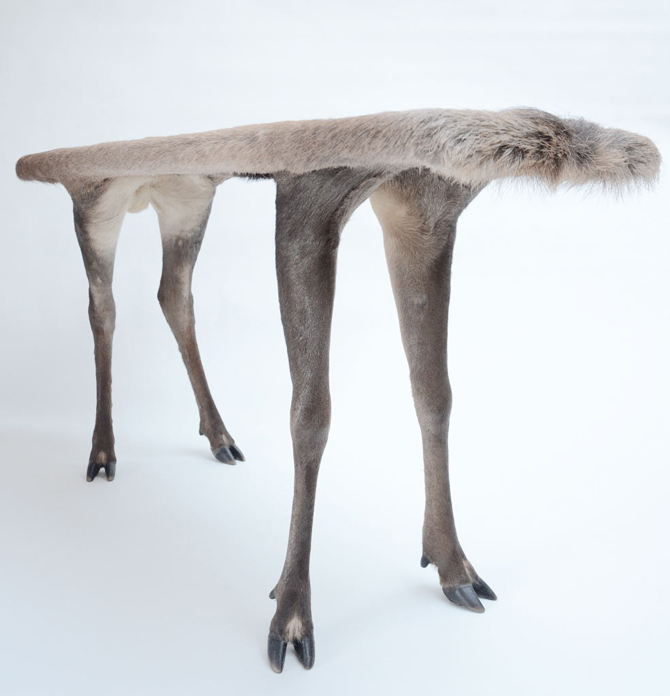 Armin Blasbichler Studio is a multidisciplinary practice based in Brixen/Bressanone, Italy specialised in cross-linking the fields of architecture, design and visual arts. The studio is committed to developing innovative projects that are built on critical research, transgression and the experience of chance both physically and conceptually.