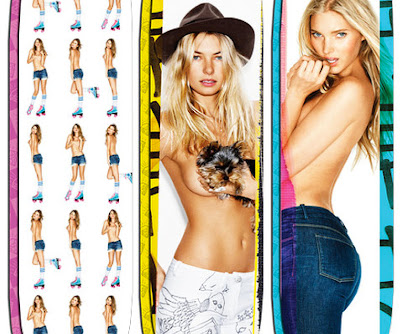 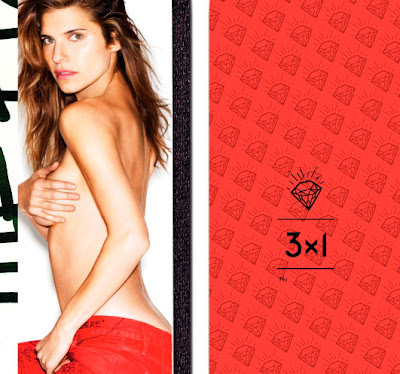 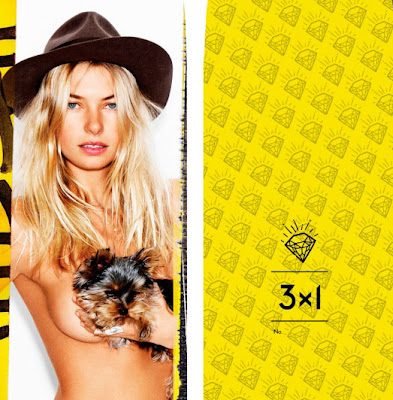 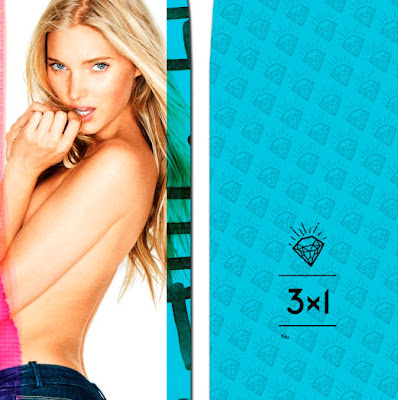 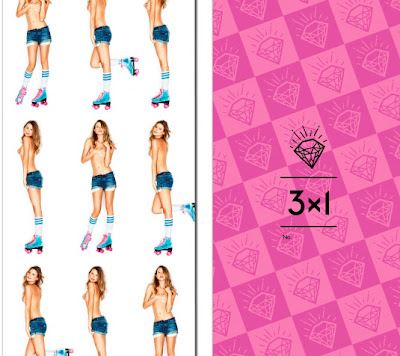 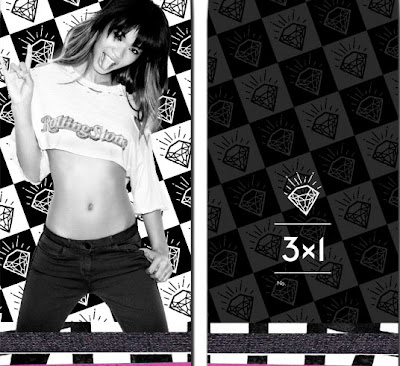 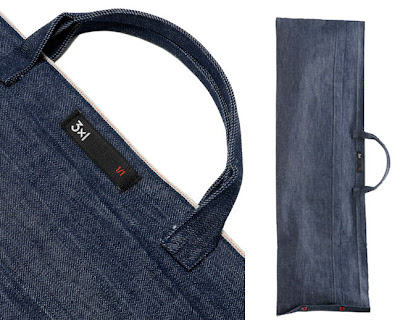 The set ($400 USD), individual boards ($100 USD) and 3x1's selvedge denim bag (shown above) are now available at 3x1.us, along with other stellar denim gear for men and women.

On April 5th, the decks will be revealed and the price will be bumped up in the 3x1 store in New York and online , but it's all going to good causes selected by the mega-beauties, including Food on Foot, Polaris Project, Goods for Good and Keep A Child Alive. 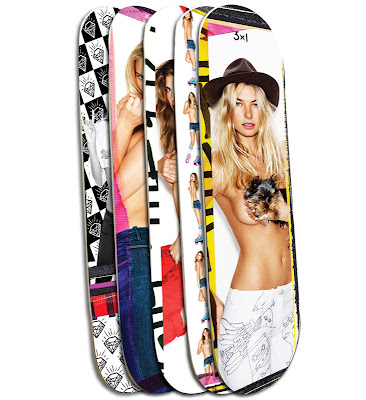 Five individually numbered decks featuring Jessica Hart, Lake Bell, Elsa Hosk, Behati Prinsloo and Chanel Iman. All profits go to charity and limited to 60 sets. Pre-Order now - shipping 4/21. Due to the size of this item, there is a $25 domestic or $50 international shipping charge for the set.
Ben Watts + 3x1 + Lake Bell: 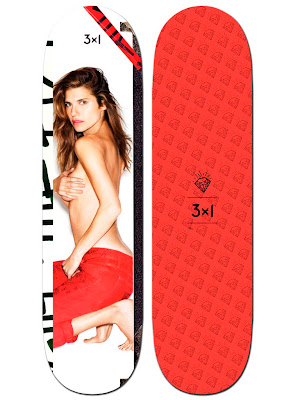 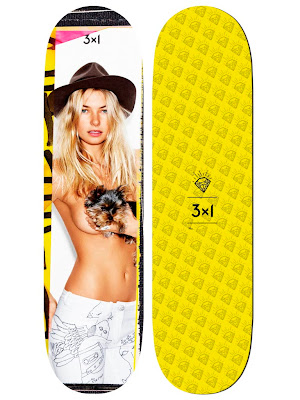 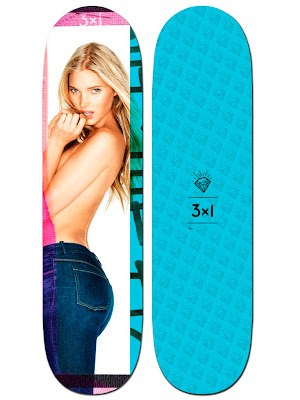 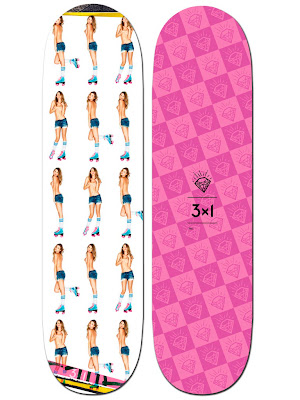 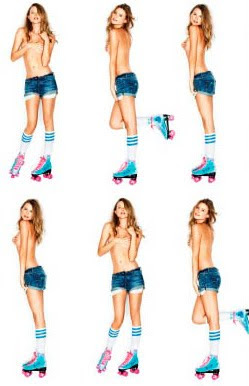 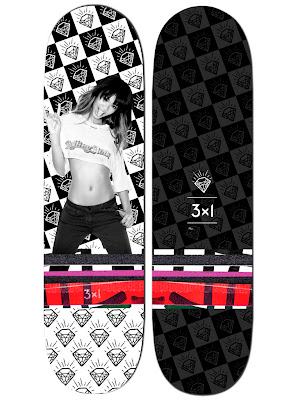 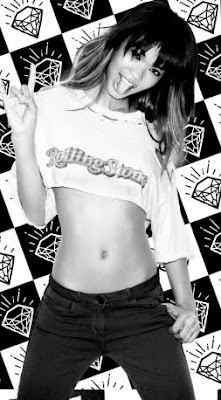 About 3X1:
As a label, 3x1 is defined by transparency, value, and uniqueness with the one and only location at 15 Mercer Street housing a 4,000 sq.ft. retail and gallery space, an entire manufacturing facility as well as their 3,200 sq.ft. design studio. Each pair of 3x1 jeans is created on site and tailored for the customer as Limited Edition, Custom Made or Bespoke.