A Self Promotional Print Campaign for Digital Retouching By Dare for The Orange Apple. 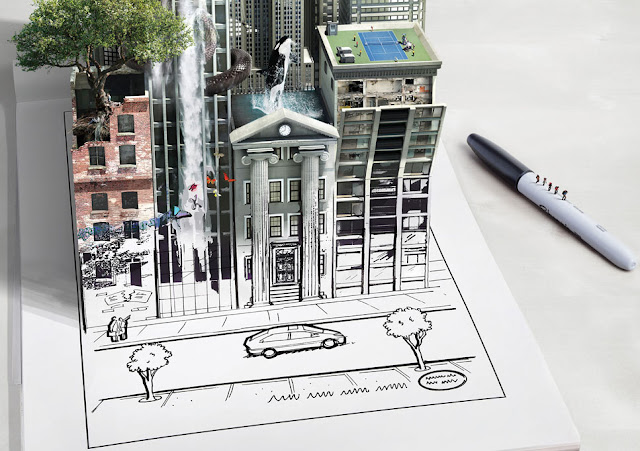 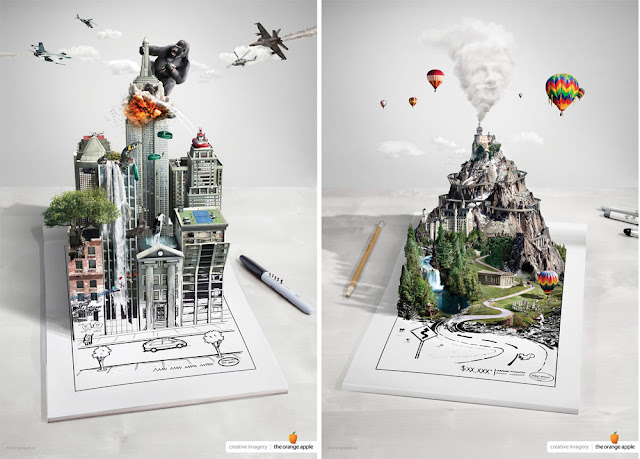 Dare of Vancouver has created this visually compelling print campaign for - as one might guess - digitial retouching by Canada's The Orange Apple. Creatives take note... The Orange Apple was approached by Andrew Ablas and Rob Sweetman of Dare to create the three ads below (as opposed to the client soliciting the campaign) which show two dimensional drawings springing to life as three dimension worlds. 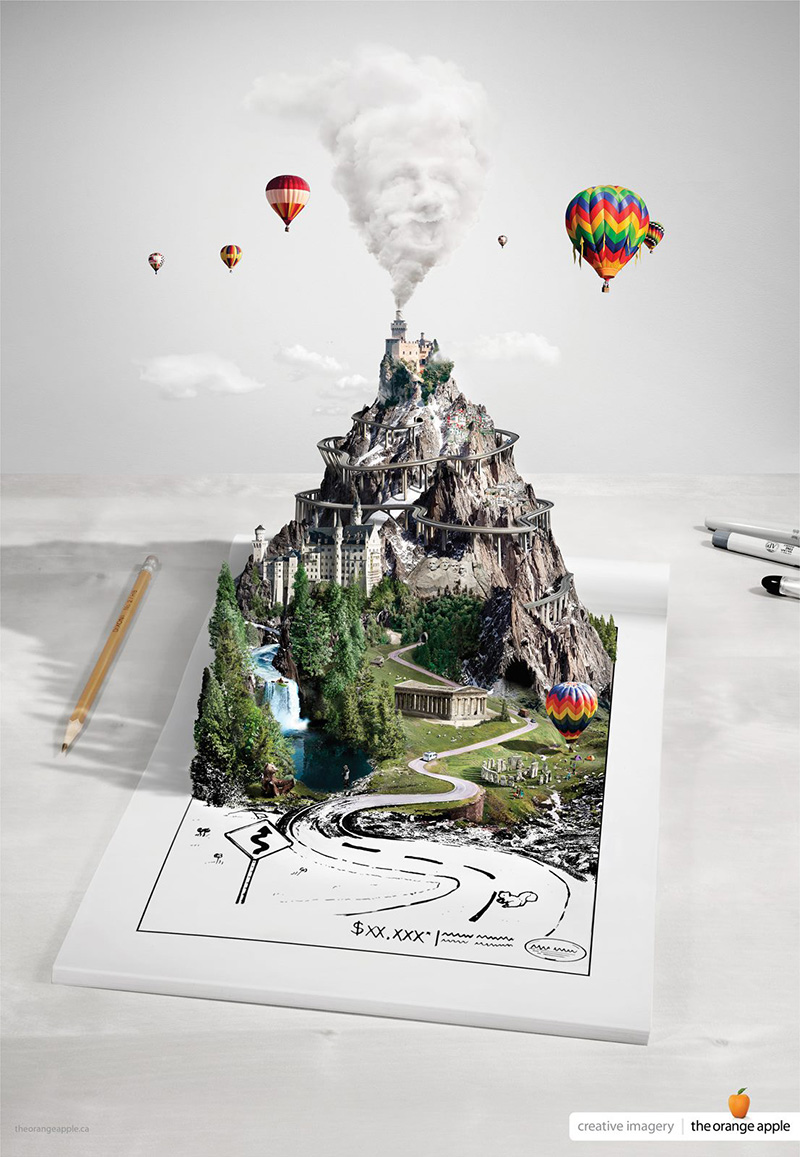 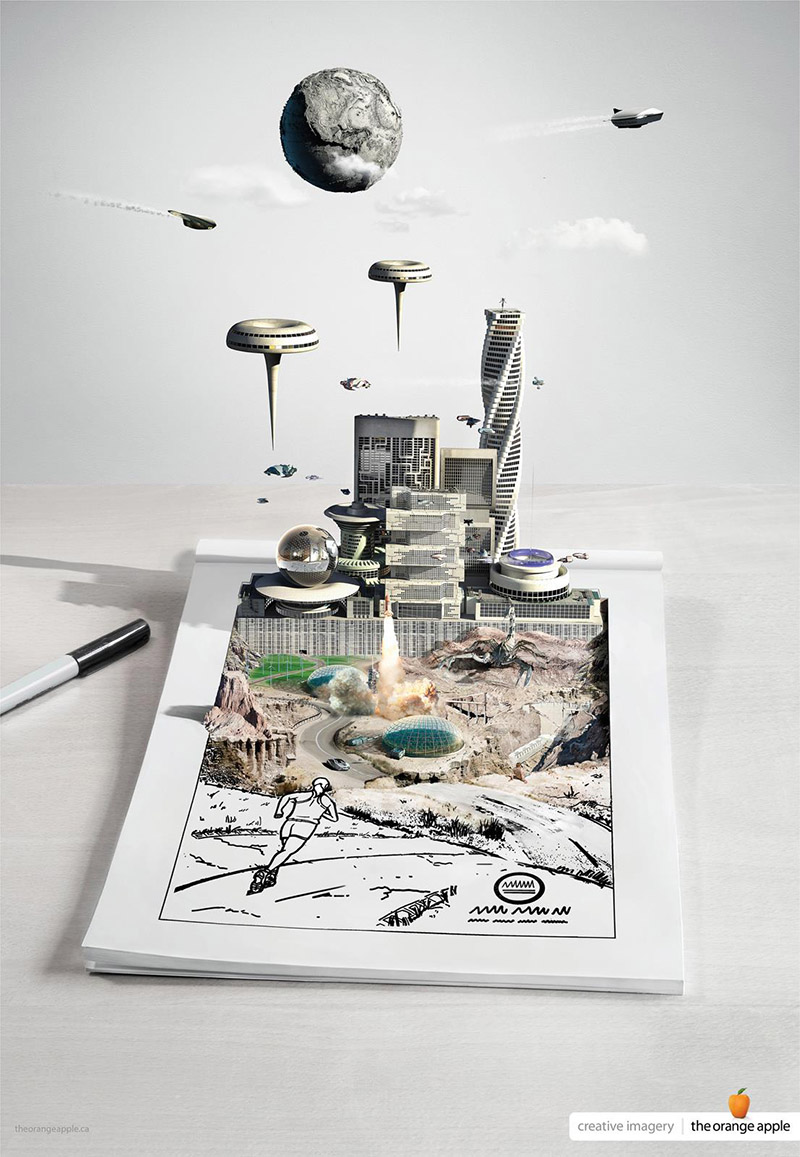 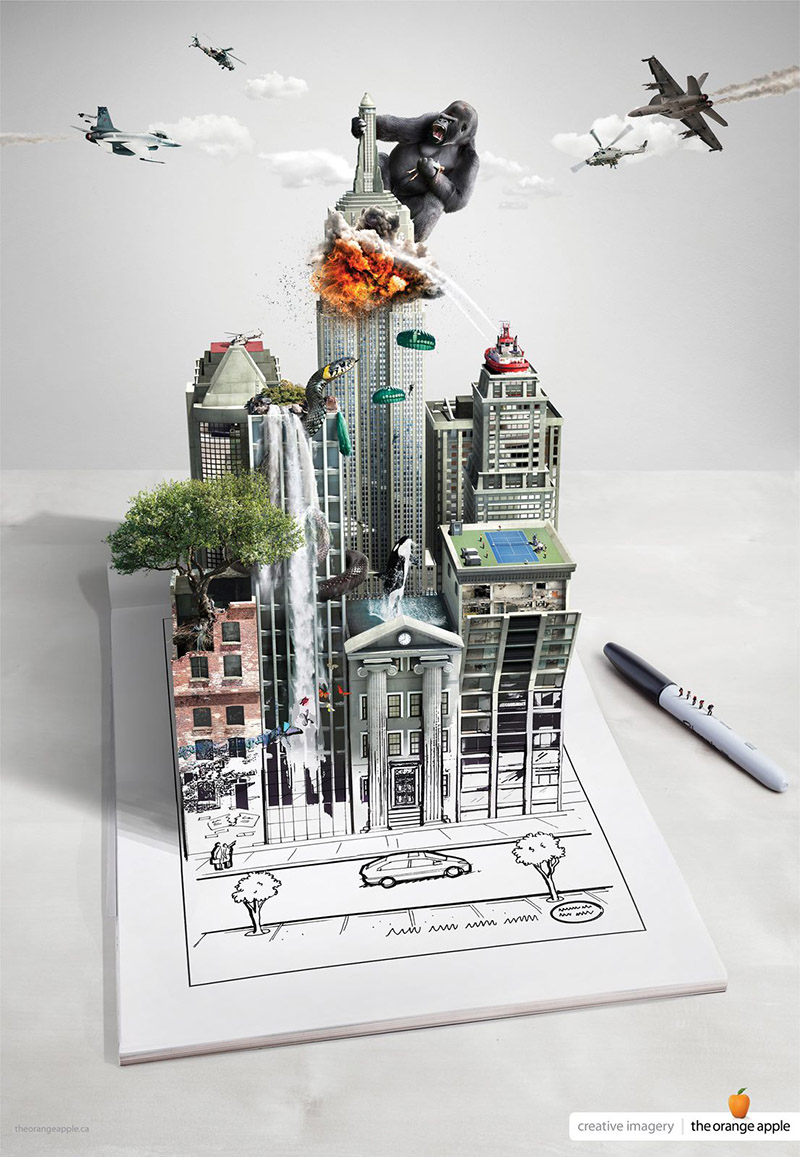 Courtesy of Ads of The World.