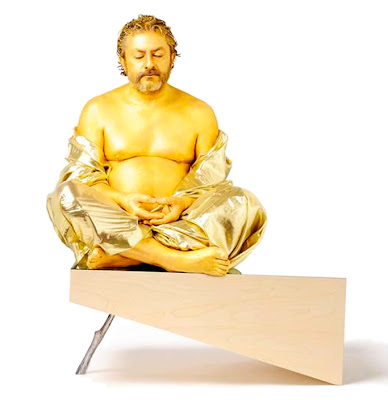 Once again, the art and design studio CTRLZAK infuses Eastern philosphy into Western design like they previously did with their ceramiX project. Their latest coffee table and stool designs, the D/ZEN collection, consists of wooden blocks cut asymmetrically and balanced upon a symbolic silver cast twig leg. A reflective surface on the top or underside of the tables/stools is both aesthetically pleasing and functional. 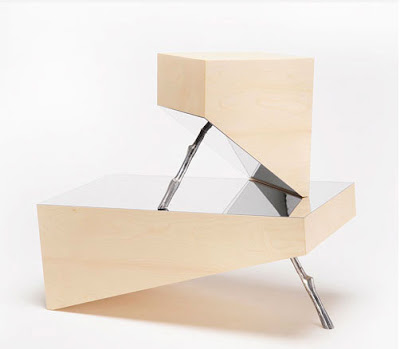 The D/ZEN coffee table and stool by CTRLZAK was inspired by the spiritual and physical balance of Buddhist Zen practices. Archetypal forms that sustain objects and people, imperfect forms in perfect balance. The stick is man’s little touch, which supports nature but reminds us that everything is temporary. 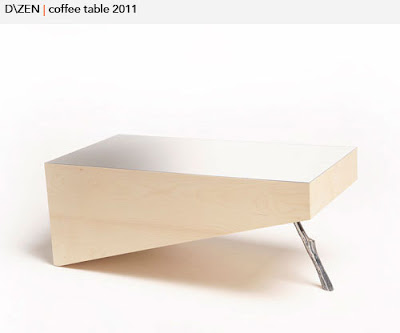 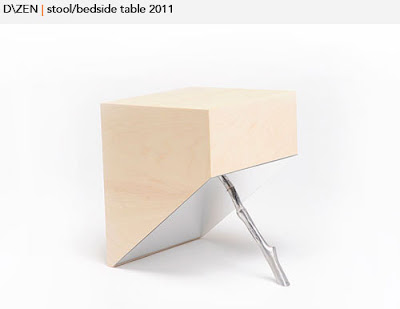 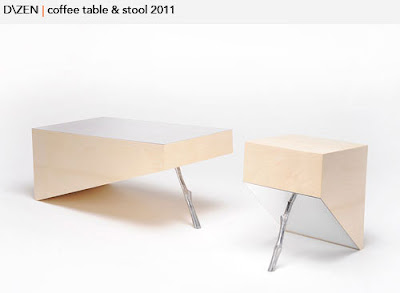 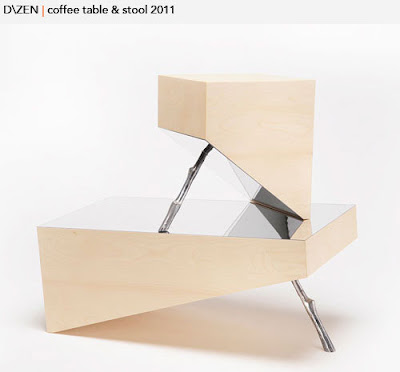 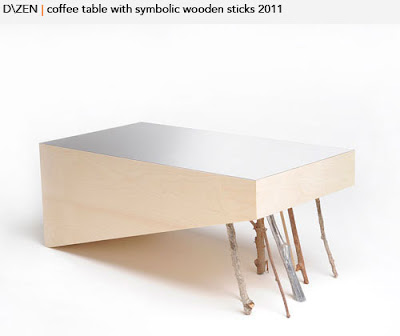 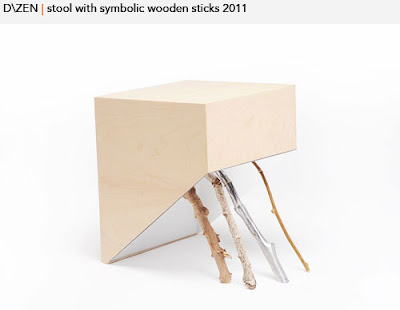 CTRLZAK will present the new D\ZEN project in the upcoming Milan Design Week, the 12th to the 17th of April, 2011.

Don't forget to check out their wonderful CeramiX project, too.