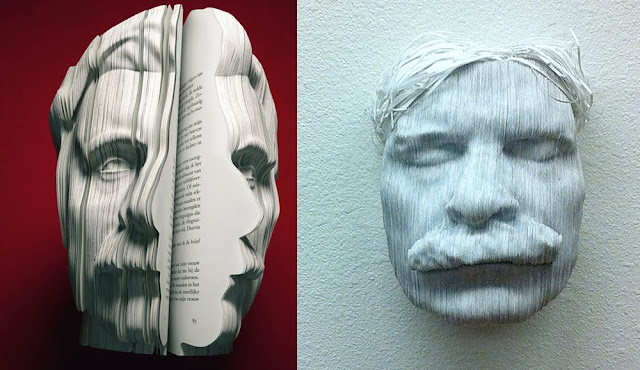 Advertising and marketing agencies are often inspired by fine art. Such is the case with Etcetera's wonderful promotional posters for Dutch Book Week. 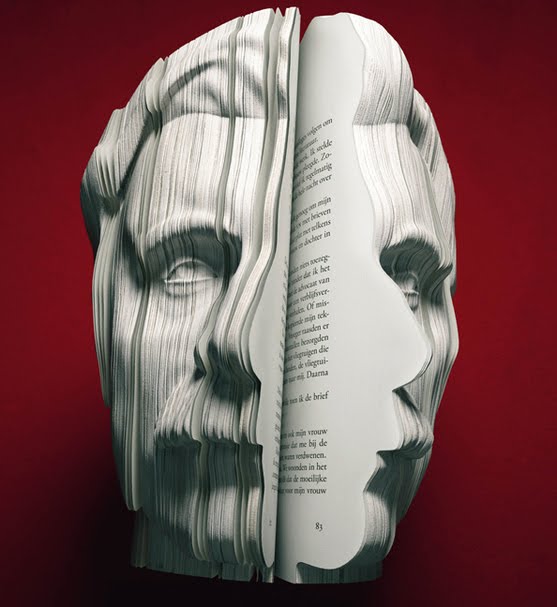 above: the computer generated image of Kader Abdollah used in the campaign 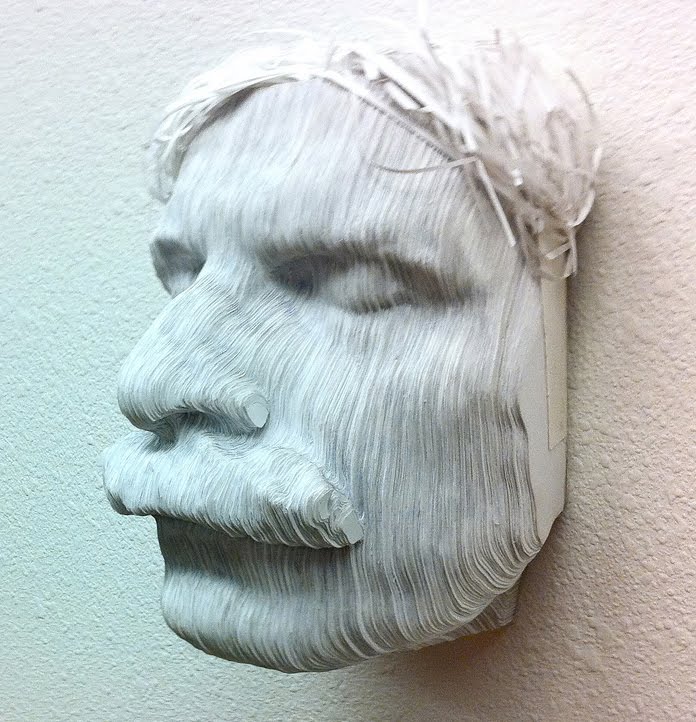 above: An actual 3D paper sculpture of Kader Abdollah by Nicholas Galanin was the inspiration for the computer generated campaign

A couple of blogs and design sites have featured the compelling ad campaign, but not all of them have entirely accurate information. The images were created entirely with CGI but were inspired by an artist who actually crafts similar three dimensional sculptures. 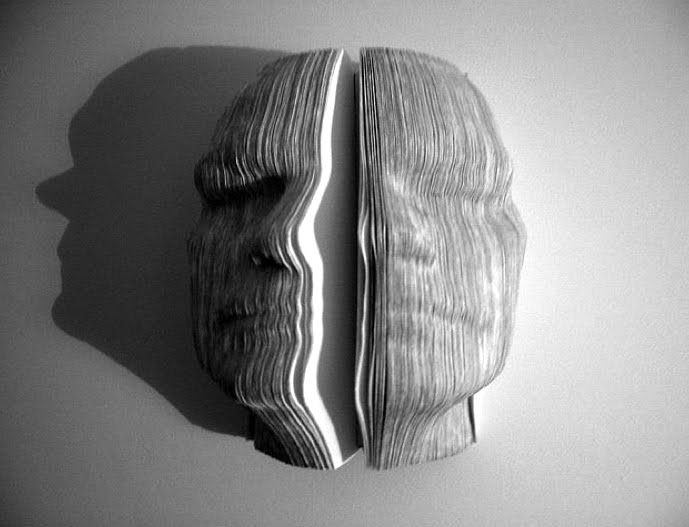 above: What Have We Become, a 3d paper sculpture by Nicholas Galanin

Each year, the Collective Promotion Dutch Literature (CPNB) organizes Dutch Book Week to promote Dutch literature and every year a specific genre is featured. This year the Book Week is featuring autobiographies, ‘GeschrevenPortretten’, which roughly translates into 'Written Portraits’.

Souverein created the CGI artwork, because of time constraints, which was based on the work by artist Nicholas Galanin. 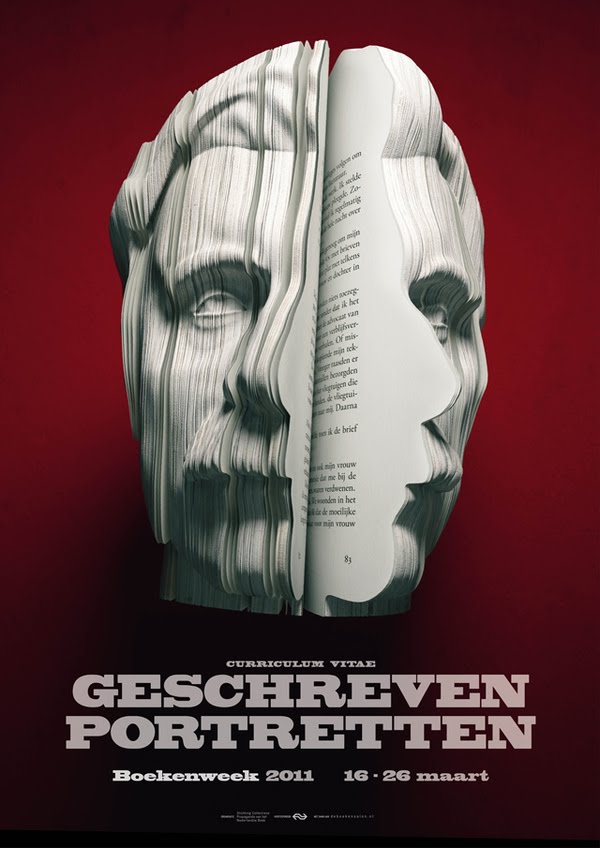 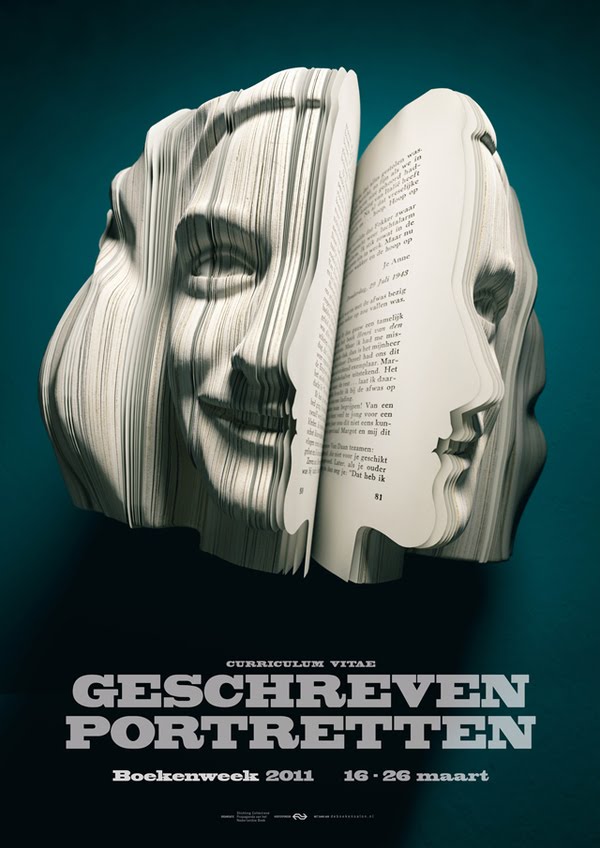 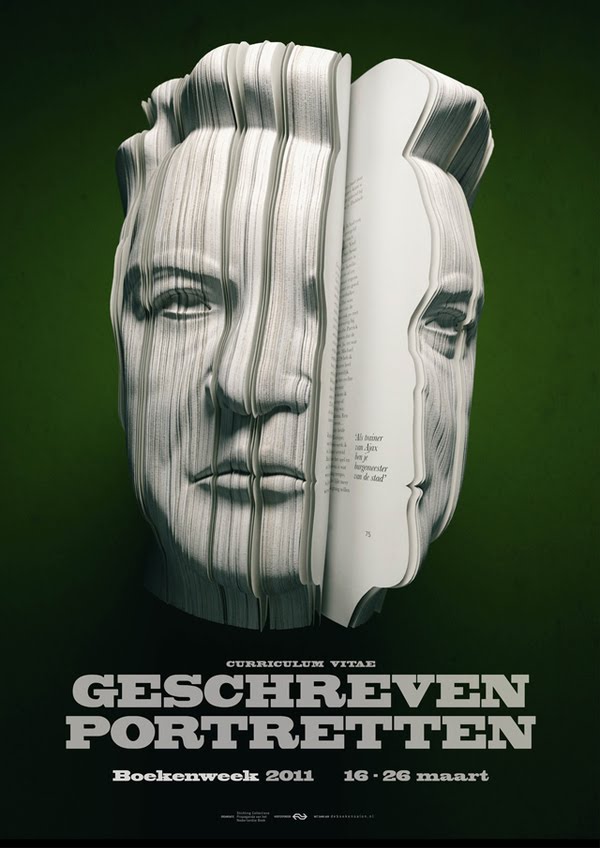 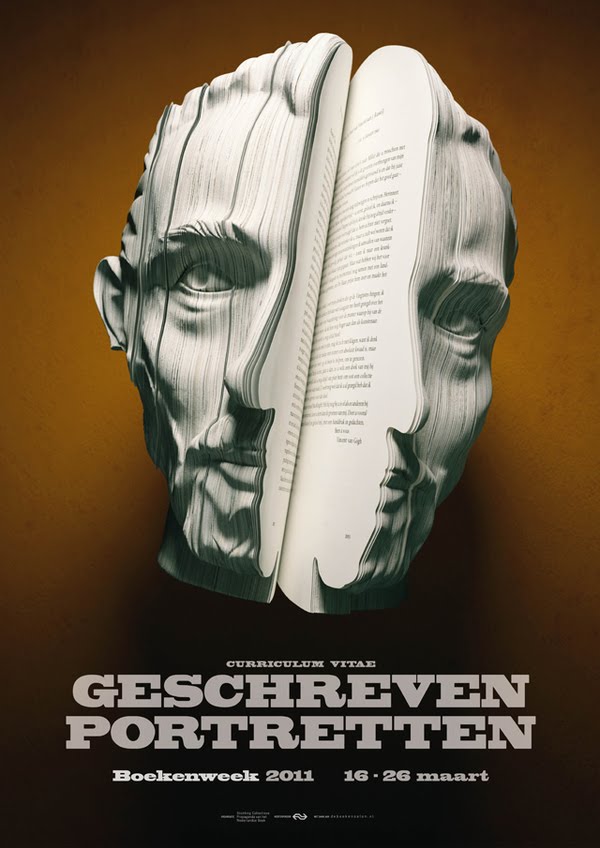 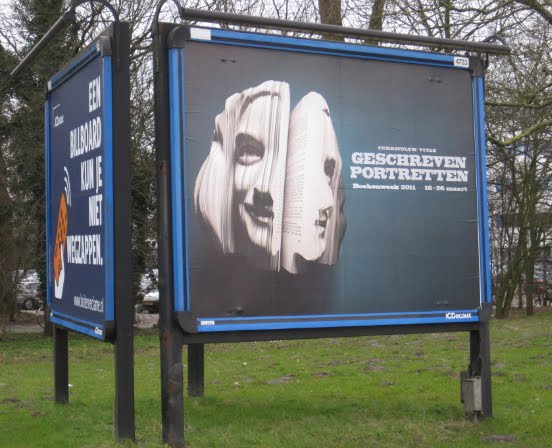 Concept for the campaign by: Markus Ravenhorst, Maarten Reynen 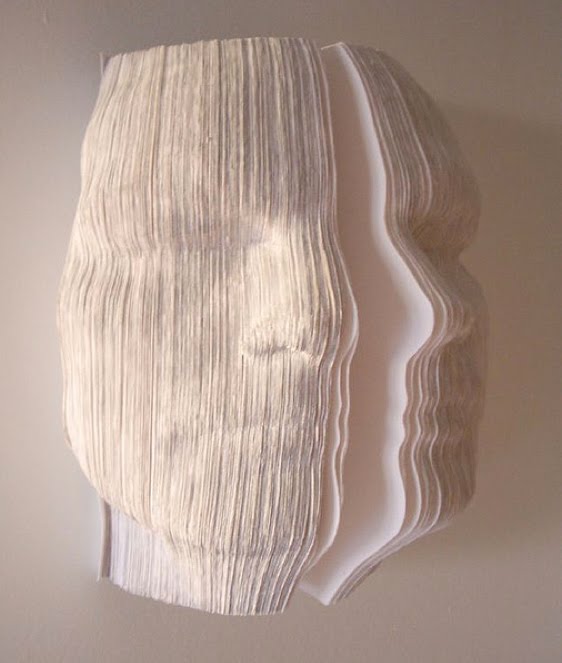 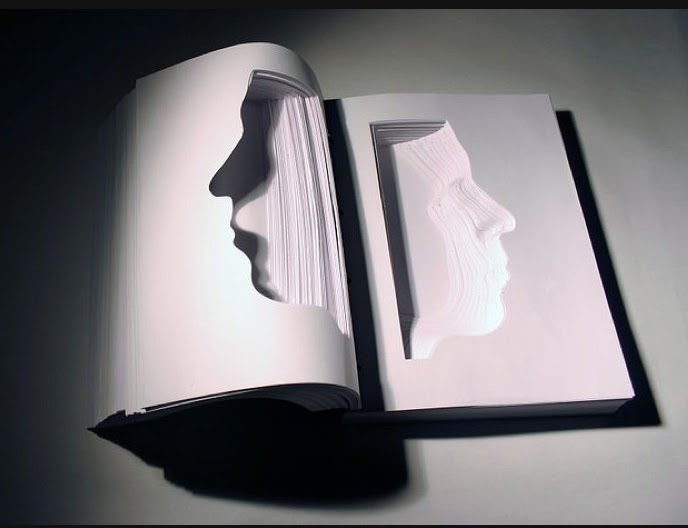 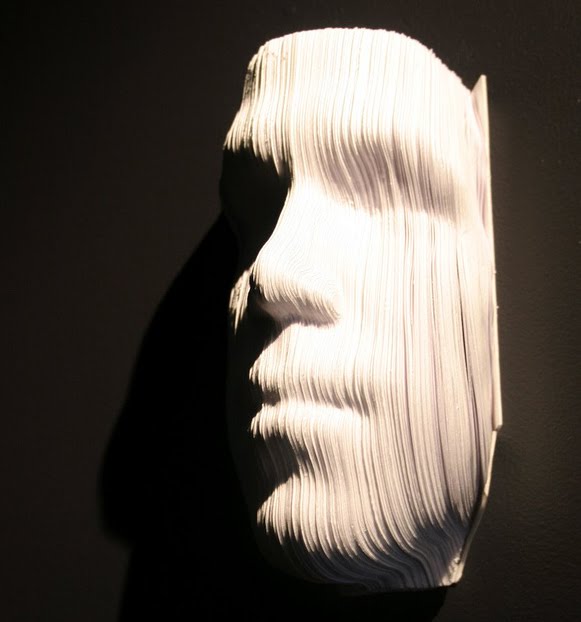 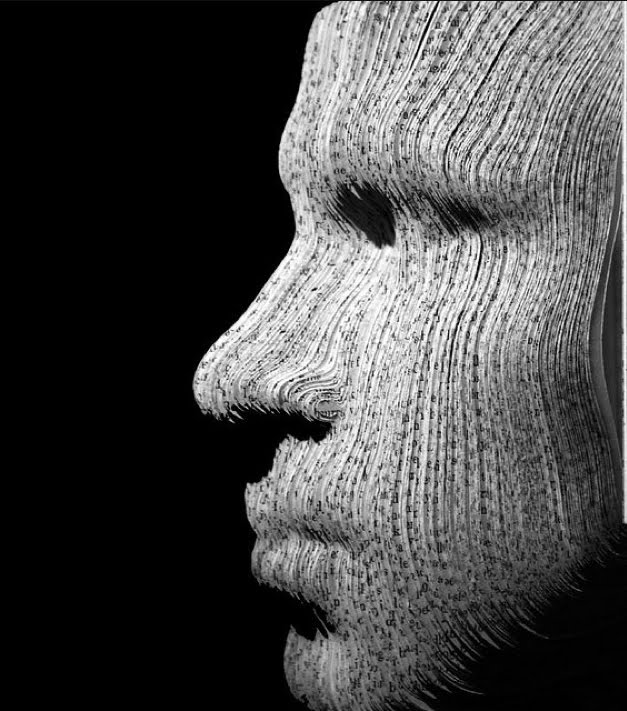 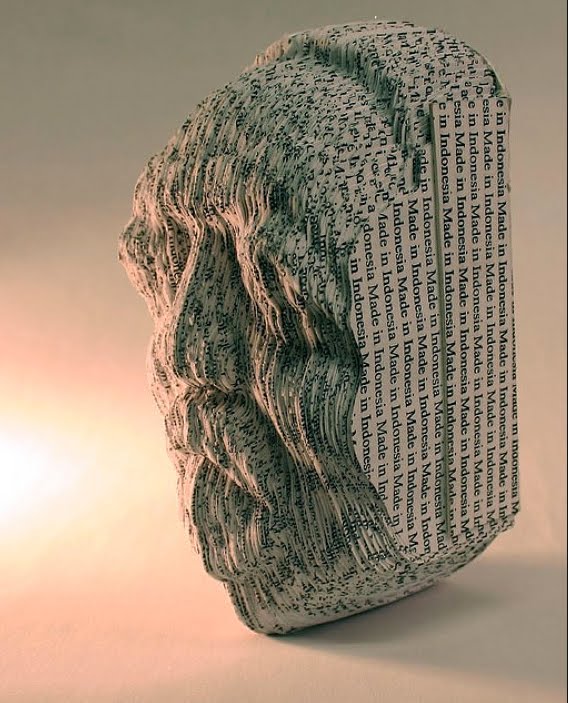