Parrot is a global leader in wireless devices for mobile phones and is always on the cutting edge of innovation. Recently, they've hired designers to make specific products for their line. The latest of which are the Zikmu; new wireless speakers by well known designer Philippe Starck. 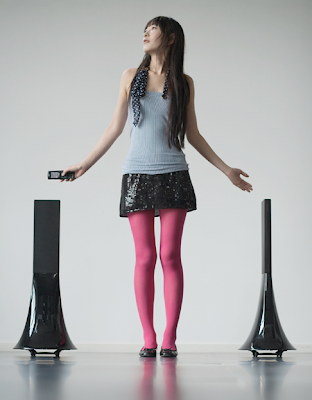 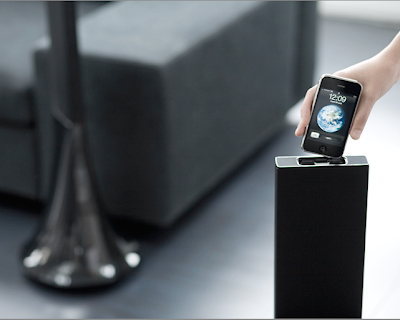 'Zikmu' has been designed for compatibility with the entire range of Apple products and music players, including the iPhone. Using the docking station built into one of the speaker columns, listeners can enjoy their favorite music while recharging the player and control it via a smart monolithic remote control. 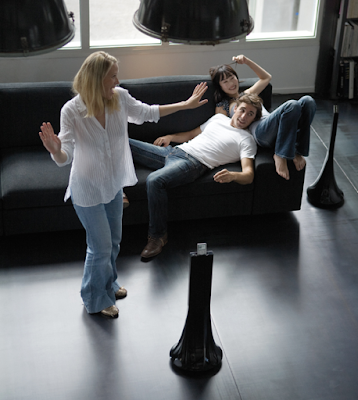 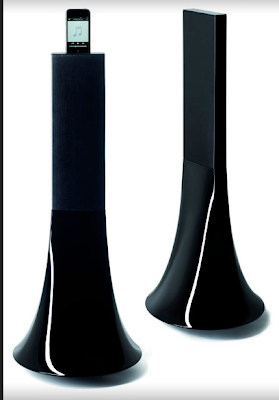 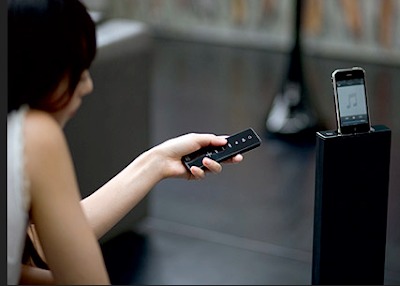 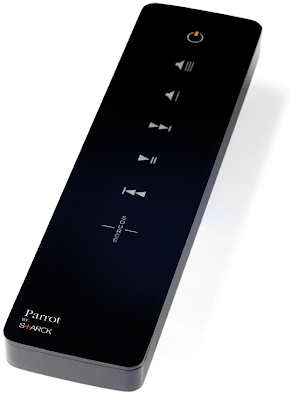 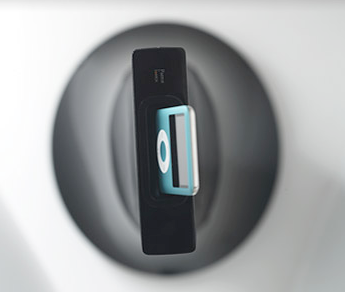 Boasting a 100W RMS total power output, consumers can stream music directly from a PC via Wi-Fi or music stored on a mobile phone, PC or Mac® via Bluetooth® stereo (A2DP) wireless technology. The two speakers communicate with each other using Bluetooth technology, eliminating wires, and enabling them to be positioned anywhere in a room, for a true stereo effect. 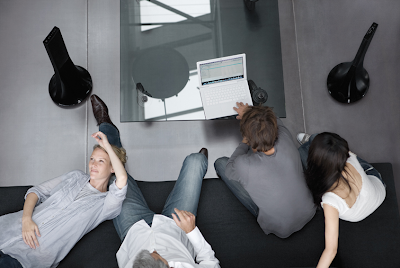 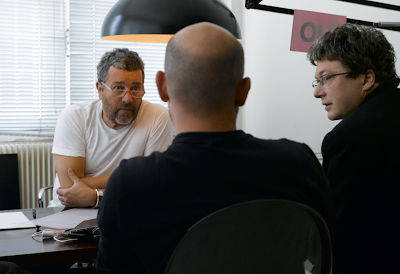 Above: Philippe Starck with Henri Seydoux of Parrot

The Parrot by Starck speakers also feature innovative NXT technology, changing the face of acoustic design. NXT technology uses an extra-flat membrane to create small-scale vibrations across its entire surface to reproduce the medium and treble frequencies, optimally radiating sound from both sides of the speaker. This 360° immersive sound can be experienced no matter where a user is in relation to the speakers. 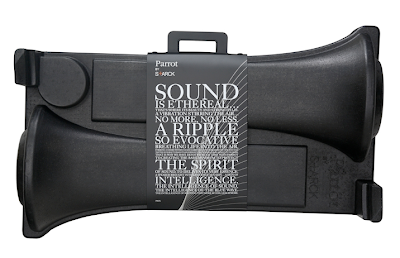 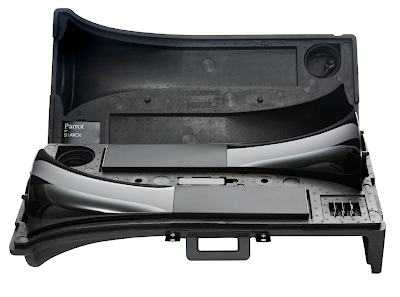 The 'Zikmu' Parrot by Starck wireless speakers will be available for Spring 2009 in the US at a suggested retail price of $1,500.

Parrot, a global leader in wireless devices for mobile phones, stands on the cutting edge of innovation. The company was founded in 1994 by Henri Seydoux as part of his determination to drive the inevitable breakthrough of mobile phones into everyday life by creating high-quality, user-friendly wireless devices for easy living. Parrot has developed the most extensive range of hands-free kits on the market for cars, motorbikes and scooters, including wireless multimedia products geared towards audiovisual applications. In 2008, Parrot launched a new prestige line of high-end products bearing the hallmark of renowned artists. Parrot, headquartered in Paris, currently employs 500 people worldwide, generates 86.6% of its sales overseas and stands as a fast-growth company (2007 revenues: 220 million euros, tripled since 2005) listed since 2006 on Euronext, Paris.
Euronext Paris - Eurolist, Compartment B: FR0004038263 - PARRO www.parrot.com

If you're an audiophile or just love cool audio speakers, be sure to see these posts:

Speaker Manufacturers Turn Up The Volume On Design

Ross Lovegrove is Making Some Noise for KEF

Art? Or Speakers? It's Two, Two Objects in One

It's A Lamp. It's A Speaker. It's The Amplamp By Futuros