Unless you read the trade pubs or follow packaging blogs or Pinterest boards, you may not have seen this clever work to advertise/promote Ricola's herbal cough drops.

above: Ricola's Herbal Cough Drops are made with 13 herbs cultivated in Switzerland.

Now, advertising has changed much since I started working in the business. As companies, campaigns and communications grew more international beginning in the early 90s, they also grew more visual - a result of translation difficulties and the universal understanding of imagery. Once upon a time, a print ad campaign that used the same line on each ad would be scolded for lack of creativity here in the US. But, like I said, things have changed and this promotional idea and campaign for Ricola Herbal Cough Drops, "Unwrap Your Voice," is a perfect example of a visual internationally understood idea.

The concept for the Ricola campaign "Unwrap Your Voice" came from German agency Jung Von Matt (Not JVM Studio - or Jeroen van Mechelen - as The Dieline incorrectly reports) and it was executed as a collaborative effort between Jung Von Matt, the Scope Digital Studio and illustrator Julien Canavezes. The whimsical illustrations by Julien Canavezes serve as both the actual cough drop packaging and the whole gist of the communications effort. The candies were distributed free at concerts and apparently the print ads ran in Germany (in what publications, I do not know).

Here are the single page and spread ads that were submitted to the award shows. 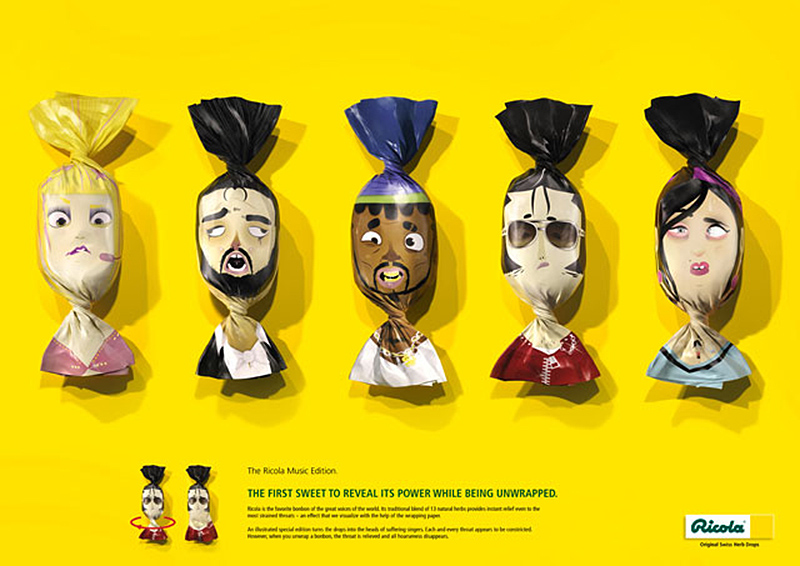 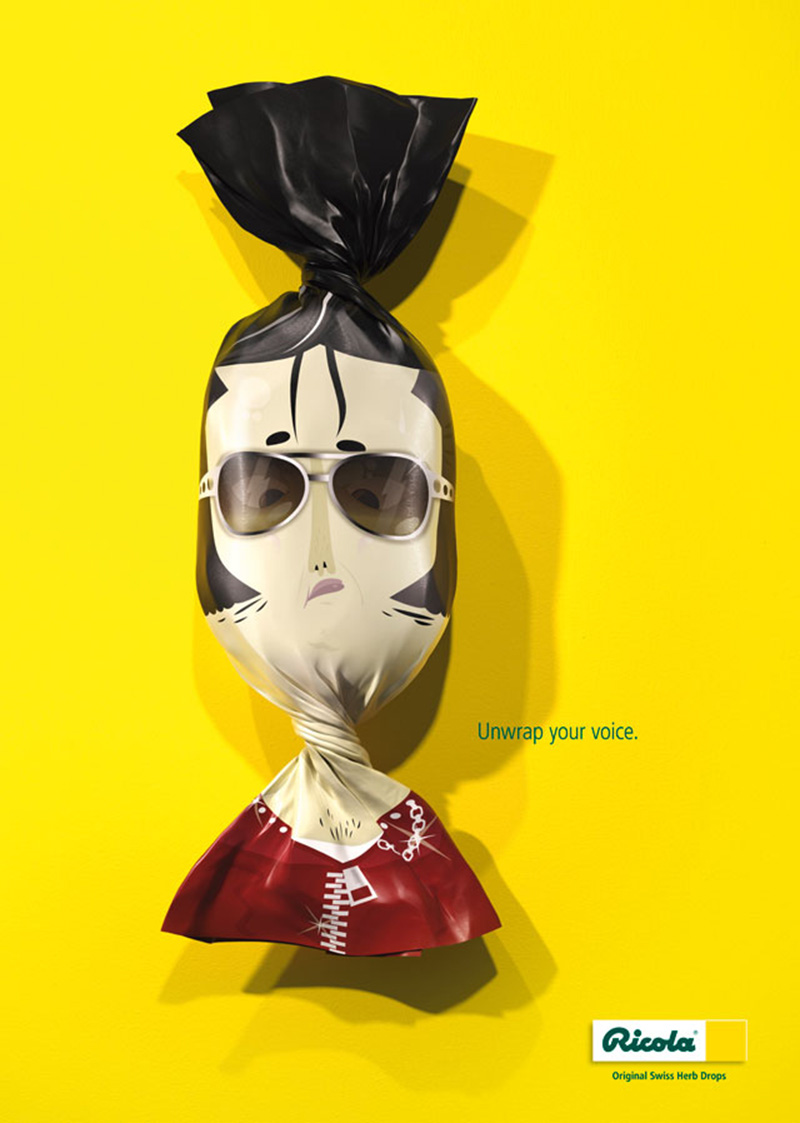 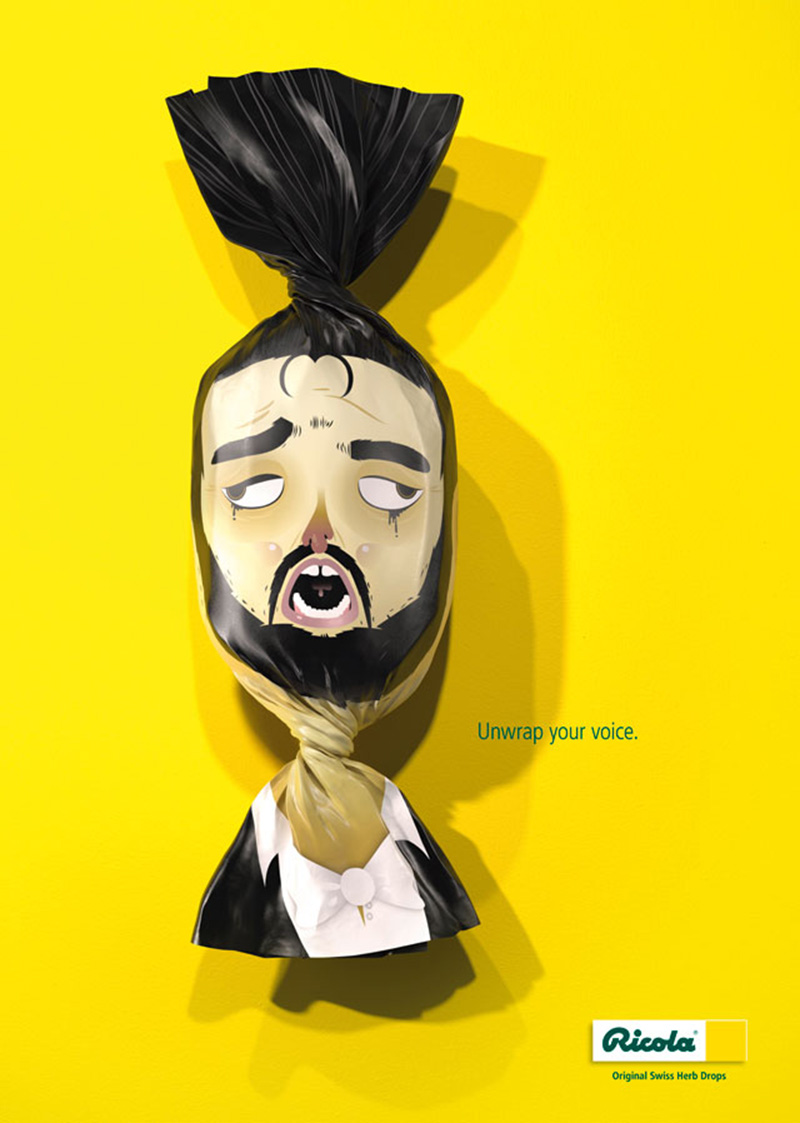 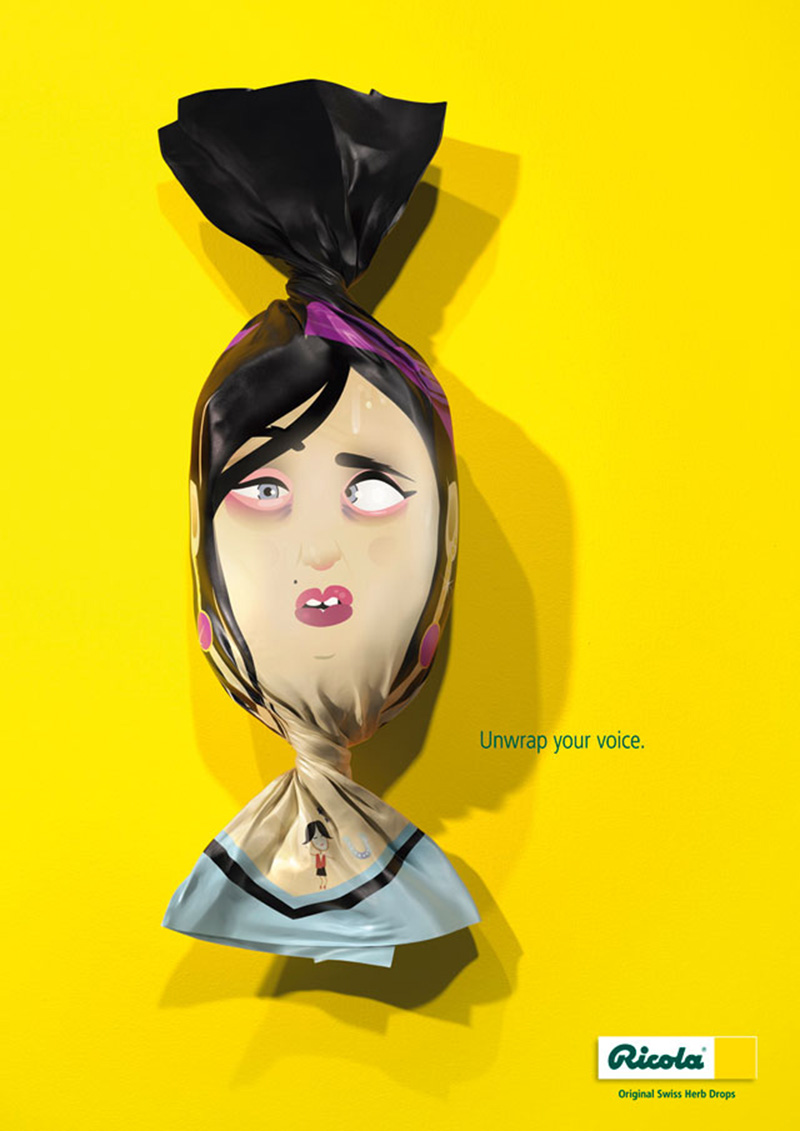 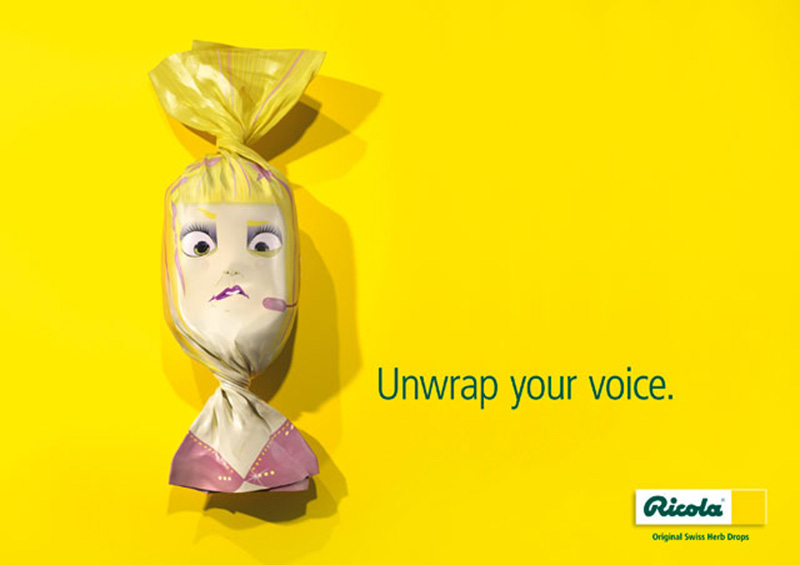 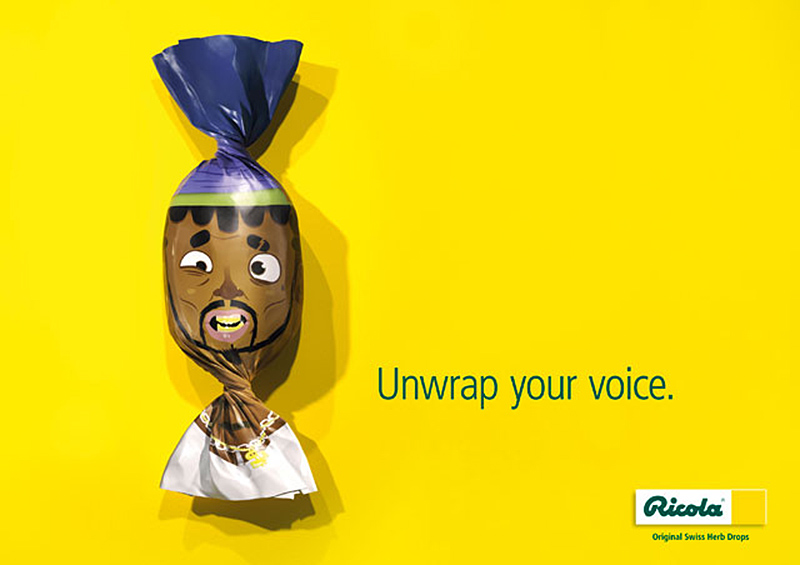 And the lesser seen ads: 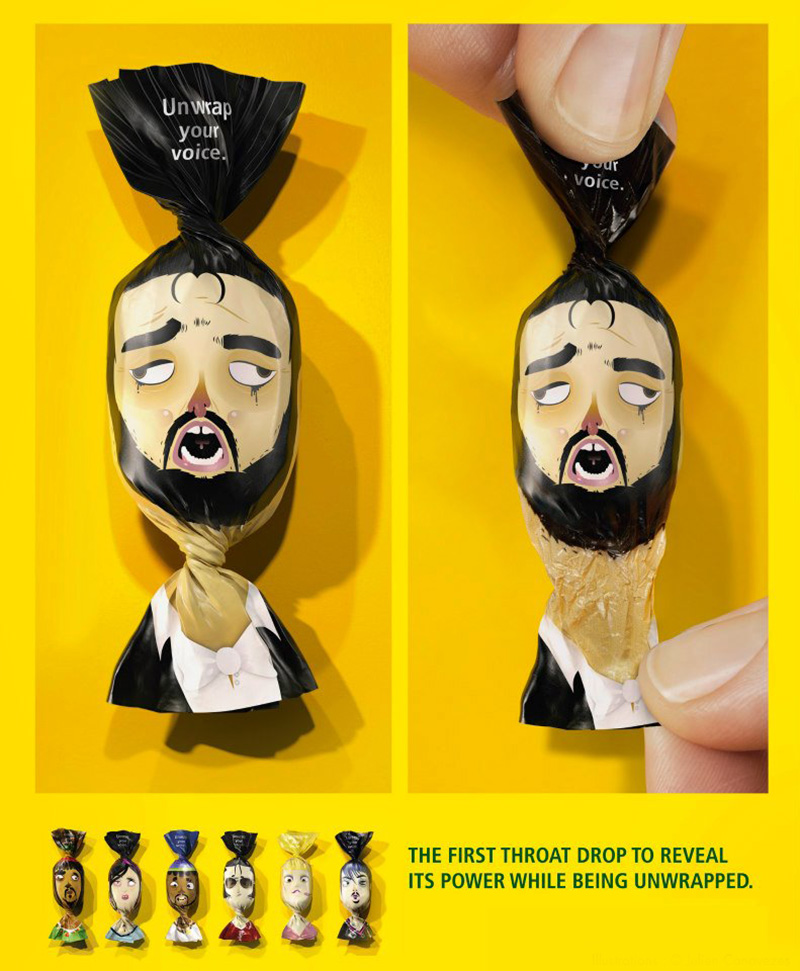 The work has been much lauded including receiving the One Show's Silver Pencil for Package Design in 2012, A One Show Merit for Magazine Campaign Full Page/Spread, an LIA Gold Winner 2012 and a New York Festivals Finalist and Merit 2012.

The famous music icons whose faces wrap around the drops, were illustrated in Julien Canavezes' inimitable style and although the only immediately recognizable visage is that of Elvis Presley, I assume the others represent famous singers as well (Luciano Pavrotti? Madonna? I'm not sure).

The Illustrator
Illustrator Julien Canavezes' work is charming and has been used for several high-profile clients including Nike, Coca-Cola and Xbox. Be sure to check out his portfolio on Behance and his own website, Toyzmachin.