The Ravens Finally Get Their Bling. A Look At The 2013 NFL Championship Ring. 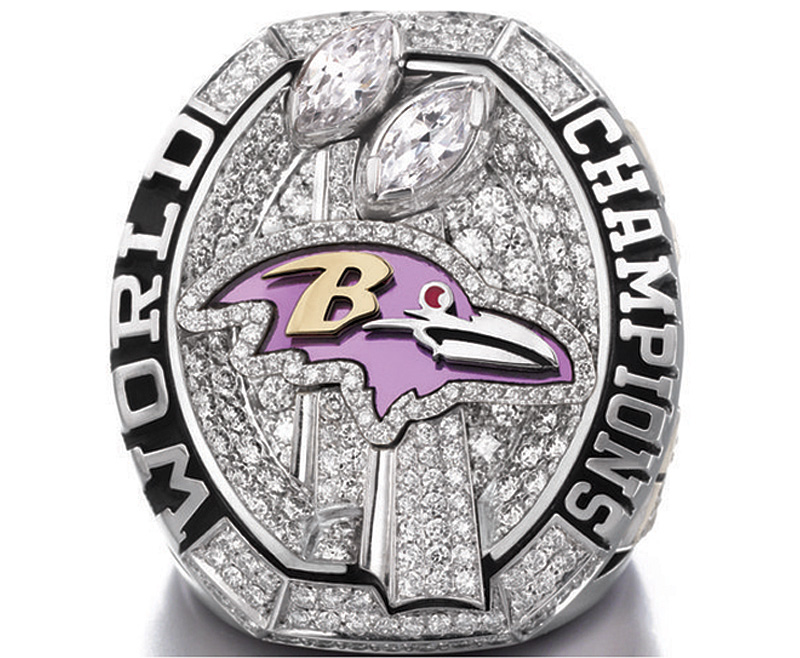 Earlier this month the Baltimore Ravens presented players and staff with their Super Bowl XLVII Championship Ravens Rings during a private ceremony today at The Under Armour Performance Center. Created by Jostens, the leading national custom jewelry designer and producer, the World Championship Ring commemorates the Ravens remarkable 2012 season and marks the second time the Ravens have brought the Lombardi Trophy to Baltimore. 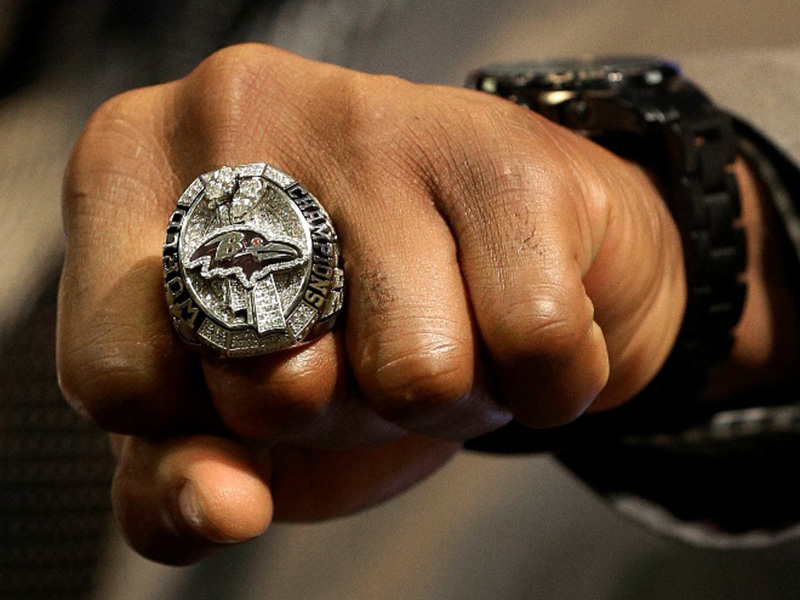 "Emotions ran high as players, coaches and staff were presented with their rings, which symbolize the determination required to win the Super Bowl," said Ravens President, Dick Cass. "The rings are beautiful visual representations of what it means to be a Raven – physical, tough-minded, hardworking and resilient." 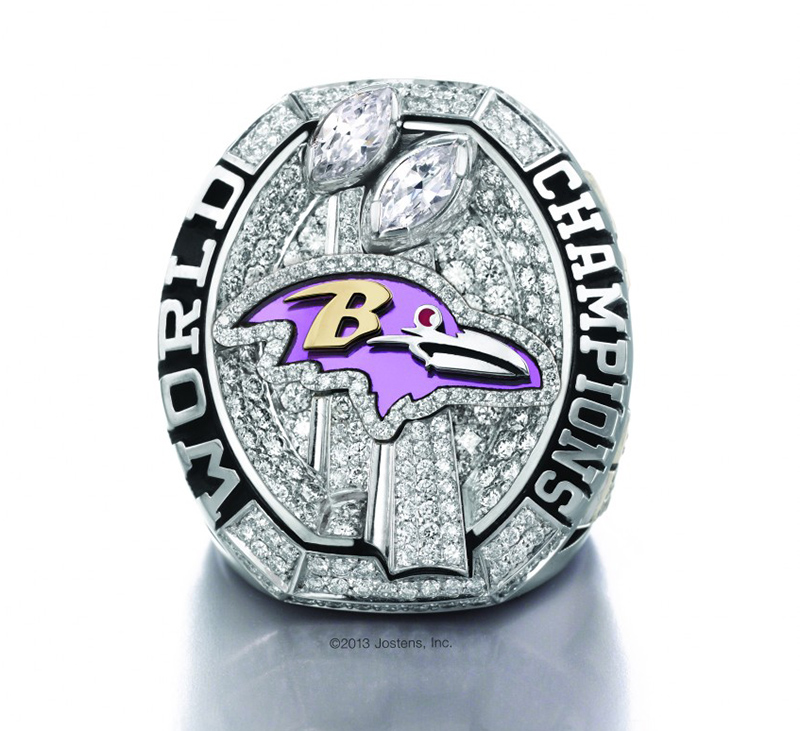 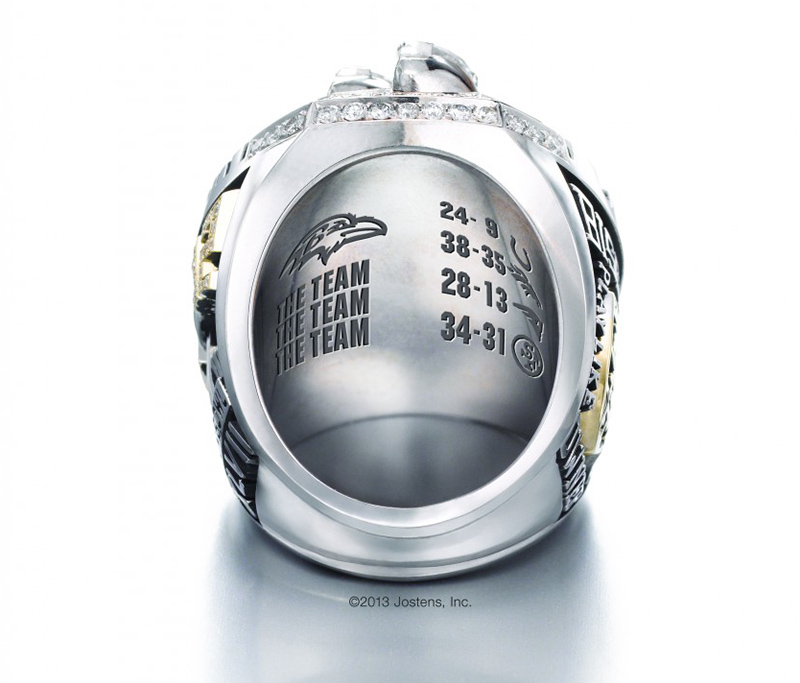 The truly one-of-a-kind ring pays tribute to the rich history and tradition of one of football’s most successful franchises. The design, hand-crafted by Jostens Championship Design team and led by Master Jeweler Miran Armutlu, is fashioned in white and yellow gold and with 243 round cut diamonds. In the center of the ring, the Baltimore Ravens logo is outlined with 40 round brilliant cut diamonds sitting atop a dazzling custom-cut amethyst stone. Behind the logo are two Vince Lombardi Trophies set with 32 round brilliant cut diamonds and two stunning marquise diamonds weighing approximately .75 carats, representing the team’s two World Championship titles. 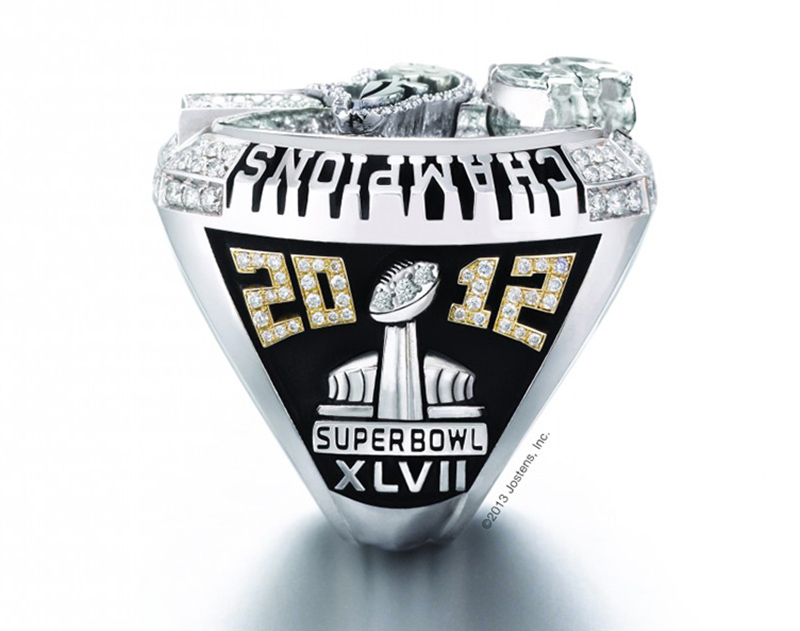 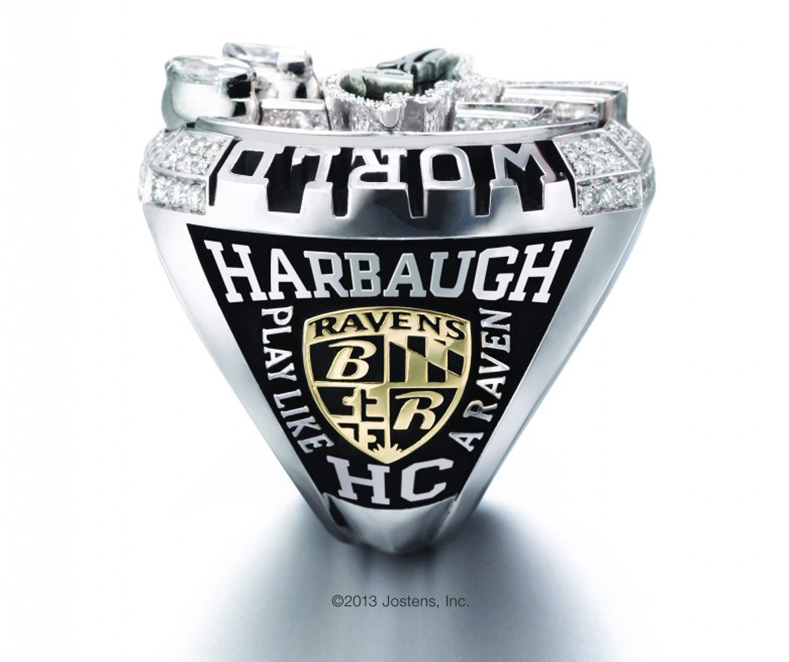 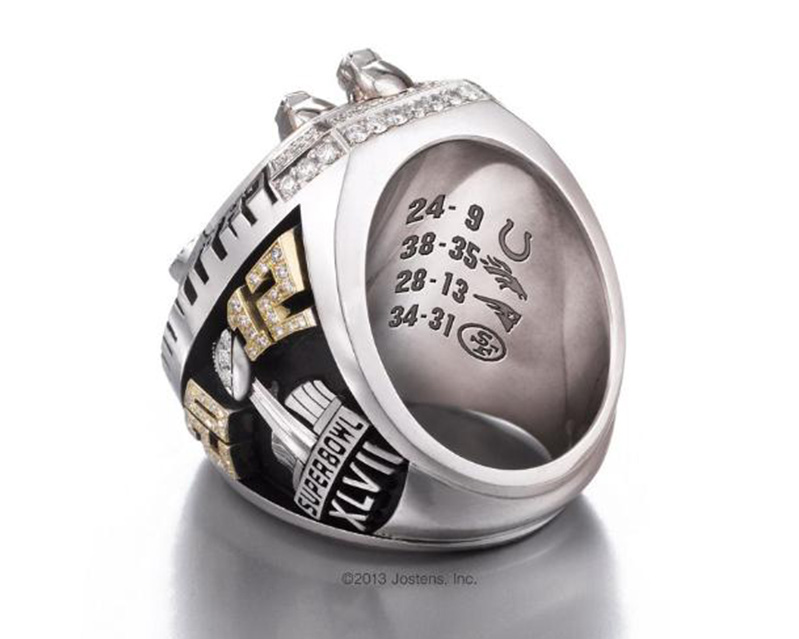 "Jostens is proud to be a partner with the Baltimore Ravens and to collaborate with them on the creation of a ring that celebrates the team’s inclusive culture, winning traditions and their achieving professional football’s pinnacle triumph, the forty-seventh Super Bowl title," said Chris Poitras, Director, Sports Sales and Marketing, Jostens. "Every element of the ring was designed specifically to highlight the best qualities of each of the materials featured. It’s a singularly beautiful piece of fine jewelry that reflects the ultimate unity of the team."

To celebrate the enduring support of Ravens fans during this championship season, the team collaborated again with the Championship Design team at Jostens to create a custom selection of personalized jewelry and collectibles with designs inspired by the Super Bowl XLVII Championship Rings. 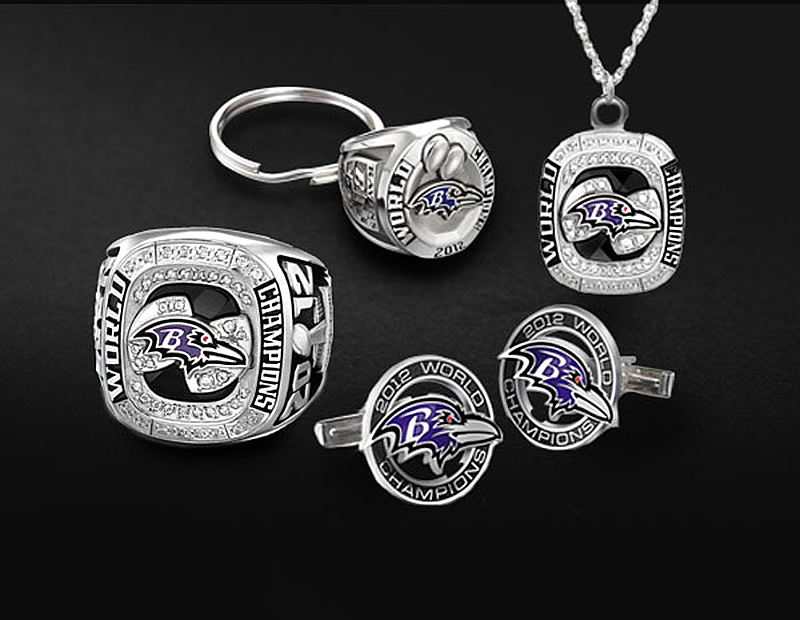 The collection offers every Baltimore Ravens fan the chance to own a piece of Ravens history and, beginning June 7th, can be ordered online at Jostens. 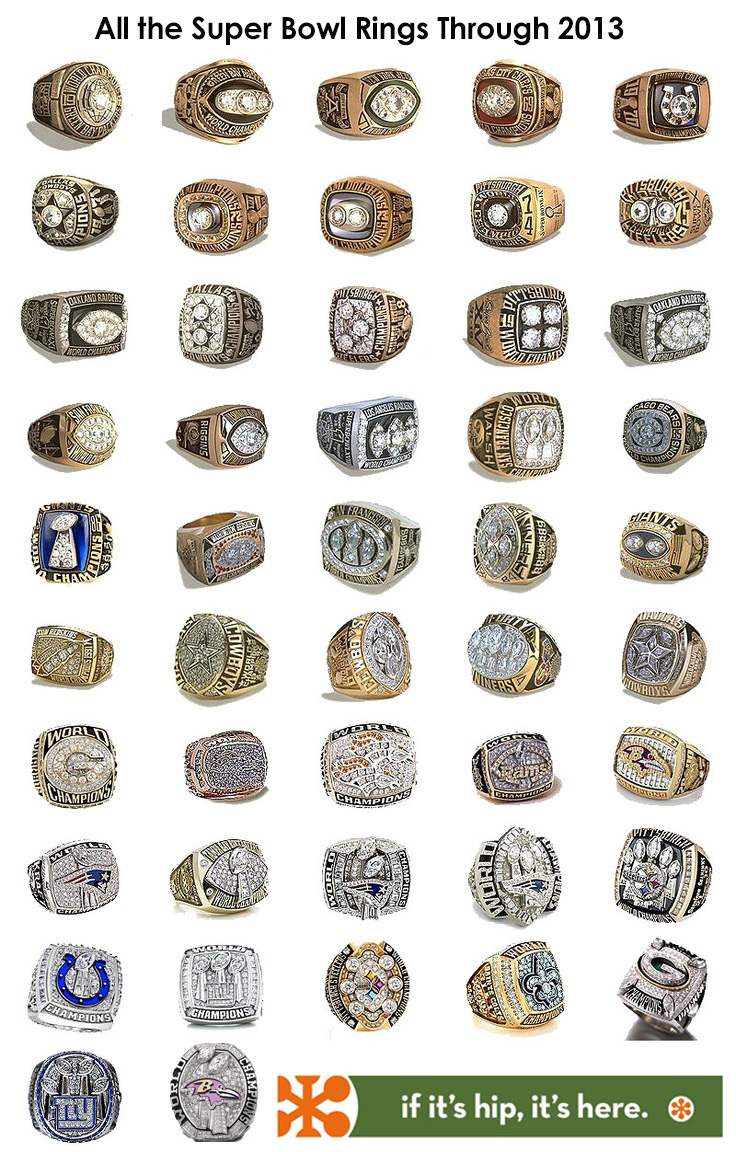