One Step Beyond Beer. Gladness Lager-like Ale From Madness. 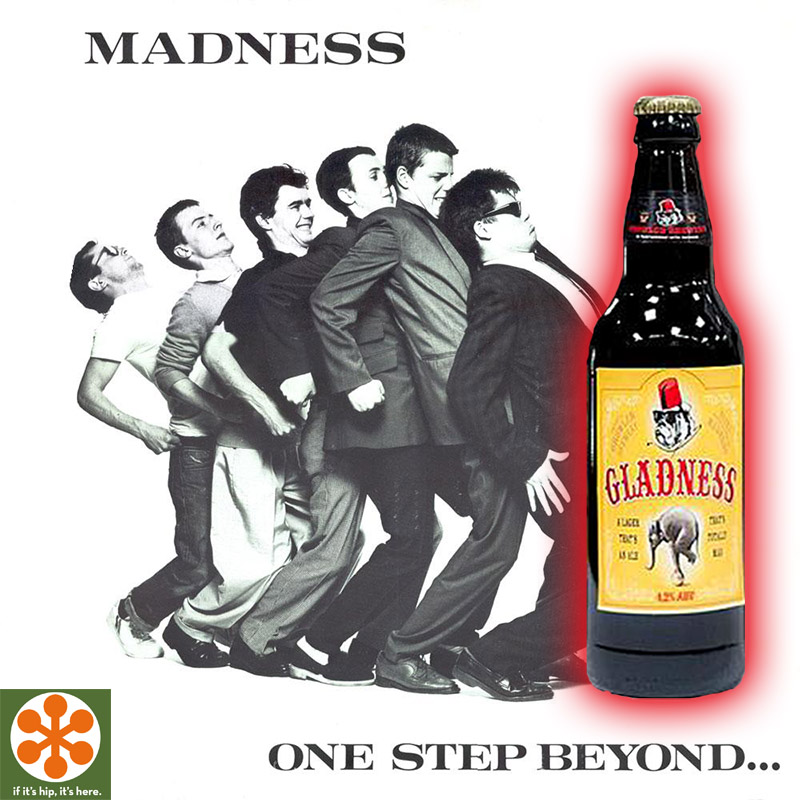 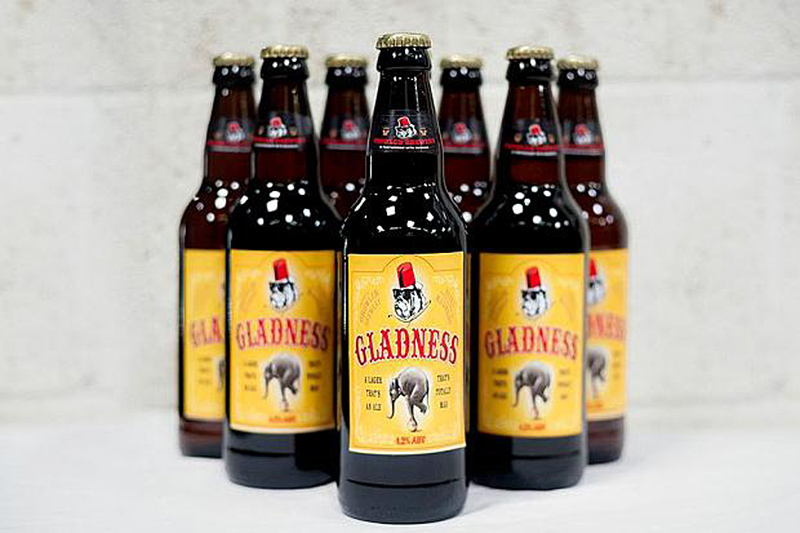 The beer from bands trend continues with a new brew from the chart-topping Ska band Madness. The beer, described as "A lager that's an ale" was brewed in conjunction with Growler Brewery (formerly Nethergate) in Essex. 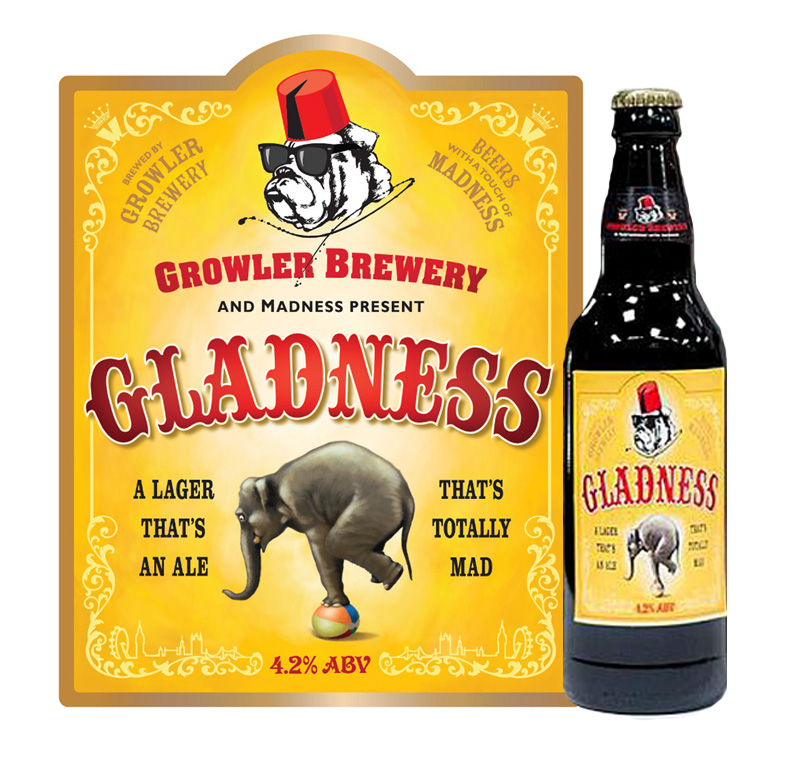 Gladness is 4.2% alcohol and a combination between an ale and a lager- or as the band's publicity calls is “A lager that’s an ale – that’s totally mad.” It is brewed using local Maris Otter malt, a traditional ale variety, and Tettnang and Saaz hops, which are usually associated with European-style lagers. The blonde beer is said to be highly refreshing with a lovely subtle hop flavour and aroma, reminiscent of a pilsner. 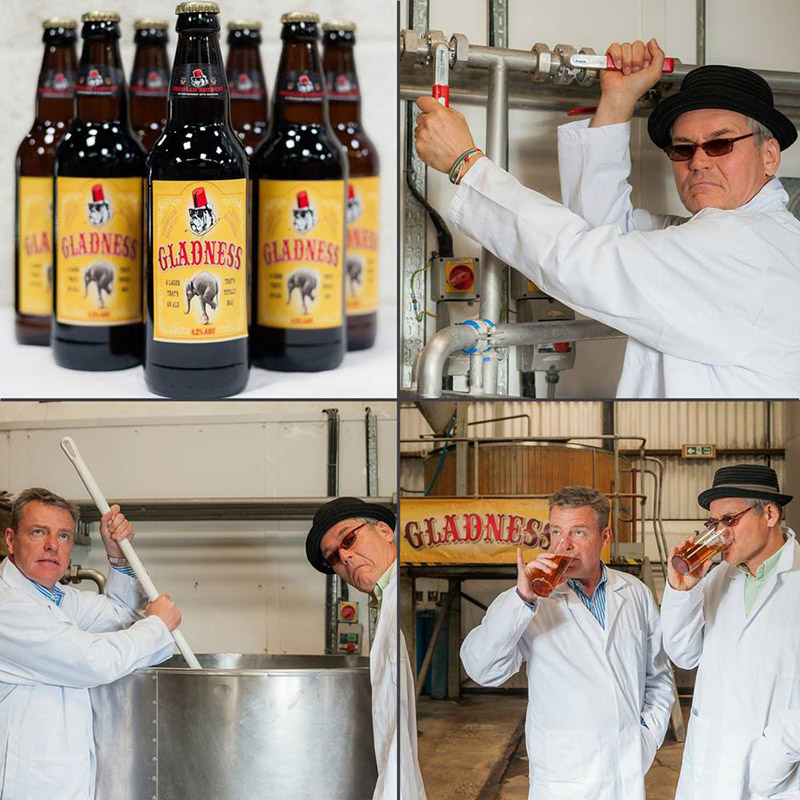 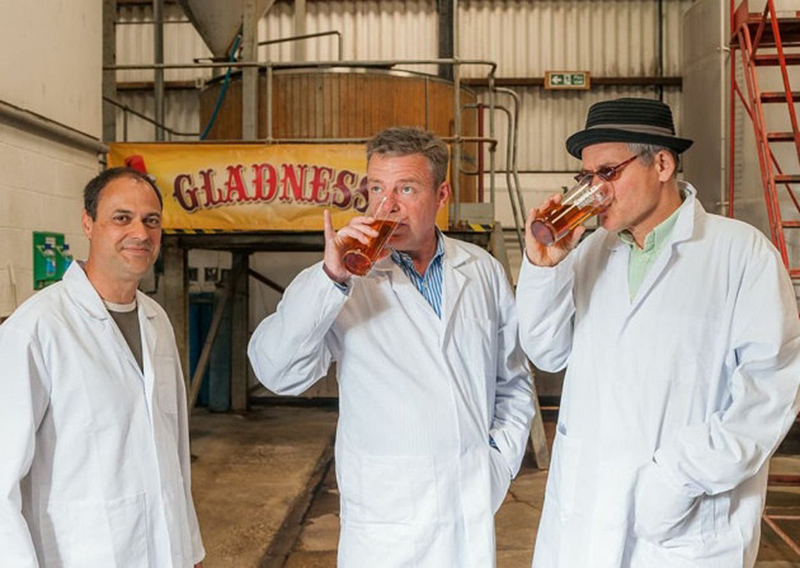 Named after a line in their well-known song "Madness", the beverage will be stocked at 800 venues, owned by Nicholson's Pubs, across the U.K. for the next three months.