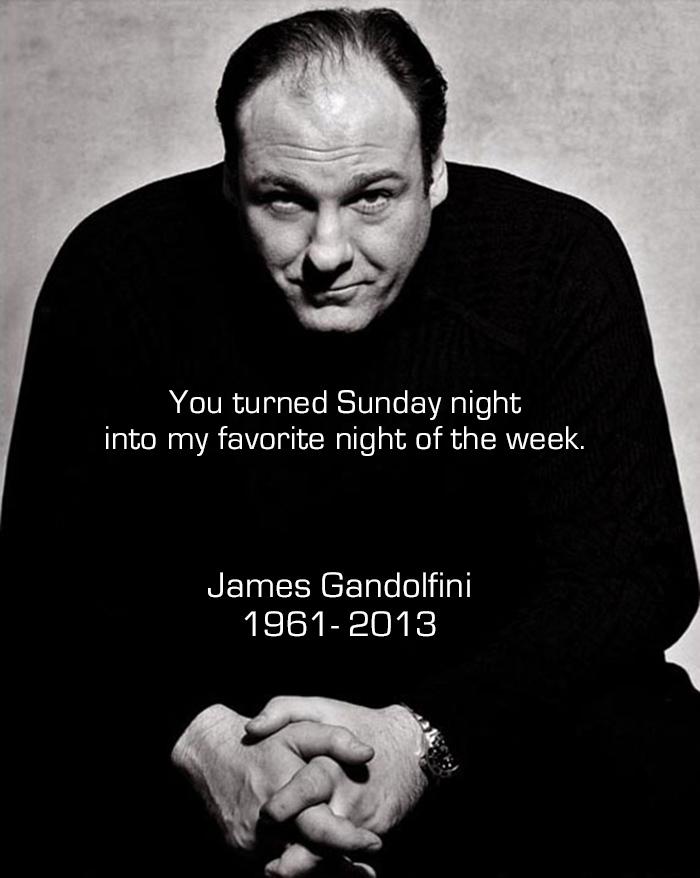 Best remembered as mob boss Tony from seven seasons on "The Sopranos" for which he won three Emmys, actor James Gandolfini has sadly and unexpectedly passed away. The New York Times reports, with confirmation from HBO, that the actor died Wednesday morning in Rome of a massive heart attack while vacationing with his family. 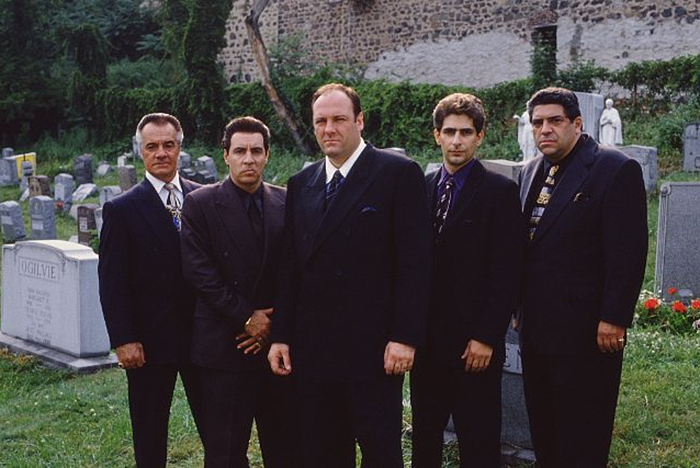 above: Still of James Gandolfini, Steven Van Zandt, Michael Imperioli and Tony Sirico in The Sopranos

The 51 year old New Jersey native was both a superb stage actor (he appeared as Michael in God of Carnage on and off Broadway) and screen actor who helped to make HBO Sunday Nights an occasion in homes worldwide.

His loss will be felt by family, friends and fans alike.